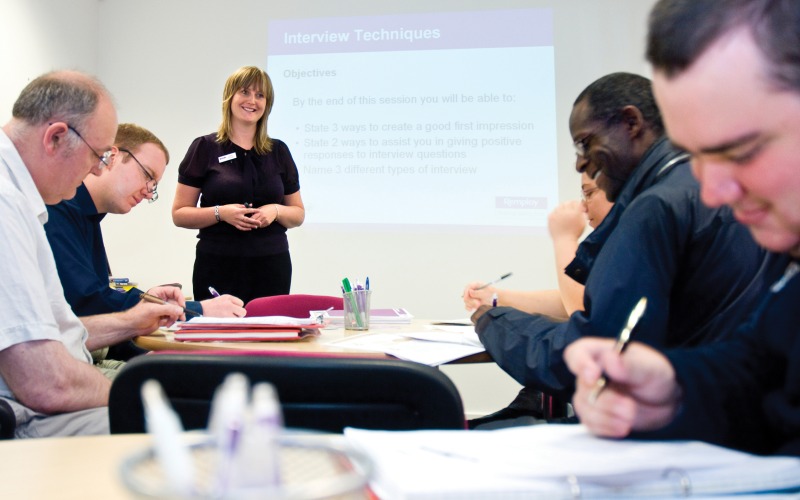 Four of the country’s nine specialist residential training colleges for disabled people are facing an uncertain future after the government announced a huge shake-up of specialist employability support.

The contracting process, completed in less than 15 working days after years of “discussion and consideration”, saw five colleges succeed with their bids, while the other four missed out.

The government says its Specialist Employability Support (SES) programme will provide support for 1,700 disabled people across England, Scotland and Wales every year, and should help 1,250 disabled people into jobs during the initial two-year contracts.

The six contracts awarded – which will go live on 1 September 2015 – will more than double the current number of 800 disabled students currently supported by the nine colleges, and aim to offer “more choice and more convenient support”, although funding “will be maintained at the current level”.

Four of the contracts are for pan-disability provision, with one for people with hearing impairments and another for students with visual impairments.

The six contracts will target disabled people who need the most support to enter work or undertake work-related courses and activities, and will use outreach and partnerships to ensure coverage is nationwide, as well as creating better links with Work Choice and Work Programme providers and voluntary organisations.

The main SES programme will offer intensive provision supporting candidates “all the way to employment”, while SES Start Back will help people who need “a little extra support” to prepare for other work schemes.

The announcement came after the latest jobs figures last month showed the number of disabled people in work fell by 26,000 in the latest quarter, although it rose by more than 141,000 over the year.

An RNIB spokeswoman said: “RNIB and Action for Blind People are obviously disappointed not to have been awarded this contract but nonetheless are delighted that the DWP have understood the need for a contract that specifically responds to the needs of blind and partially-sighted people.

“As a specialist provider of services, RNC is well placed to deliver this contract and we will work with them to ensure great employment outcomes for blind and partially-sighted people going forward.”

She added: “It’s extremely important that we do not make any guesses at to what the future impact of specific decisions may be; it would not be fair to the students or staff at Loughborough College to do so.”

David Etheridge, Finchale’s principal, said: “It was a very quick process after many years of discussion and consideration and perhaps a more considered and a longer-term approach would have been more helpful.

“The contracting process was truncated and it was effectively undertaken over less than 15 working days.”

He said DWP had explained that “they felt they needed to get the situation resolved before the election”.

Etheridge said SES was “a very different scenario” to the current residential training colleges, with a “different method of delivery and requirements, and I hope it works”.

He said he could not comment publicly on what the failure to win the contract would mean for the college, but he confirmed that Finchale does not rely solely on the DWP residential training colleges funding.

Jonathan Powell, QEF’s chief executive, said: “It is difficult to see how QEF’s Vocational Services could continue in its current form beyond September 2015 when the current contract ends, but we will consider all available options.

“At this stage, it seems inevitable that a redundancy consultation will take place.

“We will do all that we can to support the team members affected by this, and will follow the correct procedures.”

He said that “it seems that the key issue which went against QEF Vocational Services was that our employability services are delivered at one site in Surrey”.

He said: “The organisations that were successful have multiple sites where services can be delivered, which is something that would have been economically and operationally unfeasible for QEF Vocational Services to achieve in the time available.

“Naturally, we are disappointed by this outcome, but our priorities now are to support the staff affected, and focus on helping our current trainees to secure employment as we bring our current contract to a successful conclusion.”

QAC has failed to comment on its failure to secure a contract.

The five other existing residential training providers – St Loyes in Devon, Enham in Hampshire and Portland College in Mansfield (working together as Steps to Employment), the Royal National College for the Blind in Hereford, and Doncaster Deaf Trust – were successful with bids.

The announcement means that the controversial US outsourcing giant Maximus, which has just bought Remploy, and also took over provision of the WCA earlier this month, now has a significant chunk of DWP disability contracts.

The company, which has a lengthy record of discrimination, incompetence and alleged fraud in the US and has also been linked with allegations of exploitation and manipulation of government contracts within the Australian welfare-to-work industry, is one of the main Work Programme providers, and last year was awarded contracts to run the new Fit for Work service, and provide the WCA.

Thanks to the Remploy deal, Maximus will also provide mental health support in the workplace under the Access to Work scheme, and will help disabled people into jobs through the Work Choice programme, in addition to the new SES programme contract.

The Royal National College for the Blind (RNC) said its new contract was “an important step in ensuring that every adult with a visual impairment has the tools they need to find work”.

RNC’s contract will be delivered nationally, through a network of local centres and a “central hub” in Hereford, with options including “immersive residential training”, short refresher sessions, vocational training courses leading to careers in specific industries, and other training that will act as a “gateway” to the government’s Work Choice or Work Programme schemes.

A spokesman for Disability Rights UK (DR UK) said: “Historically those facing greatest barriers – like people with significant mental health challenges or learning difficulties or autism, or people using British Sign Language, or simply disabled people who have missed out on education – have often been let down or dumped by employment support services.

“We hope this support will ?go some way to rectify this and will watch with interest.”

A DWP spokesman added: “We are confident that the contracting process was as thorough and robust as possible and the quality of the bids we received reflects this.”

He said potential bidders were alerted on 13 December 2014, while DWP shared information about the SES requirements at an event on 13 January, which “allowed potential bidders to start to formulate their strategy and shape their proposals”.

An invitation to tender document was issued on 30 January, with a deadline of 20 February.

But he said the process of reviewing the provision and contracting arrangements for residential training colleges went back much further.

Liz Sayce, DR UK’s chief executive, suggested “significant changes” to their funding and delivery model in her review of employment support, published in June 2011, while the advisory panel made “further detailed recommendations” in 2013, with DWP holding a final “stakeholder engagement and strategy review exercise” last year, “leading directly to the development of SES”.