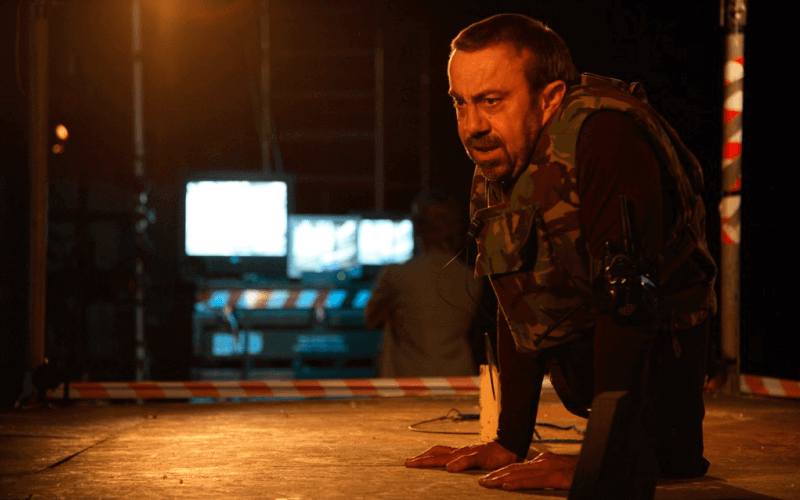 Tributes have been paid across the disability arts community following the death of disabled dancer and actor David Toole, a founder member of Candoco Dance Company.

Among his career highlights were a solo performance at the opening ceremony of the London Paralympics in 2012, and work with companies including Graeae, the Royal Shakespeare Company, DV8, Slung Low and Stopgap Dance Company.

He also appeared in films including Sally Potter’s The Tango Lesson.

“The most unique and left-field man ever and funny beyond words.

“And of course, an extraordinary performer and a unique brilliant dancer. But above all, to all of us in Graeae, he was a dear friend and a cherished collaborator.”

Alan Lane, a friend of Toole and artistic director of Slung Low theatre company, said: “We are all so sad to hear of Dave Toole’s passing.

“It was such a privilege to make so many adventures with him. He had an extraordinary talent; he was a brilliant actor and the very finest dancer we’ve ever seen.”

The International Paralympic Committee also expressed its condolences and said it remembered his performance at the London 2012 Paralympics “with great fondness”.

Toole was awarded an OBE for services to dance and disabled people last year.

Disabled People Against Cuts (DPAC) has launched a new video project that will celebrate the lives and achievements of disabled people during the coronavirus crisis.

DPAC wants disabled people to send videos of between two and four minutes that show what they achieved during the seven months of the pandemic.

The videos could show artistic creations, support that was provided to other people, something that was cooked or grown, reports of campaigns or activism, or even legal actions or journalism.

From Relaxation to Resistance – a Celebration of our Lives in Lockdown will be used for DPAC’s Disability Pride event on the International Day of Disabled People on 3 December.

Videos can be sent to DPAC by email at [email protected].

The Care Quality Commission (CQC) has warned that the COVID-19 pandemic is “magnifying inequalities” across the health and social care systems and “risks turning fault lines into chasms”.

In The State of Health Care and Adult Social Care in England 2019-20, the regulator also warned that the proportion of mental health services for autistic people and people with learning difficulties that were rated as inadequate had risen from four per cent to 13 per cent.

It said this rise was almost all due to “deterioration” in independent services, rather than those in the NHS.

It described the social care sector as “fragile” because of the failure to produce a long-term funding solution, and said that this “long-standing need for reform, investment and workforce planning in adult social care has been thrown into stark relief by the pandemic”.

Because CQC suspended routine inspections in March 2020, due to the pandemic, the ratings examine services up to 31 March 2020, but are compared with the previous year’s figures up to 31 July 2019.

The inequality experienced by disabled people risks becoming further entrenched because of the coronavirus pandemic, according to new analysis by the Equality and Human Rights Commission (EHRC).

In its report, How Coronavirus Has Affected Equality and Human Rights, the commission concludes that “hard-won equality and human rights are at risk of going backwards” for disabled people and other protected groups, including ethnic minority groups and older people.

The report warns that disabled people are likely to have been negatively and disproportionately impacted across employment, poverty, education, social care, justice and personal security.

It says the impact of the pandemic “is already falling disproportionately on groups in society who were already in or close to poverty”, while the economic impact on disabled people and other groups has been “unequal” and is “widening and entrenching existing inequalities”.

It also warns of the concerning rise in domestic abuse during lockdown, which had a “likely disproportionate impact on women, particularly younger women, women from some ethnic minorities and disabled women”.

A new report has highlighted how disabled people across England and Wales have experienced repeated breaches of their rights and cuts to their access to advocacy during the pandemic.

Three-quarters of the 435 independent advocates who took part in the survey the Valuing Voices report is based on said the human rights of the disabled people they supported were not fully upheld during the initial three-month lockdown that began in March.

Almost half (47 per cent) saw blanket restrictions used to confine care home residents to their rooms or prevent them going outside.

Nearly a third (31 per cent) said they had seen “do not attempt cardio-pulmonary resuscitation notices” unlawfully applied to groups of care home residents or other people without the necessary consultation with the individuals or their families.

And 20 per cent had witnessed unlawful blanket decisions to withhold medication and treatment from groups of care home residents if they became ill.

Some advocates encountered council staff who believed they were covered by the controversial Care Act “easements” and so did not have to meet their usual legal duties, even though their council had not asked for the easements to be put in place in their area.

The report says: “This meant people were not getting assessed as they were entitled to or supported as they should be and for some people has had a severe impact on their health, wellbeing and safety.”

More than a quarter of the advocates said that providers such as hospitals had tried to prevent patients or service-users from speaking to advocates, while nearly half (48 per cent) had been unable to meet with some of their clients.

The report also says there was a significant fall in the number of referrals to advocacy services during the spring.

The survey was carried out by independent advocacy organisations including the user-led, Cumbria-based organisation People First, with support from the National Development Team for Inclusion (NDTi).

The government has selected a former Liberal Democrat executive as its preferred candidate to chair the Equality and Human Rights Commission, replacing David Isaac.

Baroness [Kishwer] Falkner is a crossbench peer but previously represented the Liberal Democrats in the House of Lords for 15 years, before a brief spell as a non-affiliated peer.

Before entering the House of Lords, she worked for the Liberal Democrats in the House of Commons and its party headquarters, including a spell as director of international affairs and policy.

She also worked at the Commonwealth Secretariat and as chief executive of Student Partnerships Worldwide, and was a member of parliament’s joint committee on human rights (JCHR) from 2004 to 2010.

Liz Truss, minister for women and equalities, said: “Baroness Falkner’s experience and commitment to equality means she’s an excellent candidate to take forward the important work of the EHRC.”

Baroness Falkner will appear before a joint “scrutiny” meeting of the women and equalities committee and JCHR next month before her appointment is confirmed.

Picture: David Toole in Slung Low’s Beyond the Frontline