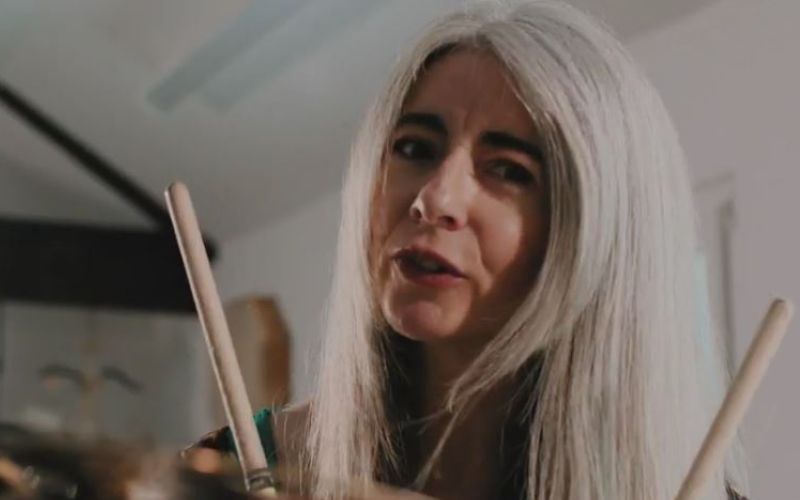 The criminal justice system is failing many disabled people and needs reform to ensure they receive a fair trial, according to a new report by the Equality and Human Rights Commission (EHRC).

The watchdog said the system in England, Wales and Scotland was failing people with learning difficulties, autistic people and those with brain injuries, and was not “systematically” recognising their needs.

Its inquiry – which focused on the pre-trial process – concludes that many people with learning difficulties and mental health conditions are not identified and so are not provided with the adjustments they need to participate properly in the legal process.

It follows an interim report, published in April, which warned of the risks to disabled people’s human rights posed by the rapid increase in the use of video technology in the criminal justice system in England and Wales during the COVID-19 crisis.

Today’s (Thursday) final inquiry report says the framework to provide adjustments for disabled defendants and those accused of crimes is “inadequate”.

It also says that too many legal professionals “do not have adequate training” to deal appropriately with disabled people.

A recurring theme, it says, is the “overuse of complicated legal language and terms”.

The report says: “Many of the defendants and accused people who responded to our survey said they did not understand everything they were charged with, and understood only some or none of what the judge said during their hearings.”

More than 100 leading disabled artists and cultural leaders have called on the culture secretary to take action to protect the future of disability arts in the UK.

In a letter to Oliver Dowden, and culture ministers in the UK’s devolved governments, they warn that the coronavirus pandemic has left many disabled artists “facing long term shielding, a total loss of income, compromised independent living and the risk of invisibility in wider society”.

They call on the government and the sector “to ensure the progress we have collectively made does not falter in this moment of crisis” and to prioritise and celebrate disabled artists, employees and audiences.

The letter adds: “The renewal and recovery of the wider cultural industries must be guided by a fully inclusive approach informed by disabled creative professionals to strengthen the accessibility of the sector and implement the learning from this crisis about home working and online access.”

The open letter was organised by the new UK disability arts alliance #WeShallNotBeRemoved, an “emergency response” to COVID-19 that is led by disabled people working across the UK’s creative industries.

The Scottish government has taken a more cautious approach than the UK government to relaxing guidance on when people shielding from COVID-19 should be able to leave their homes.

The Scottish government’s updated guidance was released days after Disability News Service reported how many disabled people had questioned the UK government’s decision to ease its own stringent guidance.

The UK government decided last week that those shielding in England could now leave their homes for outdoor exercise.

But the new guidance for the 2.2 million people in England seen as “clinically extremely vulnerable” also said that those living alone could spend time outdoors with one person from another household, ideally the same person each time, although they should continue to “take precautions” and “maintain strict social distancing”.

In contrast, the Scottish government’s new guidance says that people who have been shielding should only go outdoors from 18 June and “should not meet people from other households”.

Increasing numbers of disabled and older people believe the government is not doing enough to support them during the COVID-19 pandemic, a new survey suggests.

The survey by the Research Institute for Disabled Consumers (RiDC) is the third it has carried out since the start of the crisis into the impact of the pandemic on disabled and older people.

The first survey (published in early April) found 45 per cent disagreed or strongly disagreed that the government was doing enough to help disabled and older people during the crisis, while the second survey (published early last month) found that had risen to 52 per cent.

Now the final survey, which had more than 750 responses, found that almost 60 per cent disagreed or strongly disagreed that the government was doing enough.

The proportion who agreed or strongly agreed fell over the same period from 21 per cent to less than 15 per cent.

A mass legal action has been launched by 275 disabled people with high support needs over income they lost under universal credit rules.

The group have written to work and pensions secretary Therese Coffey, arguing that they missed out on more than £170 a month because they were moved on to universal credit (UC) before January 2019.

This was the point at which the Department for Work and Pensions (DWP) introduced a new “gateway” system for dealing with those claiming severe disability premium (SDP) under the legacy benefits system.

The gateway system aims to ensure that those previously entitled to SDP do not lose out, by halting their migration onto UC until next year at the earliest.

But the group of disabled people launching the legal claim say they were discriminated against by DWP because they were migrated onto UC before the gateway system was introduced.

Their solicitors, Leigh Day, believe that up to 13,000 disabled people in the UK have been affected and could be entitled to make a claim.

A separate, long-running legal case taken by two disabled men, TP and AR, who also lost out on SDP when they were forced onto UC – which is also being taken through Leigh Day – has been stayed for a year because of the coronavirus pandemic.

A leading disabled campaigner is set to publish a new “memoir, manual and manifesto” that he hopes will drive the fight for “face equality”.

In his book, FACE IT: Facial Disfigurement and My Fight for Face Equality, James Partridge describes his struggle to come to terms with the facial disfigurement he received from severe burns in a car fire in 1970, and how he founded the charity Changing Faces in 1992.

Partridge, now director of Face Equality International, says the book is also a self-help guide for people with facial differences who are “trying to live confident lives in our ‘perfect-face’ society”, as well as a manifesto and “call to action” for “human rights for all people with disfigurements worldwide”.

The book will be published on Monday and can be ordered through his website.

A new scheme hopes to train 40 young disabled Londoners in inclusive design and the accessibility of buildings and services over the next three years.

The Pathways programme by The Centre for Accessible Environments – part of the accessible housing provider Habinteg – aims to equip those taking part for a career in inclusive design and access.

The programme will be funded through a £322,000 grant from City Bridge Trust, and it will include two days of training a month for 12 months, as well as job shadowing and mentoring from industry experts.

Young disabled Londoners (aged 18-30) who are interested in the scheme – part of the trust’s Bridge to Work programme – can book a place at one of two virtual “taster” sessions, on 24 July and 9 September.