You are here: Home / Benefits and Poverty / Sanction threats are likely to harm health of WRAG claimants, says research 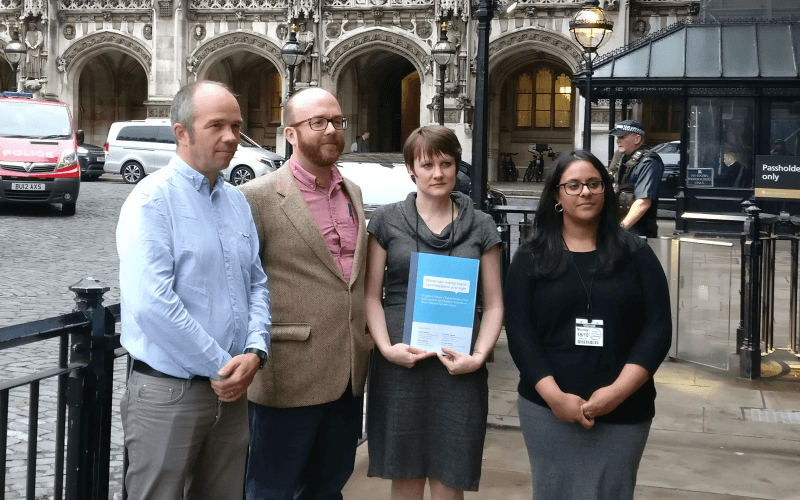 Trying to force disabled people into work by threatening to sanction their benefits is ineffective and likely to harm their health, and even put their lives at risk, according to research co-produced with a disabled people’s organisation.

The fear instilled by the threat of financial sanctions means that many disabled people on out-of-work disability benefits are in a state of “constant anxiety” because they are fearful of losing their income, according to the researchers.

There is also no evidence that this threat helps disabled people move more quickly into jobs, they say*.

The research was “designed, conducted and analysed” by the disabled people’s organisation (DPO) Inclusion London and academics from the University of Essex and Hertfordshire Partnership University NHS Foundation Trust, with disabled people involved in all aspects of the research process.

The authors believe it is the first UK welfare reform research project to be entirely co-produced in collaboration between a DPO and academic researchers.

They spent two years investigating the impact of strict conditions and sanctions on disabled people placed in the work-related activity group (WRAG) of the employment and support allowance (ESA) system.

Disabled people placed in the WRAG can lose up to 100 per cent of their ESA payment if they fail to complete the work-related activity they are told to carry out by a jobcentre adviser, they warn.

Research in 2018 found that more than 110,000 benefit sanctions had been applied to ESA WRAG claimants since 2010, with another 140,000 imposed but later cancelled.

The researchers carried out 15 in-depth interviews with current and former members of the WRAG.

One of those interviewed, Hannah, told them: “But just the thought of being sanctioned is a worry in itself… There’s no ifs or buts, it’s black and white, this way or that’s it. There’s no leniency with anybody.”

Another, Charlie, said: “Your whole time, everything you’re doing revolves around the jobcentre and what they require from you… So, you’re constantly adapting to them rather than them adapting to your needs.”

The researchers say in the study that the “psychological interventions” made by jobcentre advisers would be “rejected as ineffective and harmful” if they were being used as a mental health treatment.

At least 50 per cent of WRAG claimants have pre-existing mental health conditions, the study says.

The study concludes: “The chronic anxiety engendered by the conditionality and sanctioning regime is likely to be psychologically harmful for most people; for people with pre-existing conditions it is potentially catastrophic.”

And they warn that the government’s plans to “entrench conditionality and sanctioning” at the heart of the much-criticised universal credit system “poses the real risk of a public mental health crisis” because it involves imposing “perverse and punitive” conditions on all claimants.

An earlier report based on the research was launched at the Houses of Parliament in October 2018, and led to Ellen Clifford, co-author of both reports, saying she feared the continuing roll-out of universal credit would “further entrench the conditionality approach”.

Nearly all the participants in the research spoke about the importance of peer support or involvement in disability campaigning as a way of coping with life under benefit conditionality, with half of them expressing anger towards the current social security regime.

This attitude of “resistance” provides “a way to form connections with others, make sense of the world and regain a more positive sense of self”, the study found.

The researchers say in the article: “Their comments show how, by contrast to experiences of conditionality which are characterised by feelings of powerlessness under a perverse and punitive system, an attitude of resistance to that system provided a way to form connections with others, make sense of the world and regain a more positive sense of self.”

The researchers recommend closer links between welfare researchers, the government and DPOs so they can develop new ways to engage disabled people in work-related activity.

They admit that a key limitation of their research was that they interviewed only a small number of people and “there may have been a tendency for people with more negative experiences of the WRAG to come forward”, but they say they produced similar findings to much larger studies.