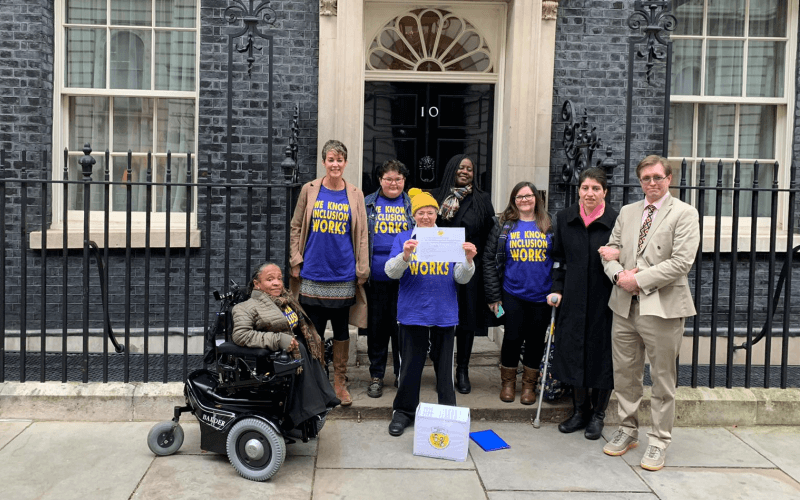 Secondary schools across England are breaching their legal duty to publish plans showing how they will improve access for disabled pupils, according to new research published today (Thursday).

The research, carried out on behalf of The Alliance for Inclusive Education (ALLFIE), says the government, the education watchdog Ofsted and local authorities are all failing to monitor how schools are meeting their legal duties to publish these accessibility plans.

The legal duties have been in place since 2002, with the first plans published in 2003, and new versions due to be published in April 2021.

Schools are supposed to use the plans, described as “a hidden secret”, to show how they will improve access – including the impact of noise, lighting and physical barriers on disabled pupils – and develop an accessible curriculum.

But the research found that many schools have made little effort to publicise their plans, so disabled students and their parents are often unaware they exist and unable to use them to challenge disabling practices.

Of 127 local authorities in England that responded to a freedom of information request, almost two-thirds did not know how many schools in their area had accessibility plans in place.

Those plans that do exist often fail to comply with legal requirements and are more of a tick-box exercise, with promises unfulfilled and meaningless in practice, according to the report.

The report, by disabled academic Dr Armineh Soorenian, who herself had experience of mainstream and segregated education and home schooling as a child, says schools are breaching their duties under equality laws and the UN Convention on the Rights of Persons with Disabilities.

Her report was due to be launched at the Supreme Court today (Thursday) as ALLFIE held a day of action to draw attention to the failure of schools to be fully inclusive of disabled pupils.

ALLFIE was also due to hand in a petition at 10 Downing Street (pictured) that has been signed by more than 107,000 people and which calls on the prime minister and the education secretary not to “shut disabled people out of mainstream education”.

It came as Ofsted this week published its annual report, which raised concerns of “a lack of coherence and coordination” and “fractures in assessment and planning” in the provision of education for disabled children.

The ALLFIE research included input from more than 400 respondents, through focus groups, interviews and surveys with disabled pupils, their parents and education professionals.

Many of the parents did not realise that schools were legally required to provide lifts, ramps or other reasonable adjustments.

Parents said they often met discriminatory attitudes and obstacles that denied them the opportunity to make informed decisions regarding their child’s education, the report found, and were sometimes forced to choose a special school or home schooling because they feared their child would receive inadequate support at a mainstream school.

Disabled young people who took part in the research described how the reasonable adjustments they tried to secure for exams and assessments were “unpredictable and inconsistent” and sometimes even led to “blatant refusals”.

The pupils spoke of teachers’ “negative attitudes and lack of understanding of their diverse needs”.

Parents of disabled children described how they were met with “non-compliance and inflexible attitudes” when they tried to persuade staff to address access barriers.

Some even spoke of being “coerced” into signing letters accepting “part-time” contracts for their child or endorsing their child’s non-attendance at school.

One mother described how her disabled son repeatedly refused to miss a day of school despite being severely bullied, including being beaten up, thrown in a river, attacked in a lane, and bullied on social media, and even being put in a bin (in an incident caught on CCTV). The report says such incidents were disability hate crimes.

Among its recommendations, the report calls for Ofsted to be given a new legal duty to monitor the implementation and impact of accessibility plans, while it says the Department for Education (DfE) must monitor, promote and enforce their development and implementation.

Other recommendations include the incorporation of disability history into school curriculums; disabled pupils to be given regular opportunities to express their views on teaching practices; and schools to be “created, built and planned with the needs of Disabled young people in mind”.

“They should promote them rather than hiding them away in the furthest reaches of their website.

“Crucially, schools clearly need to turn the fine words often set out in those plans into meaningful support for disabled pupils and their parents.”

Ofsted had not responded by noon today (Thursday).

But she said in a statement: “The Equality Act 2010 places a duty on all schools to support disabled children and young people.

“Schools must have accessibility plans which set out how they will improve access to the curriculum and make sure their buildings enable disabled pupils to take full advantage of the school.”

DfE said it was investing £365 million between 2018-19 and 2020-21 through the Special Provision Capital Fund, which will support local authorities to make capital investments in provision for pupils with special educational needs and disabilities (SEND) in mainstream and segregated provision.

It said this funding, as well as the basic need allocations provided to local authorities, and funding for new free schools, would “make a real difference” to disabled children attending those schools.

But ALLFIE said the percentage of pupils with SEND in mainstream schools had fallen by 24 per cent since 2012 while the number in special schools had risen by nearly a third as the government was planning “costly new special schools”.

Michelle Daley, ALLFIE’s interim director, said: “Accessibility plans must focus not only on the removal of physical barriers in schools, but on challenging attitudinal, systemic and other obstacles within the admissions process so disabled learners can attend their preferred school and achieve their full potential.

“That is an internationally-recognised human right.”

The research was funded by DRILL (Disability Research on Independent Living and Learning), a £5 million research programme funded by the Big Lottery Fund, and delivered by Disability Rights UK, Disability Action (in Northern Ireland), Inclusion Scotland and Disability Wales.