The Scottish government has described the 93 actions it believes will help Scotland meet its obligations under the UN disability convention, and address some of the harm caused to disabled people by the UK government’s “austerity economics” policies.

It published its five-year plan, A Fairer Scotland for Disabled People, on the eve of the UN’s International Day of Persons with Disabilities, and less than a month after the UN’s committee on the rights of persons with disabilities found the UK government was guilty of “grave or systematic violations” of the convention.

The delivery plan was described by Dr Jim Elder-Woodward, the disabled chair of the Scottish Independent Living Coalition, as a “sterling start” towards ensuring that the UN convention had a positive impact on the lives of disabled people in Scotland.

Among the 93 actions, the Scottish government said it would extend the Independent Living Fund scheme it set up in the wake of the closure of the UK-wide version of the fund, offering it to new members for the first time with the help of £5 million-a-year of new funding, in addition to £47.2 million-a-year for its 2,700 existing Scottish users.

It pledged a shift towards care that focuses on achieving independent living, and said it would also improve the “portability” of care – the ease with which a disabled person can take their support package with them when they move between local authority areas.

The plan also includes a pledge to halve the disability employment gap, a similar promise to that made by the UK government, although with no date to match the 2020 target set – and then dropped – by ministers in Westminster.

It promises a one-year transition to a “voluntary and person-led” employment scheme that will support disabled people from April 2018.

And it promises to set up – thanks to new powers devolved to Scotland to control part of the social security budget – a welfare system that “treats people with dignity and respect while applying for, being assessed for, and receiving disability benefits”.

New social security experience panels will involve at least 2,000 people with recent experience of receiving benefits to “help to design and test the new system to ensure it works for them”.

On accessibility, it promises to ensure that each local authority sets a “realistic target” for building wheelchair-accessible housing, and reports annually on its progress.

On legal rights, it will abolish fees for employment tribunals, and ensure that the seven main criminal justice organisations carry out audits of their buildings to “identify any physical access barriers that need to be removed”.

The Scottish government also promises to extend its Access to Elected Office Fund (Scotland) to the Scottish parliamentary elections in 2021.

The pledge contrasts with the UK government’s version of the fund, which has been lying dormant since the 2015 general election while its effectiveness is supposedly being reviewed.

The Scottish version was set to expire in 2017, but the new plan promises to use an evaluation of the fund to “make any necessary improvements to ensure it works for disabled people”, and then extend it until 2021.

A Scottish government spokeswoman said the fund would be available for disabled people who want to stand in all Scottish national and local elections between 2017 and 2021, including by-elections, although not candidates standing at UK parliamentary elections, which she said were “the responsibility of the UK government”.

She said: “This plan sets out a positive direction of travel towards a fairer Scotland for disabled people, based on a firm foundation of human rights.

“Specific commitments on funding for internships, to promote volunteering and to help address the under-representation of disabled people in politics and public life are particularly welcome.

“But the challenge now is to transform ambitions into actions that will, in turn, transform disabled people’s lives and the country we live in.

“There is much to be done and no time to lose.”

Among other disabled people welcoming the plan was campaigner Chris Baird, who said: “Disability hate crime has sky-rocketed in the last few years, as we’ve been stigmatised and demonised by UK politicians and much of the media.

“This disability plan, together with the new social security system, is a chance to put right some of the wrongs and treat people better.”

Jamie Szymkowiak, founder of the user-led, cross-party campaign One in Five – which wants to see the number of disabled politicians in Scotland reflect the proportion of disabled people in society – said the extension of funding for the access to elected office scheme was “fantastic news”.

He said: “An early announcement confirming financial support for aspiring disabled politicians is exactly what we at One in Five were calling for.

“Safe in the knowledge that the financial barrier to elected office has been removed, this early commitment provides disabled people with plenty of time to develop into political representatives of the future.”

Social security minister Jeane Freeman, who launched the plan on Friday (2 December) in Glasgow, said: “Over a million disabled people contribute to Scotland’s communities and add talent, diversity and richness to our society.

“Our goal is for every one of that million to have choice, control, dignity and freedom to live the life they choose with the support they need to do so.”

She added: “At a time when the UK government is undermining the human rights of disabled people with its programme of austerity and welfare cuts and a blatant disregard for the impact it has on disabled people’s lives, we are committing to furthering rights.

“Given that the UN declared last month that there was evidence of ‘grave or systematic violations’ of the Convention on the Rights of Persons with Disabilities, it’s no wonder disabled people feel this is an assault on their wellbeing, and makes the need for change more pressing.”

Discussions with disabled people and their organisations early next year will lead to the Scottish government setting priorities for action and timescales, followed by a Fairer Scotland progress report in 2019.

Disabled people’s panels will be set up to cover each of the plan’s five areas, providing advice on implementation of key actions and how to measure progress.

A progress report will be laid before the Scottish parliament in early 2021 to determine where the government needs to focus its efforts during the 2021-26 parliamentary session. 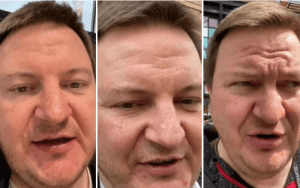