You are here: Home / Activism and Campaigning / Setback for disabled people’s union, but activists insist ‘it’s an idea whose time has come’ 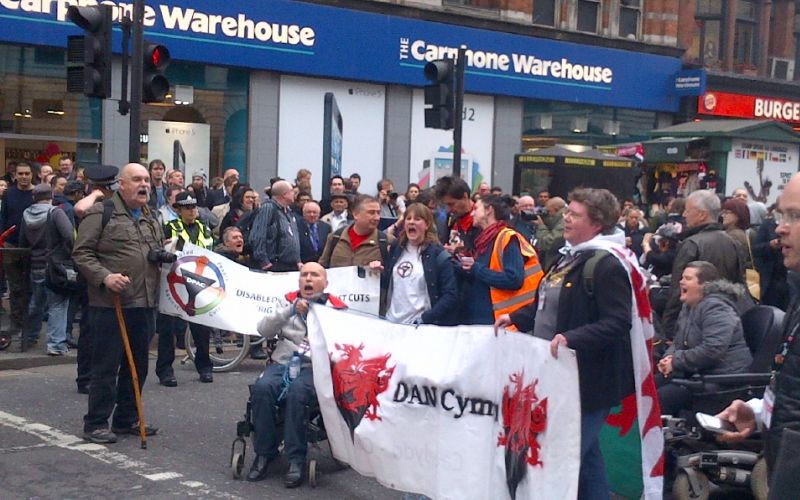 More campaigners have added their voices to calls for a new national organisation of disabled people that they hope would bring together the “fragmented” disability movement.

The idea is still being widely discussed, even though at least two of the campaigners who had been working on one project, to set up a “disabled people’s union”, withdrew from the scheme after being attacked on social media by other activists.

Dr Sarah Campbell, one of the campaigners who was supporting the project, published a blog this week explaining why she had decided to pull out.

She said she had been called a “traitor” for her previous work on the Spartacus campaign with Sue Marsh, the disabled activist who caused controversy earlier this year by accepting a senior position with the controversial US outsourcing giant Maximus.

Campbell had previously written a blog calling on disabled people to put their differences aside on issues such as social security, social care and inclusion, and unite in a new organisation.

Campbell, who was principal co-author of the Spartacus report and has campaigned on other issues around support for disabled people, said: “I don’t have the physical strength to deal both with internal disability politics and campaigning and will now take the time to recover as much as will be possible from recent illness.

“I still hope that a way forward can be found and wish all disability campaigners well in the battles ahead.”

Many fellow campaigners told Campbell that the attacks were not representative of most disabled people’s views, and praised her commitment to disability rights.

Another disabled campaigner, Jayne Linney, also posted a blog this week about the attacks.

She wrote: “To my horror, in this very short period of time several of those willing to do the backroom work have been bullied and verbally assaulted by the same people who purport to believe in campaigning and challenging for our rights.

“So much so, that a number of the individuals willing to use their spare energy have said they can no longer continue.”

She added: “Isn’t it enough that people are dying through the bullying of Jobcentre & other DWP staff, without resorting to this behaviour ourselves?”

She said that she and others were continuing to work on developing a “unifying project for disabled people, a group that can challenge the government with authority”, but that this work would be “much more difficult without the lost expertise”.

Ian Jones, co-founder of the WOWcampaign, said he believed there was “a space for an inclusive organisation that we can all relate to”, and that it was “an idea whose time has come”, but needed a different approach than the current project, which had been based around social media.

He said: “The way to do it is to talk to disabled leaders and try to get movement from them.”

He said the disability movement was currently “too fragmented”, and added: “We have got to find a way of getting everybody involved.”

Both Disabled People Against Cuts (DPAC) and Black Triangle – two of the most influential grassroots organisations of disabled people – said they did not oppose the initiative but currently needed to focus on other areas.

John McArdle, co-founder of Black Triangle, said: “Black Triangle does not in any way oppose such an initiative.

“We do lack activists, money and other resources as a disabled people’s organisation to contribute to such a project at this time.

“We will continue to work effectively with our sister organisation DPAC towards the realisation of our goal: nothing less that the full implementation of the UNCRPD [UN Convention on the Rights of Persons with Disabilities] in the UK, and restoration and respect for the fundamental human rights of disabled people throughout Britain.”

DPAC’s steering group said in a statement: “The election result was devastating for disabled people and naturally since then activists and campaigners have been looking at ways to do things better and how to more effectively link up and co-ordinate our resistance.

“The result has been lots of different people working on lots of different ideas. We respect and welcome every act of disabled people self-organising in defence of our rights but time and resources do not allow us to be directly involved in everything.

“At DPAC, our focus has been on building the Reclaiming Our Futures Alliance (ROFA) and developing that national network in order to co-ordinate between DDPOs (Deaf and disabled people’s organisations), disabled people-led campaigns and trade union disabled workers’ committees across England.

“We hope to see as many people as possible at the ROFA conference in Sheffield on 14 July and all Deaf and disabled people-led organisations and groups are welcome.

“We have also been focused on ensuring Deaf and disabled people’s issues are central to mainstream movements such as The People’s Assembly (PA).

“We are delighted that for the first time the PA is funding British Sign Language interpretation for their demo on 20 June.”