You are here: Home / Independent Living / Shock and dismay over death of disabled woman abandoned without care 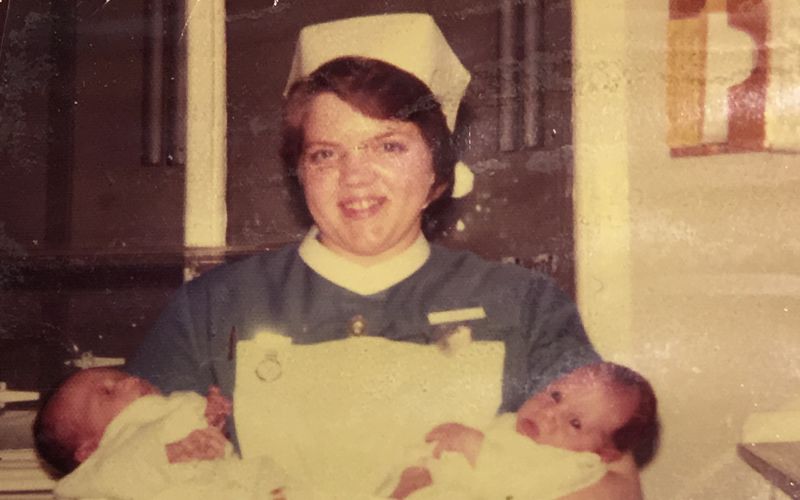 User-led organisations have reacted with shock and dismay to the “scandalous” failings of a council and care agencies that led to a disabled, terminally-ill woman being abandoned without any personal care just a few days before she died.

Anne Savidge was told by Portsmouth City Council last December that there were no longer any of 18 care agencies in the city who were prepared to provide her with services.

This week, four user-led organisations have spoken of their concern at what happened, the “irresponsible buck-passing” of some of the agencies, the failings of Portsmouth City Council, and the impact of her death on other service-users in the city.

Disability News Service (DNS) has established that over what appears to be a period of about two years, all 18 different agencies told the council that they were not prepared or able to provide Anne Savidge with personal care.

For many of them this was because she had been verbally abusive to their staff, while Savidge (pictured, during her career as a midwife) had told other agencies she no longer wanted to use their services.

As a result, on 10 December she was left without any personal care, even though the council knew she had high support needs, was terminally-ill with cancer, and had been assessed as needing two-and-a-half hours of support a day.

Although she continued to receive healthcare treatment from a district nurse – and some emergency help from a disabled friend, Geoff Holt, and his wife – all the council-funded help she had been receiving with washing, dressing and toileting, and support with food and medication, was withdrawn.

Six days later, she was admitted to hospital, where she died on 21 December. Her funeral took place yesterday (Wednesday), with Holt delivering a eulogy.

He had highlighted the circumstances of her death at a council meeting earlier this month, which forced the leader of the Conservative-led council to order an inquiry.

Holt told the council: “Anne sat there, mostly in her wheelchair, for five days, in pain, her bladder tumour now oozing blood on her clothes, no food, frightened to drink because she would wet herself, not even having her hands and face washed.

“She was dehydrated through not drinking, she was toxic with drugs, including morphine, not to mention the toxicity of her cancer.”

He added: “She was dying, she was frightened, she was in pain, she was alone with reduced mental capacity, and she had no one to even come in and fulfil her basic care needs.”

By 12 December, he said, there had already been “washing-up growing mould in the sink and soiled clothing and bedding cluttering up her home” and his friend had not washed for days.

Lynne Rigby, principal officer of Portsmouth Disability Forum, who knew Anne Savidge, told DNS this week that her death had had a significant impact on many other service-users in the city, who were now “expressing their own concerns about what might happen to them if they were in a similar circumstance”.

She said she was “very shocked and saddened that this has occurred” and added: “We are aware of numerous people who live on their own and have quite difficult situations.

“It really does frighten them. The people I have spoken to are not people who frighten easily.”

The forum now plans to contact the council’s adult social care department and ask what it plans to do “to allay these concerns”.

Rigby said people had told her, following Savidge’s death, that care agencies should be aware that many impairments and conditions have an impact on a person’s behaviour and that staff “should be trained to recognise and to understand that”.

She said: “From what I have heard and interpreted she was being verbally abusive; that’s not nice, but people moan and shout and groan and swear and everything.

“She was a little lady and she was in a wheelchair, profoundly disabled.

“I find it a little hard to comprehend that somebody could be so badly affected by anything said or done that they would not be able to continue to help.

“We really, really must learn from this and make sure nobody else finds themselves in the same circumstances, whether a disabled person or not.”

Ian Loynes, chief executive of SPECTRUM Centre for Independent Living, which is based in nearby Southampton, said: “SPECTRUM views with dismay the catalogue of irresponsible buck passing of the 18 care agencies involved and of the council in failing to spot these trends and addressing the inevitable safeguarding consequences.

“Anne was failed by the system, a system which valued profit and loss over human life; a system which farms out care to the cheapest provider and a system which does not have a collective responsibility of duty of care or moral compass.

“Anne was deserted and badly let down in her hour of need.”

Professor Peter Beresford, co-chair of the national service-user network Shaping Our Lives, said: “We can only hope that there will be the most thorough independent inquiry into the particular circumstances of the withdrawal of support in the case of Anne Savidge.

“The truth is she should have been entitled to specialist palliative care support, including social work support, but does not seem to have been receiving it.

“End of life care issues are complex and demand the greatest skill and expertise, which is why the modern hospice movement was pioneered.

“Private care agencies often don’t have the skills or resources that are needed.

“If prisoners who are dying can be brought out of incarceration to get quality care from specialist hospices as they actually nowadays do sometimes, I can’t see what justification can be offered for the failure to offer Anne Savidge appropriate and adequate support and care in her last days.”

He said: “The brutal truth is that social care is a means and needs-tested service still operating according to the punitive principles of the Victorian poor law.

“There are no clear and principled entitlements to social care. Instead the system still effectively operates on the basis of archaic ‘eligibility criteria’ which are really just about not spending beyond the inadequate cash in the kitty provided by central government.”

Anne Pridmore, director of Being the Boss, which supports disabled people who employ personal assistants, said the way Anne Savidge had been treated in the days before her death was “scandalous”.

She said: “However abusive she was, to just leave a person like that to, in the end, die without any care… I feel extremely angry that it got to that situation in this country.”

She said she was concerned that the council did not appear to have had any kind of back-up plan to put in place when the final agency withdrew.

Pridmore also said that Savidge might have had good reasons to refuse some of the care that she had been receiving, and she questioned whether she had had an advocate to support her.

She said it appeared to show that “if people don’t toe the line you just leave them to die. It’s disgusting.”

But she also said it was becoming much harder to find “good people” working in care because the wages are so low.

She has been advertising a personal assistant post for more than 12 months.

DNS has been able to contact all but one of the 18 agencies this week, although only three were willing to speak on the record.

Erica Longyear, care and operations director of Bluebird Care, was critical of the agencies that stopped providing care to Anne Savidge.

Her agency itself stopped providing care to Savidge in July 2016, but about eight months later it was taken over by a larger organisation.

Longyear, who was not with the agency in 2016, said records showed that care workers “were asking not to go in because she was verbally aggressive, she was telling us that she didn’t want Bluebird Care.

“From what I can read she was either refusing our care or our carers were refusing to go back in there.”

She said the council should have had a back-up plan to put into effect when the final agencies dropped out, but should also have provided agencies with support or training.

She believes that Savidge’s aggressive behaviour was probably linked to a health condition.

Longyear said that “better understanding of needs, person-centred to the individual, would lead to less withdrawals by domiciliary care agencies”.

And she said the council should have been able to predict what would eventually happen by the time the fourth or fifth agency had pulled out.

She added: “There must have been more we could have done for this lady. She could have had her care needs met.

“There could have been many reasons why she was behaving in that way. To her, it cannot have been a very nice feeling to keep having to change provider. It must have been like a revolving door.

“Problem customers aren’t problems, we just don’t understand them. Everyone should be entitled to care.”

Julie Ronson, co-owner of Sisterly Care, said her agency provided services to Savidge for one week in 2016.

She said: “She was a very hard lady to deal with, very aggressive and rude to the staff that went in.

“She terminated the care because she said it wasn’t to her standard.

“We deal with people who are in that similar situation on a daily basis and you make allowances.

“It is a very, very sticky situation. It is sad to think somebody is not supported at the end of their time, but you can only do as much as that individual allows you to do.

“It didn’t matter how we changed or altered things, it still wasn’t good enough. That was her choice. She has to take some responsibility, surely.

“I have dealt with the council. I am sure they went above and beyond to try and help that lady.

“She was a very, very difficult client. In over 30 years of care I have never had somebody quite like her.

“Yes, plans should be in place to stop it ever happening again, but people need to take some responsibility for the decisions that they make.”

A third agency, Kare Plus, said it had not been able to provide care to Anne Savidge because she had been living in an area of the city the company did not cover.