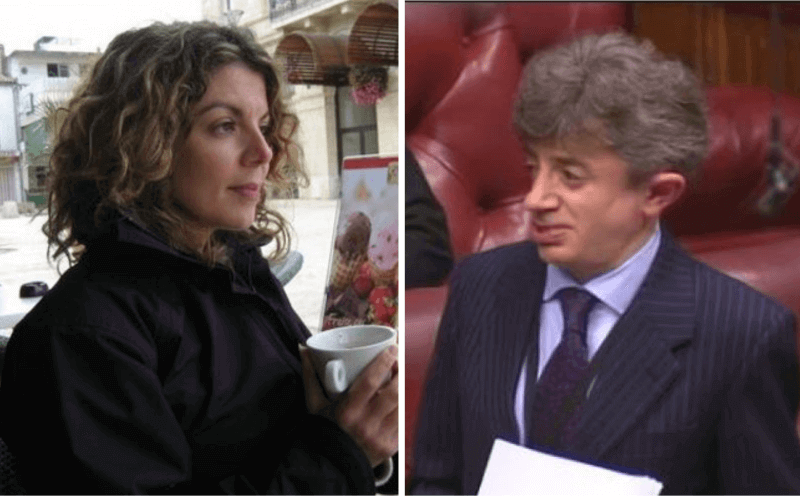 An influential disability employment membership organisation is facing serious questions over why it suddenly dropped its support for proposals that would force larger employers to reveal how many disabled people they employ.

The Business Disability Forum (BDF) revealed its about-turn in its response to a government consultation on disability workforce reporting.

One critic of BDF’s move, the Conservative disabled peer Lord [Kevin] Shinkwin, said he was “at a loss” to explain the forum’s about-turn, while Professor Kim Hoque, a leading researcher on disability and employment at Warwick Business School, said the decision was “unfathomable”.

Last year’s National Disability Strategy – since declared unlawful by the courts – said there was “increasing interest in making disability reporting mandatory”, and it pledged to carry out the consultation, which was launched in December 2021.

BDF and its chief executive, Diane Lightfoot, were expected to deliver resounding backing for mandatory reporting for larger employers in their response to the consultation.

The forum had been a co-founder of the Disability Employment Charter (DEC), which now has more than 100 signatories and which in the first of its nine actions calls on the government to introduce annual mandatory disability reporting for all employers with more than 250 employees.

BDF has now withdrawn its support for the charter.

Lightfoot was also a member of the Centre for Social Justice’s Disability Commission, which again called for the introduction of mandatory reporting, and she has reportedly supported the measure in meetings with government.

And Angela Matthews, the forum’s head of policy, told the Commons work and pensions committee last year that BDF was “supportive of mandatory workforce reporting”, although she said there was “some detail to flesh out”.

But in its response to the government’s consultation, which closed on 8 April, BDF summarised research it had carried out and concluded: “We do not feel there is evidence to support a mandatory approach to disability workforce reporting at this time.”

Instead, it called for increased uptake of the current voluntary approach.

It said it had spoken to 64 of its members, and 64 disabled employees, about mandatory reporting.

Lord Shinkwin told Disability News Service (DNS) that he was “at a total loss” to know why BDF was “going into reverse gear”.

He said: “I think their continued credibility depends on them releasing the research in full.

“We need to understand how those findings were arrived at.”

He said he believed that the Cabinet Office, which is running the consultation, would welcome BDF’s about-turn, and that the government would use it to justify ruling out mandatory reporting.

He said: “This is completely at odds with what some companies are already doing; they are doing pay gap reporting across a range of protected characteristics.

“My fear is that the government may well use this to continue the line that this cannot be done. Actually, it’s already being done.”

He added: “This is about talent, this is about recognising that diversity is good for business.

“It’s very hard to measure progress on that without transparency and, crucially, consistency of workforce reporting. You can’t get that unless it’s mandatory.”

Matthews said BDF had originally signed up to the charter because it believed action was needed to address the disability employment gap, which “has not moved in an acceptable or meaningful way” over the last few decades.

She said: “At that point we were yet to consult our members on the first and highest profile ask in the charter – that of mandatory workforce reporting.

“We were open minded at that point and took the view, which we still take, that if and when any such mandatory reporting is introduced, we will support our members to implement it as effectively and constructively as possible.”

She said the forum carried out the research to inform its response to the consultation, but that it was qualitative research – which examined participants’ answers to the questions from the consultation document – so there were no figures to show how the 64 disabled people had responded to each of the questions.

She said there were no further details of the research other than the consultation response published on its website.

But a BDF spokesperson said later that the forum was “a very small team” and the project was led by one person, so it “wasn’t possible to gather all the insights and produce an evidenced-based consultation response with a full research document within the 16-week consultation timeframe, which also included the Christmas break”.

Matthews said BDF had “wanted to use disabled people’s words, voices and experiences that come directly from them” and that the research allowed the forum to report “what disabled people told us”.

She said: “As a result of our findings, and what our members and disabled people told us, we do not believe that there is enough evidence to suggest that mandatory disability data reporting, in the form currently proposed, will achieve its intended aims or improve employment opportunities for disabled people at this time.

“We want to see reporting that looks beyond just a number.

“We want employers (including our members) to share data about the experience their disabled employees have in their organisations.

“Too many people are waiting years for adjustments, not getting promotions, and are being bullied or harassed at work.

“How does reporting a number ‘call out’ these experiences? We do not believe it does.”

She added: “Given the findings of the research, we feel that it would be inappropriate for us to continue to support the DEC.

“We are glad that our research is provoking constructive debate.”

She said BDF was calling instead for an increased uptake of voluntary reporting and for that to focus more on the experience that disabled people have at work.

She added: “We do not believe that it is a U-turn to develop our thinking based on the latest information available.

“BDF’s credibility is based on research that is evidence-based and which represents the views of our membership and their disabled employees.”

Professor Hoque, one of the [email protected] group of researchers, told DNS that the research that BDF had based its decision on appeared to be “very confused and very flawed”, and he backed the call for more details to be released and for BDF to be “completely open and transparent”.

He said the forum was a “powerful voice” and its conclusion “gives the government a get-out not to go ahead with it”.

He said: “If [BDF] really believe in themselves they would actually look at reporting as something that could underline their credibility rather than detract from it.”

And he suggested that the reason the forum decided not to back mandatory reporting could be because it could show up how its members were no better on disability employment than non-members, which would be “disastrous for their business model”.

Research he is currently working on suggests this could be a valid concern for BDF.

Matthews denied that BDF was concerned that mandatory reporting would expose its members’ performance on disability reporting.

She said: “Our concern is that mandatory reporting will not work and will not be enough to expose the practices of poor employers.”

She said: “We are interested to hear about the new research that is being carried out.

“We would need to see the detail of the research and the methodology before being able to comment further, but emphasise that there is a huge difference between prevalence of disability within an organisation and inclusive practice.

“It’s not enough for organisations to have a high percentage of disabled people in employment if those disabled people have a bad experience when working for that employer.”