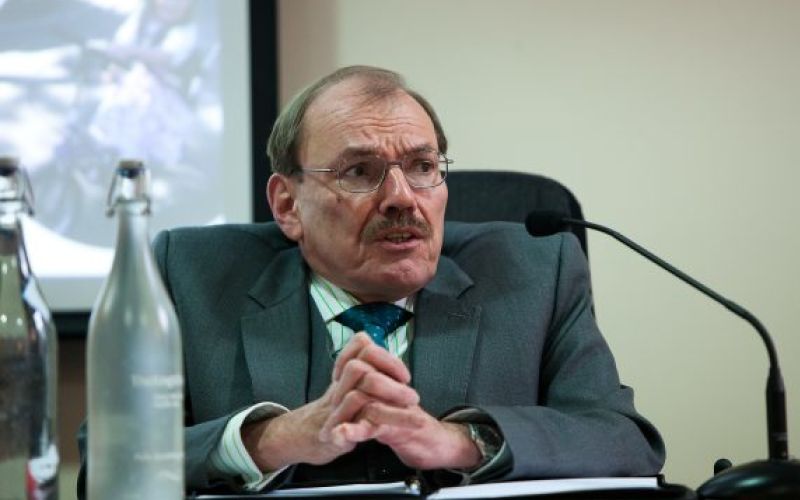 An autobiography by one of the most influential disabled people of the last 50 years – published posthumously – could ignite calls for the return of the Disability Rights Commission (DRC), 12 years after it was merged into a new equality watchdog.

In A Life Without Limits*, Sir Bert Massie – who was DRC’s chair throughout its seven years – writes in depth about his time leading the equality body and then as a commissioner on its successor, the multi-strand Equality and Human Rights Commission (EHRC).

He suggests EHRC has failed to protect disabled people and that many disabled people believe responsibility for disability rights should be taken away from the organisation, with a new DRC set up alongside EHRC.

Sir Bert (pictured), who died in October 2017, is highly critical of EHRC’s first chair, Trevor Phillips, who he says was “not a team player” and “made policy on the hoof” while other commissioners were “supposed to step into line”.

He concludes: “I have sat on many boards larger than that at EHRC, but none so badly chaired.”

Although a staunch and long-standing Labour party member himself, Sir Bert is also critical of the number of commissioners with strong Labour party links who were appointed to EHRC’s board under the last Labour government.

In the book, Sir Bert is critical of the Labour peer Baroness [Margaret] Prosser, EHRC’s vice-chair at the time, who became a “very loyal supporter” of Phillips.

He writes at length on the concerns of himself and other board members about Phillips’s conduct and leadership at EHRC, which contributed to six commissioners resigning in 2009.

Sir Bert is also critical in his book of the lack of resources given to EHRC’s disability committee, which led to disabled people receiving “a much inferior service” than they had received from DRC.

He reveals that he had been “unenthusiastic” about merging DRC with other equality bodies to create EHRC in 2007, but that other DRC commissioners who were in favour of the decision “might well have been right” and that an independent DRC could have been abolished under the coalition government elected in 2010.

But he also points to the attack on disability rights under successive Conservative-led governments since 2010, and to a 2016 Lords committee report that concluded that EHRC was failing to protect disabled people.

He adds: “Perhaps in the future we do need a debate on whether disability issues should be removed from the mandate of the EHRC and [given] to a commission with a single focus.

“That is what many disabled people want.”

Kaliya Franklin, who worked with Sir Bert on the commission on disability and poverty he chaired for the Labour party, supported his call for a debate on whether there needed to be a new vehicle for ensuring disabled people’s rights were upheld.

She told Disability News Service: “Disability rights are part of a wider human rights issue, but without the specialist knowledge and peer support provided by a body like the DRC, the risk is that the barriers to achieve those rights are too significant for disabled people to surmount alone.

“Last week we saw further evidence that in the Britain of 2019, thousands of disabled children and adults have their freedom, right to family life and privacy removed by the state at an enormous financial cost to taxpayers.

“All too often those disabled people are then subjected to physical and mental torture by those employed to ‘care’ for them.

“This abuse is not new, yet every time there is a new expose of such human rights violations, the same tired excuses of vulnerability, risks and costs are trotted out by the charity, medical and public sectors with a vested interest in continuing the status quo.

“A dedicated disability rights enforcement body with the specialist rights-based knowledge and lived experience to support people and their families is one important way in which this ongoing abuse, and many other forms of disability discrimination, could be more successfully challenged.”

Sir Bert’s book also describes his childhood in Liverpool, how he caught polio in the late 1940s and spent time in Alder Hey children’s hospital and experienced “perpetual violence, or a nagging expectation of it” at the hands of staff at the Greenbank residential special school.

There are detailed descriptions of his experience of education, further and higher education, and employment as a disabled child, teenager and young mans in the 1960s, and his first experiences of disability activism with the Disablement Income Group, Liverpool Association for the Disabled, and the Disabled Drivers’ Association.

He writes about his work at RADAR, which he led before heading the new DRC, and he defends RADAR from criticisms made at the time by the British Council of Organisations of Disabled People (BCODP) that it was not a legitimate representative of the disabled people’s movement.

In the final pages he was able to complete before his death in 2017 – the book was completed by Bob Niven and Ann Frye, two of his former colleagues, who describe him as one of the leading post-war social reformers – he suggests that privatisation of the NHS is “to some extent inevitable” if the Conservatives remain in power, while he predicts there will be further cuts to social care.

“Disabled people,” he says, “will need to develop mechanisms to either defend current systems or create new ones.”

But he adds: “Many of the major structural changes achieved in recent decades are probably sufficiently embedded to survive.”

But he warns that these changes could still be weakened, as has happened with accessible housing standards.

*A Life Without Limits, by Sir Bert Massie, is published by Mereo Books