You are here: Home / Activism and Campaigning / ‘Sinister’ new lobbying laws ‘are closing down debate’ 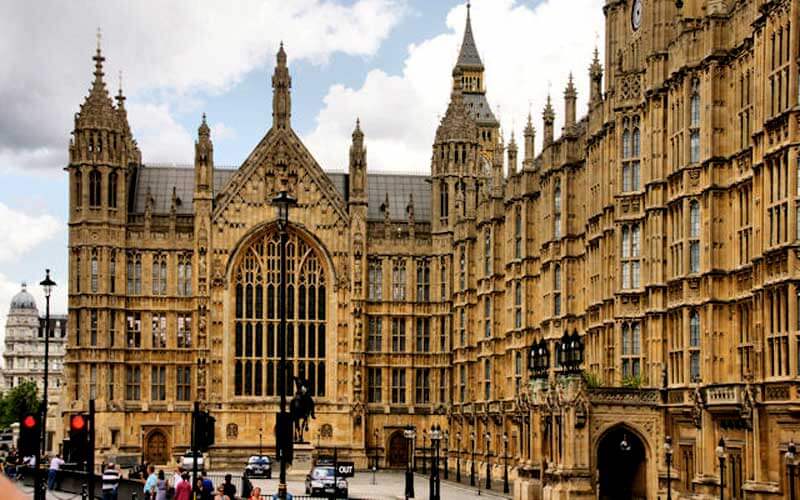 Disability organisations have been intimidated by new lobbying laws – and the risk of losing government contracts – into failing to campaign on key issues like social care and welfare reform in the run-up to the general election, say disabled campaigners.

They fear that the “sinister” impact of last year’s Transparency of Lobbying, Non-Party Campaigning and Trade Union Administration Act, and the trend towards funding charities through government contracts to provide services, are “closing down all debate”.

Under the act, non-party campaigners – those that intend to campaign in the run-up to elections but are not standing as a political party or candidate – face tougher rules on the source of their funds and how much they can spend on campaigning.

An interim report by the Commission on Civil Society and Democratic Engagement last September said the act was already having a “chilling” effect on charities, many of which were “more cautious about campaigning on politically contentious” issues, while also facing excessive bureaucracy caused by the need to comply with the new legislation.

The report warned that the act made it “almost impossible for charities and campaign groups to work together [to] speak out on politically-contested issues as they did before the act”.

Sir Bert Massie, a member of the Baring Foundation’s Panel on the Independence of the Voluntary Sector, which published its final report earlier this month, said a number of charities had admitted opting for “self-censorship”, rather than face the potential wrath of the government.

Sir Bert, the former chair of the Disability Rights Commission, told Disability News Service (DNS): “It is sinister. It is not just disability charities, it is right across the sector. It worries me because it is undemocratic.

“Government does seem determined to close down debate, and is using gagging clauses in contracts to do so.

“Also, if charities raise issues relating to government policy they are accused of being political.

“In the 1980s and 1990s, I was involved with several charities that criticised government policy – think of the battle for the Disability Discrimination Act – but at no point did government seek to silence charities.”

He said: “It is very frightening, it is very sinister. I always believe a strong government should be able to take it on the chin and come back with robust arguments.”

In a lecture on philanthropy he delivered last November at the University of Liverpool, Sir Bert told the audience: “The voluntary sector now knows that the government takes a very poor view of organisations that criticise it or its policies.”

The Baring panel’s report warned that it had heard evidence of the increasing presence of “gagging clauses” in contracts for public services, of self-censorship because organisations feared losing vital funding, and even of “active threats by some local authorities to those voluntary organisations that do speak out”.

Yesterday (Wednesday), The Independent reported that more than 160 charities had written to party leaders to tell them how they had been deterred from launching major campaigns on important general election issues by the new laws.

Mark Harrison, chief executive of the Norfolk-based disabled people’s organisation Equal Lives, told DNS the act was “an attempt to silence critical debate at a time when the government is destroying the lives of the poorest and most disabled members of society”.

He said: “Most disability charities do not speak out in ways that are helpful to disabled people, so they won’t be affected. They are more concerned about their ‘business interests’.

“It is, however, making some disabled people’s organisations very nervous about making critical comments and so is harming the democratic process.

“Any new government that is elected needs to repeal this legislation.”

Another disabled people’s organisation, Inclusion London, has been forced to register as a non-party campaigner under the new legislation, along with its two partners in the Our Election 2 project, which aims to promote the democratic engagement of disabled people in the general election and next year’s London mayoral election.

Ellen Clifford, campaigns and communications officer for Inclusion London, said they have had to register only because of the extra costs of providing accessible information for disabled voters.

The act also means Inclusion London will have to produce a set of information resources that do not mention disability issues at all for a voter registration national tour it is taking part in alongside organisations such as Hope Not Hate, Bite the Ballot and the union Unison.

Clifford said: “In our experience, the impact of this legislation has definitely been to gag organisations, and prevent them from commenting on the issues that matter most to disabled people.”

She said that local disabled people’s organisations were “very unlikely” to need to register as non-party campaigners, but all organisations “need to understand the implications of the act and to make a formal decision on whether or not to register if they are planning any election activity”.

Brian Hilton, campaigns officer for Greater Manchester Coalition of Disabled People (GMCDP), said he had noticed how “quiet” many of the big disability charities had been over the government’s decision to close the Independent Living Fund (ILF), and Labour’s failure to oppose closure.

He said: “I suspect they simply don’t want to rock the boat and possibly jeopardise future funding opportunities and service provision contracts.”

He was particularly critical of Scope, which he said seemed to be concentrating its efforts on its End the Awkward campaign.

He said: “Given everything disabled people are going through at the moment (work capability assessments, closure of the ILF, the bedroom tax, disability hate crime, the assisted dying bill), [this] seems to me to be ill-judged and offensive to the 18,000 disabled people whose independence is on the verge of being stolen from them [when ILF closes].

“End The Awkward? More like End the Awkward Silence from the charities that earn a living off our backs, but haven’t raised a finger to campaign on behalf of those disabled people with the highest support needs who will be affected by the closure of the ILF.”

Anne Rae, chair of GMCDP, said the organisation had never had the funding needed to campaign effectively, and was now having instead to lobby local government in order to “survive in some form due to the swingeing cuts they are ordered to make” by central government.

She said the “obvious purpose” of the act was to “shut down the voice of dissent, and to cut the public off from knowledge of the effects of the government’s truly dreadful policies”.

She said: “Election time is when disabled people might expect disability charities to speak up on our behalf and ensure that politicians pay attention to our needs.

“However, a lot of disability charities have tendered for services from central and local government. As a result they may be ultra-cautious about speaking out.

“This is happening internationally and we have to recognise the effects it could have. The Lobbying Act has also had a big impact. A lot of charities’ lips may be sealed during election time.”

She suggested that disabled people should take action themselves, by ensuring they were registered to vote, engaging with local candidates through the media, or joining a political party.

Philip Connolly, policy and communications manager of Disability Rights UK, said his organisation had “not been inhibited” by the act, but could “see the potential for it to cause organisations to err on the side of caution and not speak out when it is important to speak”.

But he added: “For organisations heavily dependent on government funding – and currently about one in every three pounds of voluntary sector funding comes from local or national government – there are added risks.”

Peter Jackson, deputy chief executive of another disabled people’s organisation, Breakthrough UK, said his charity had “felt the impact” of public sector austerity measures but so far did not believe that its status as a service-provider had “in any way compromised our independence or caused us to ‘self-censor’”.

He said: “We will continue to vigorously defend and promote the rights, responsibilities and respect of disabled people in line with our charitable aims and seek to influence policy-makers accordingly.

“In so doing we will seek to comply fully with respective guidance from the Electoral Commission and the Charity Commission and of course with the provisions of the Lobbying Act.”

Two of the big non-user-led disability charities, Scope and the MS Society, also defended their campaigning efforts in the wake of the Lobbying Act.

Scope insisted that it “challenges politicians of all parties to improve the lives of disabled people – just as we have always done”.

A Scope spokeswoman said: “As the general election approaches, Scope is calling on the next government to raise disabled people’s living standards by supporting more disabled people into work; addressing the extra costs of disability; and improving the support disabled people get to live independently.”

She added: “Scope also campaigns to change attitudes to disability. End the Awkward uses humour, but it is about a serious issue.

“People feel awkward around disability, and as a result panic, act unhelpfully, or in some cases avoid talking to disabled people altogether.”

An MS Society spokeswoman said: “We are an independent, non-partisan organisation and ensure our political neutrality is maintained throughout our work – this applies both inside and outside of an electoral period.”

But she added: “A number of issue areas that we work on and that are important to people with MS, such as health and welfare, are highly political sensitive, and as such we have been forced to take extra precaution in our public-facing activity in these areas to ensure we comply with the act.

“We have added in additional processes to make sure we consider the act in our campaigning work and this takes up additional time and resource.”

She said the charity would be able to provide more detail of what measures it had been forced to take after May’s general election, but planned to submit evidence to the Commission on Civil Society and Democratic Engagement.

The latest figures, for 2013-14, before the Lobbying Act’s introduction, show a fall in the number of cases dealt with by the Charity Commission that included concerns about campaigning and political activity by charities.

And despite concerns that there have been an increasing number of complaints about political campaigning by charities, the Charity Commission insists that, so far, there has not been an increase since the act came in, while it says that such complaints “do not feature very heavily in our compliance case work”.

Despite this claim, it has established “a rapid response case handling system” for the lead-up to the general election, which will “allow us to follow up any concerns that are raised about charities’ activity swiftly, giving charities and the public confidence as to what is, and what is not acceptable”.

So far, the Electoral Commission, which regulates political funding and campaigning, has failed to comment on the impact of the Lobbying Act.