You are here: Home / Independent Living / Social care crisis deaths ‘only a matter of time’, after research shows ‘national emergency’ 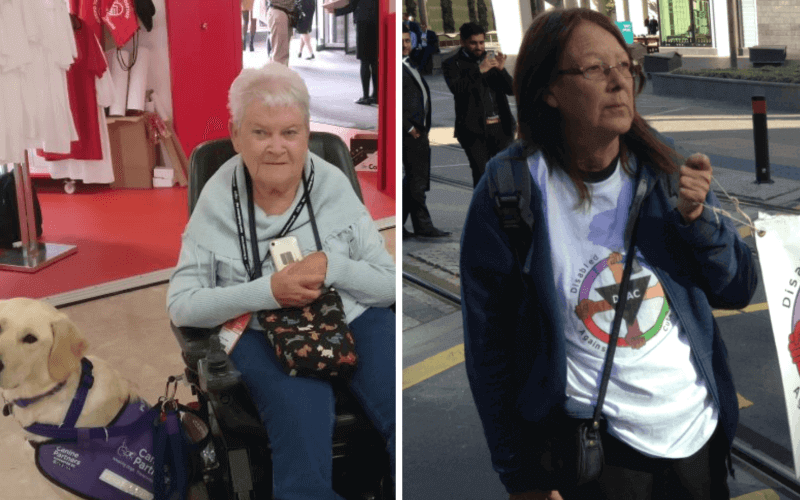 Disabled activists have warned that it is only a matter of time before the government’s failure to address the “unprecedented” social care crisis results in the deaths of service-users.

They spoke out after new figures from the Association of Directors of Adult Social Services (ADASS) showed widespread rationing of care and a “serious” and “extremely volatile” situation in councils across England.

ADASS said its research showed there was “a national emergency in adult social care”.

The survey of its members was carried out between 24 December and 5 January in response to “concerns from members, [the Department of Health and Social Care], providers and others relating to staff shortages, social care fragility and the impact of winter and the omicron variant on social care”.

More than half of the 94 social services bosses who took part in the ADASS survey said they were having to take measures to address the crisis that they viewed as the “least acceptable” options.

Some said they were being forced to prioritise “life sustaining care”, such as ensuring someone can eat and remain hydrated, over supporting a disabled person to get out of bed in the morning.

Others said they were having to leave people with dementia, learning difficulties or with mental distress “isolated or alone for longer periods than usual”.

And more than two-fifths of councils (43 per cent) said they were “re-prioritising support to those most at risk and essential activities only”, while 13 per cent said they were limiting support to so-called “life and limb care” – helping service-users to eat, and support with hydration, toileting and changing continence laundry – in at least some of their area for at least some of the time.

ADASS concluded: “The situation is volatile and it is clear that a very significant number of councils are having to make extremely difficult choices about who receives care and support, and what level of care they can expect given the increasing constraints.”

It said that councils were “looking for government to recognise the seriousness of their situation, which reflects not only the immediate crisis but the long-term, underlying fragility and under-funding of the sector – which has been raised repeatedly over many months and years”.

Linda Burnip, co-founder of Disabled People Against Cuts, said social care had been “increasingly in crisis” since the Conservative-led government “began slashing funding in 2010”.

But now, as a result of Brexit, and continuing low rates of pay for social care staff, “this crisis has now reached a point which cannot be allowed to continue”.

She said it was “only a matter of time until disabled and older people die” due to the government’s incompetence.

She called on disabled people and disabled people’s organisations (DPOs) to contact their MPs about the “unprecedented crisis”, and she said DPOs should also raise their concerns with ADASS.

Anne Pridmore, director of Being the Boss, a user-led organisation which supports disabled people who employ personal assistants (PAs), said she agreed with Burnip that it was only a matter of time until disabled and older people die as a result of the government’s adult social care incompetence.

And she said the ADASS research confirmed that the social care system was “broken”.

She said: “The system is broken, the government refuse to fund it and disabled people are paying the price.”

She said the survey showed social services directors being forced to implement unacceptable temporary cuts, such as “prioritising life-saving care rather than giving people a life” and “being unable to assess risk or leaving carers or providers to raise concerns”.

“Recruitment and retention over the last two years has been horrendous. People are able to earn more working at Amazon or Aldi than work in care.

“I have been recruiting on and off now for 12 months and I still do not have a full team of PAs.

“I have set up a PA employers support group and the problem is rife throughout the country.

“Many have seen no increase in their employees’ wages for between five and 10 years.”

She called for free social care, funded through taxation, and improved support for employers of PAs.

Meanwhile, freedom of information responses obtained by The Observer from 96 councils in England showed nearly 9,000 disabled and older people were unable to obtain the support they had received funding for because of a lack of care workers.

In response to the two pieces of research, a Department of Health and Social Care spokesperson said in a statement: “Care staff are working incredibly hard and we are doing everything we can to support them, including with a £462.5 million recruitment fund, expanding the health and care visa scheme and our Made with Care recruitment campaign.

“Over the course of the pandemic, we have made available more than £2.9 billion in specific funding for adult social care.

“More than 50 million PCR [polymerase chain reaction] and 142 million LFD [lateral flow device] kits have been delivered to care homes and we have invested a further £478 million to support safe and timely hospital discharges to get patients into the best place for their care and support to continue.”