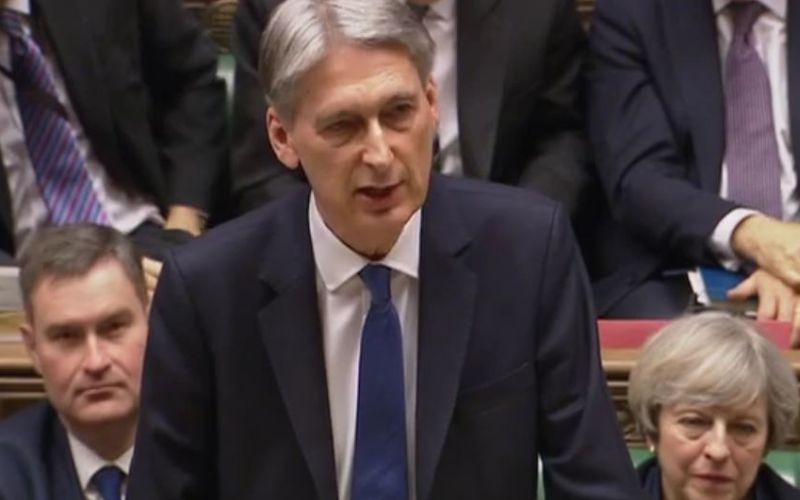 More than £2 billion in extra money for social care over the next three years – announced by the chancellor in yesterday’s budget – is “meaningless” when set against the scale of the funding crisis, disabled campaigners have warned.

The spring budget contained few significant announcements on key issues of concern for disabled people, and there were no u-turns on two major, imminent cuts to disability benefits.

But the chancellor, Philip Hammond (pictured), did confirm hundreds of millions of pounds in funding* to set up more than 100 more free schools by 2020 – in addition to the 500 already planned – a move that inclusive education campaigners say will lead to an expansion of selective education that will further discriminate against disabled pupils.

Hammond failed to mention disabled people or disability once in his budget speech of more than 6,700 words.

But he admitted that the social care system was “clearly under pressure”, and although he repeatedly referred to the needs of older people, and not to working-age disabled people, he announced extra funding for local councils in England of £1.2 billion in 2017-18, £800 million  in 2018-19 and £400 million in 2019-20.

He also said the government would publish a green paper on social care funding later this year.

But Hammond made no mention of new amendments to personal independence payment (PIP) regulations, announced by the government last month following two tribunal rulings, which will tighten eligibility criteria and cut support to more than 160,000 people, particularly those with severe mental distress who need mobility support.

The Office for Budget Responsibility confirmed in Treasury budget documents that the amendments to PIP regulations will save the government £3.7 billion over the next five years.

Hammond also made no mention of cuts of nearly £30 a week to payments to new claimants of employment and support allowance (ESA) placed in the work-related activity group, which will come into effect next month.

Greater Manchester Coalition of Disabled People (GMCDP) said the extra funding announced by Hammond would no nothing to address the social care crisis.

A GMCDP spokesperson said: “The £2 billion announced in today’s budget to prop up adult social care over the next three years will do nothing to halt the massive cuts being rained upon disabled people trying to retain or access care funding.

“With the Local Government Association estimating that local authorities will be facing a £5.8 billion shortfall in social care by 2020, the money pledged today is in reality a derisible amount.

“The fact that there was not a single mention of disabled people within the budget seems to be in keeping with the government’s total disregard of the cumulative impact their austerity measures are having on us.”

Linda Burnip, co-founder of Disabled People Against Cuts, said: “Giving a paltry £2 billion for social care up to 2020 is meaningless when £4.6 billion has already been lost from that budget since 2010.

Disability rights activist Alice Kirby said she was “absolutely disgusted” that disabled people had been ignored by the chancellor in his speech.

She said: “Disabled people were not mentioned once yesterday by Philip Hammond, despite every part of our lives being under attack by government cuts.

“This is unforgivable. Hammond should have reversed the ESA cut and recognised that this will not ‘incentivise’ disabled people to find employment, but will force those unfit for work into poverty.

“He should have also addressed the unjustified changes in eligibility for PIP which is expected to effect 160,000 disabled people.”

He said: “Ironically it is perhaps the hike in national insurance for self-employed people which in the longer term may have the most important implications of this budget for disabled people.

“It shows that this government is quite prepared to ignore historical manifesto commitments, even when they negatively affect groups that it would most see as its own voters.

“I mean the increasing number of people, including some disabled people, who have become self-employed, encouraged to do so by this government, seen by it as its natural electoral constituency and now seriously financially damaged by it.

“This budget decision adds yet more people to the ranks of those, like disabled people, that the government is quite prepared to penalise in the interests of its own ideological preoccupations, adding to the numbers who in future may well withdraw their support from it.

“There are indeed going to be many new alliances for disabled people to form, as this government alienates more and more people through its regressively redistributive policies.”

Disabled researcher and campaigner Catherine Hale, who wrote a well-received review in 2014 on the failure of the ESA system to increase the number of disabled people in paid work, said the government had “buried without remorse” the “whole raft of cuts to disabled people’s livelihoods and opportunities”.

Despite the booming economy, she said, the Tories “aren’t giving a penny back to the people who paid the most for their deficit reduction: [those who are] sick and disabled”.

Hale, a member of the Spartacus online network, said: “When they say they want a country that works for everyone, they don’t really mean us.

“The extra funding for social care is welcome. But there’s nothing in the government’s messaging to suggest it’s aimed at restoring the principle of independent living that was decimated by the closure of the Independent Living Fund, only on relieving the pressures on the NHS through bed-blocking.

“No recognition that properly funding social care is a route to more disabled people in work.”

He said: “With the assessment regime revealed to be a fraudulent system of abuse, social care collapsing, and the UN condemning the numerous state-sponsored abuses of our human rights, that the Tories saw no need to address this, indicates they are happy with our persecution and intend to accelerate it.

“And they perceive this to be of no detriment to their political support.

“One has to ask are the 11 million Tory voters happy to be thought of as disablist abusers condemned on the international stage?”

Disabled researcher Stef Benstead, another member of the Spartacus Network, added: “What can I say? The government doesn’t care about disabled people.”

*The precise amount has yet to be confirmed by the Treasury, following confusion over contradictory figures in the budget documents