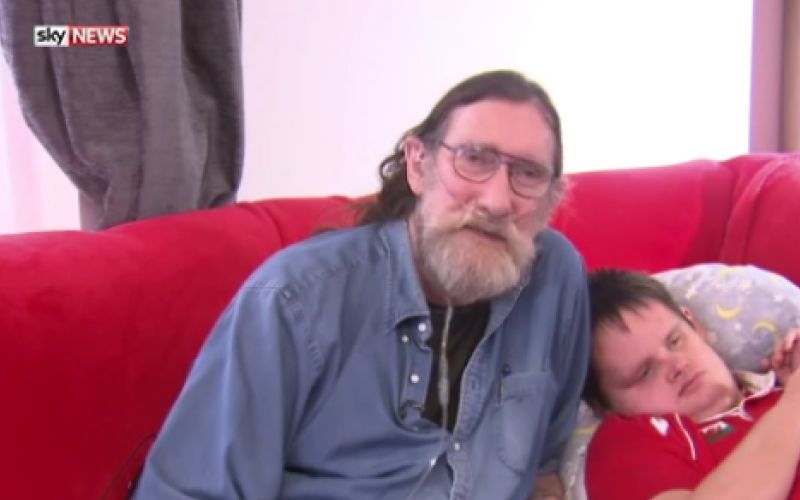 The government’s “bedroom tax” discriminates unlawfully against some disabled people who need an extra bedroom because of their impairment, but not against others, the Supreme Court has ruled.

The Supreme Court ruled yesterday (Wednesday) that ministers’ decision to apply the bedroom tax to disabled people who need an extra bedroom for a clear medical reason, and to families who need an additional bedroom for a disabled child who requires overnight care, was unlawful discrimination.

But other disabled people who need an extra bedroom for impairment-related reasons lost their battle against having to pay the bedroom tax, after the court ruled in favour of the Department for Work and Pensions (DWP).

The court’s rulings appear to clash with the findings of a UN committee, which this week said that the bedroom tax, the benefits cap and cuts to local housing allowance had “curtailed the right” of disabled people to choose a place to live independently and to be included in the community, under article 19 of the UN Convention on the Rights of Persons with Disabilities (UNCRPD).

The CRPD report, published earlier this week, concludes that the UK government has been guilty of “grave or systematic violations” of the UN convention.

One of its key criticisms is over the government’s cuts and reforms to housing benefits.

The report says that evidence indicates that disabled people affected by cuts in their housing benefits “have undergone high levels of stress, anxiety and depression”.

Although the UK has a duty to achieve “progressive realisation” of the convention, it has not been incorporated into domestic law and so was not considered by the Supreme Court.

The Supreme Court was hearing a series of long-running legal cases that each argued that the government’s “spare room subsidy removal” policy contravened the European Convention on Human Rights.

It ruled that the government had unlawfully discriminated against Jacqueline Carmichael and her husband and full-time carer Jayson, from Southport, after their housing benefit was reduced by 14 per cent as a result of the bedroom tax.

Jacqueline Carmichael has to sleep alone on a specialist bed, and there is no space for a second bed in the room, and so she and her husband need a two-bedroom flat.

The Supreme Court also ruled that the government had unlawfully discriminated against Paul and Susan Rutherford, who care for their disabled grandson Warren and need a third bedroom for overnight care workers, by imposing the bedroom tax on them.

Both the Rutherfords are disabled and can only look after Warren, who needs 24-hour care, with the help of a care worker who regularly stays overnight in the third bedroom of their Pembrokeshire home, which is also used to store vital equipment for their grandson.

Bedroom tax regulations mean tenants in social housing are punished financially if assessed as “under-occupying” their homes, with about two-thirds of those affected being disabled people.

Earlier legal victories already mean that the bedrom tax does not apply when a disabled child with high support needs is unable to share a bedroom with a sibling for impairment-related reasons, and when an additional bedroom is needed for a disabled adult who requires overnight care.

But the Supreme Court this week ruled against four other disabled people and carers – James Daly, Mervyn Drage, JD*, and Richard Rourke – who had argued that the bedroom tax unlawfully discriminated against them.

Drage lives alone in a three-bedroom flat in a high-rise block, let to him 19 years ago, and has mental health problems and physical impairments, which are exacerbated by stress, anxiety and changes to his routine.

Rourke, a wheelchair-user, lives in a three-bedroom bungalow with substantial adaptations, and has a disabled step-daughter who is also a wheelchair-user. The third bedroom is a tiny box-room used to store mobility and care equipment.

JD lives and cares for her adult, disabled daughter in a three-bedroom property that was adapted to meet her needs; James Daly has a two-bedroom property, but has to pay the bedroom tax on the second room because his disabled son spends less than half his time with his father.

The seven Supreme Court justices ruled that the needs of Daly, Drage, JD and Rourke could be met through the government’s discretionary housing payments scheme – extra funds handed to local authorities by DWP – and that they had not suffered unlawful discrimination.

They also ruled that the bedroom tax did not discriminate unlawfully against a non-disabled woman whose home had been adapted to include a “panic room” to protect her from a violent ex-partner.

The Carmichaels said in a statement that they were “overjoyed” with the Supreme Court decision.

They said: “We have been through almost four years of the sheer hell of the bedroom tax policy, and this decision vindicates our long and difficult fight.

“Out of this human rights victory over the bedroom tax we ask Theresa May to now reconsider the whole policy for everyone.

“We would like to thank everyone who has supported us from day one, and hope others get justice too.”

Paul Rutherford (pictured, with Warren) said: “We are happy and hugely relieved with today’s result.

“It has been an extremely stressful and long three years and we are glad that it is has come to a close.

“We never imagined this would happen to us – our priority has always been Warren’s happiness.

“We can now move on with our lives secure in the knowledge that we can continue to care for Warren at home.”

But Karen Ashton, solicitor for Drage, Daly and JD, said: “The Supreme Court’s decision remedies the anomaly whereby disabled adults and children were treated differently if they needed a bedroom for overnight carers or where a bedroom could not be shared. This is to be welcomed.

“But their judgment leaves thousands of disabled people – who need larger accommodation for other reasons connected to their disability – without an entitlement to housing benefit to pay their full rent, despite the fact that they are unable to work to find the extra money.

“The court may have found this to be lawful, but that does not mean that it’s fair.”

DWP issued an urgent housing benefit bulletin after the rulings were announced, telling councils that they do not need to take any ” immediate action” – advice that Disability Rights UK said was “nonsense” – and that it was “considering the Court’s judgment and will take steps to ensure it complies with its terms in due course”, and will notify councils “once a decision has been taken”.

DWP said in a statement: “It is welcome that the court found in our favour in five out of the seven cases.

“The court also agreed with our view that discretionary housing payments are generally an appropriate and lawful way to provide assistance to those who need extra help.

“In the two specific cases where the court did not find in our favour, we will take steps to ensure we comply with the judgement in due course.

“In most cases, local authorities are best placed to understand the needs of their residents, which is why we will have given them over £1 billion by the end of this parliament for discretionary housing payments to ensure that people in difficult situations don’t lose out.”

*An anonymity order protects the identity of JD’s disabled daughter