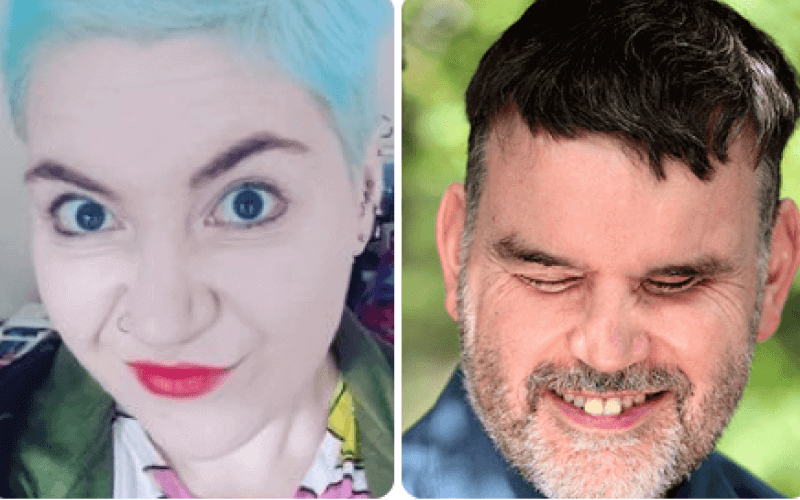 Nearly 100 disability organisations and allies have called on the government to scrap its rushed, inaccessible, over-long and poorly-planned national survey of disabled people.

It is the third letter sent to ministers by disabled-led organisations in the last month to raise serious concerns about the national disability survey, while four disabled people are bringing a legal action that challenges its lawfulness.

Following mounting criticism, the government has already been forced to extend by two weeks – until 28 February – the time allowed for people to respond to the survey if they want their answers to influence its planned national disability strategy.

But the latest letter – due to be emailed to the Cabinet Office today (Thursday), and so far signed by nearly 100 disability organisations and allies – will only add to pressure on the minister for disabled people, Justin Tomlinson, over his handling of the survey and the strategy.

In the letter, they tell Tomlinson of their “deep concerns” about the survey, and they warn that it appears to breach the Equality Act and is not the result – as the government claims – of engagement with disabled people’s organisations across the country.

They want him to scrap the survey and replace it with a six-month period of “meaningful consultation and engagement”.

They also want Tomlinson to publish the strategy – currently expected this spring – in draft form for public comment before final publication.

Bristol Disability Equality Forum (BDEF) and National Federation of the Blind of the UK (NFB UK) – the two disabled people’s organisations which drew up the letter – told Disability News Service this week that the flawed survey demonstrated the government’s attitude towards disabled people.

They said it showed that Tomlinson and fellow ministers did not really want to listen to disabled people and their organisations.

Among the access issues they have found with the survey are that many disabled people will not be able to fill it in – particularly in the middle of a pandemic – because they do not have access to a computer.

They also say it is “inaccessibly long”, and have counted more than 110 separate questions, while it is inaccessible to those who use screen-reading software, and the version of the Word document that can be sent out on request cannot be filled out on screen.

They said that even six weeks was not long enough to ensure disabled people have enough time to respond, while they were also critical of the failure to engage widely with DPOs about the design of the survey before it was released.

Daisy Holder (pictured, left), a BDEF trustee, said: “You want to fill it in and make a difference, but everyone is automatically being given the impression that their views are not important because they have been given such a short period of time and such an inaccessible form.

“The entire thing needs to be ripped out from the ground and rebuilt in a way that works.

“There is a feeling that none of this is a surprise. No-one is surprised that they do not actually want our views.”

Devaki Sivasubramanian, NFB UK’s general secretary, said: “The government should have given the construction of the form to somebody who knows the job.

“How do they expect a disabled person to respond so quickly? I don’t think they want to hear the true picture.”

On a scale of one to 10, she said she was “nine out of 10 angry and frustrated”, but she added: “I am giving the government just one point for deciding to come to us to do the consultation, but it is not a meaningful consultation.”

Andrew Hodgson (pictured, right), NFB UK’s president, said the “piecemeal” nature of how the survey had been handled implied that the government had “a pre-determined idea of what they want to hear”.

Laura Welti, BDEF’s chief officer, said: “It is going to be a national strategy that will determine what happens to disabled people’s lives over the next five or 10 years at least.

“The lack of consultation with disabled people indicates that this strategy is not really for our benefit.”

She said: “This simply isn’t acceptable. There is a huge amount of anger and frustration out there. They have to withdraw it and start again.”

Sarah Leadbetter, NFB UK’s national campaigns officer, added: “They just don’t want us to be included or to speak to us or to get things moving on. They want us to stay in limbo.

“They are not involving us in society. It just makes me so angry, it’s unbelievable.”

A government spokesperson said in a statement: “The national strategy for disabled people will be published in the spring.

“The survey allows disabled people, carers and the wider public from across the UK to give their views on the important issues impacting disabled people.

“The survey adheres in full with digital accessibility principles and has been extended to ensure as many people as possible have their voices heard.

“This is only one element of our engagement, and we regularly consult with a wide range of people and organisations, including through workshops and cross-cutting groups, to ensure a wide range of views are taken into account in the strategy.”