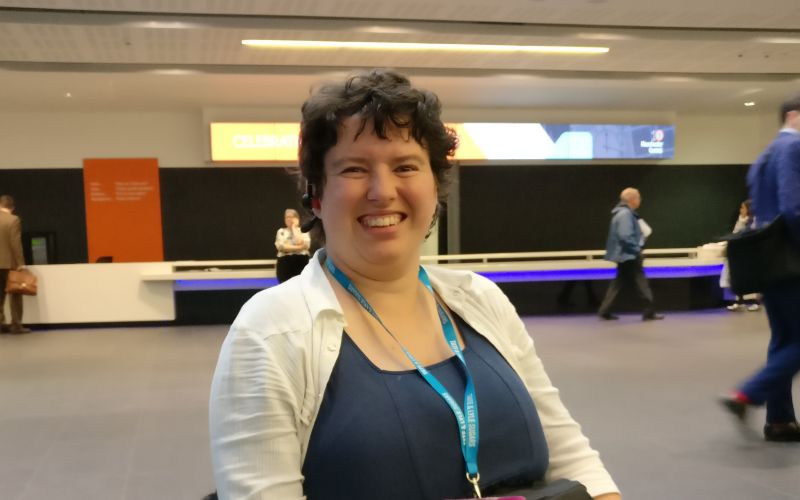 The Conservative minister for care services turned down at least four invitations to speak about adult social care at her party’s annual conference, while disabled people and other experts warned those meetings about the funding crisis facing the system.

Those who spoke at the fringe meetings Doyle-Price snubbed lined up to warn of the crisis facing the social care system, with one Tory MP warning that it “simply isn’t good enough” and that many people were “not getting the care they need”.

In August, the UK government was told it was “going backwards” on independent living by the UN committee on the rights of persons with disabilities.

And a survey of social workers in England by Community Care magazine and the Care and Support Alliance found that more than two-thirds felt they were expected to cut people’s care packages because of local authority funding pressures, while more than a quarter were not confident that the reduced care packages they had to oversee were “fair and safe”.

Buckingham told one meeting that services were only being provided to disabled people with substantial or critical needs.

She said: “If you have low to moderate needs it’s ‘on your way’. If you look at the person before they need substantial or critical then you save money. Win-win.”

One of the fringe events Doyle-Price was invited to had been organised by Dimensions, which provides support to people with learning difficulties.

Alicia Wood, Dimensions’ head of public affairs, said afterwards: “It was noted last night that the minister for social care had not come to any of the social care events and it was noted by the people how disappointed they were.

“The government have said they are going to put out a social care green paper.

“You would expect the party conference is the place where they really would be consulting on that with their members and organisations like us.”

Mark Lever, chief executive of the National Autistic Society, said, after a Care and Support Alliance fringe meeting that Doyle-Price declined to attend: “It is disappointing that she wasn’t here to hear what I thought was a really positive discussion.”

A colleague of Lever said Doyle-Price had agreed to attend a private meeting with representatives of the alliance in Westminster.

Professor Martin Green, chief executive of Care England, which represents care providers and was another organisation that invited Doyle-Price to a fringe meeting that she declined to attend, told DNS that ministers “need to engage with this debate and they need to get out and hear the voices of the public”.

Doyle-Price also turned down an invitation to speak at a social care fringe event organised by the New Local Government Network thinktank.

Tory MP Helen Whateley told the Care England meeting that the social care system “simply isn’t good enough”, with “many people not getting the care they need”, and she said that it was vital that “more money goes into social care”.

Professor Green said the system was “completely at breaking point”.

And Neil Heslop, the disabled chief executive of Leonard Cheshire Disability, told another fringe event, organised by the thinktank Bright Blue – which Doyle-Price had not been invited to – that the word crisis had been overused and devalued in other areas of society, and added: “We genuinely have a crisis on our hands.”

He said there appeared to be agreement among “responsible” politicians on most of the core issues that had to be addressed, but the critical factor was the need for a cross-party approach.

He said the failure to find a solution was a “failure of political leadership”.

Professor Richard Humphries, who leads on social care for the King’s Fund, told the Bright Blue fringe event that it was hard to see how a solution would be possible without a cross-party approach, because of the political “weaponisation” of social care.

He said the social care system was currently “rudderless” and without a long-term plan it would continue to “lurch from one crisis to the next”.

Meanwhile, at one of the fringe meetings Doyle-Price failed to attend this week, the campaign organisation 38 Degrees released figures from a survey carried out just days earlier, in which 95,000 of its members had taken part.

More than 90 per cent of them (91 per cent) said social care should be free at the point of use for most or all people, while 86 per cent still agreed with that statement even if they would have to pay more tax to fund such a policy.

The Conservative party had failed to comment on Doyle-Price’s refusal to attend the fringe meetings by noon today (Thursday). 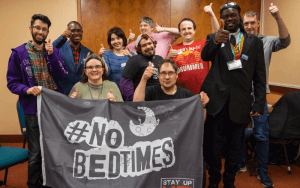