You are here: Home / Arts, Culture and Sport / Tourist attraction could face legal action after ‘years of access failings’ 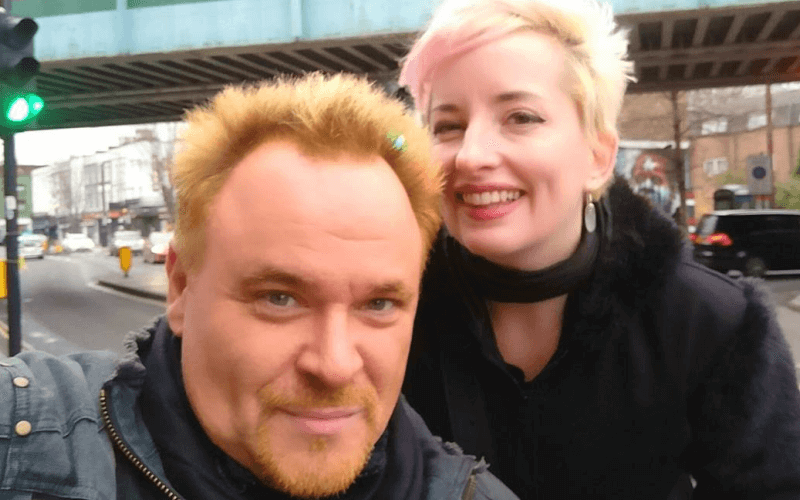 A world-renowned London tourist attraction could soon be facing legal action after failing for years to address its glaring access flaws, according to a former adviser.

Disabled broadcaster, journalist and access consultant Mik Scarlet said it was “shocking” that a top London tourist attraction like Camden Market was so “unwelcoming and unsafe” for disabled people.

He previously spent more than six years working two days a month advising the market on its access.

But almost nothing was done by its owners to act on his advice, he says.

He was taken on as an access consultant at a time when he was one of the market’s most outspoken and high-profile critics.

Now, he says, he feels like he was just “paid to shut up”.

It is now three years since he stopped working for Camden Market, and he believes the situation has become so bad that its accessibility failings are a significant health and safety risk to many disabled visitors.

Scarlet (pictured near the market, with wife Diane), who lives in Camden, told Disability News Service (DNS): “This is an internationally-famous tourist attraction. It really puts Camden on the map.

“It needs to start being inclusive and represent London in the 21st century.

“You can’t guarantee walking around the market that you won’t trip and fall.”

He added: “I rant on Twitter a lot about this and every time I do, I’m contacted by people who either say, ‘We came, it was awful and it ruined our holiday,’ or, ‘We don’t even go there although we’ve always wanted to because we know how bad it is.’

“I don’t understand why the council or the people who run it aren’t embarrassed to be known internationally as somewhere that is so [inaccessible] that disabled people will either go there and it will ruin their holiday because they will get hurt, or not go there at all because they know they will have an awful time. I just don’t get it.”

The huge, sprawling market, which stretches north from Regent’s Canal in Camden, dates back to 1974 but it is now internationally-renowned and has become a huge tourist draw for the capital.

It is the city’s largest market and is open seven days a week, but for wheelchair-users and blind and partially-sighted visitors, large parts of it are practically a no-go area because of the state of disrepair of the cobbled walkways.

Scarlet believes the cobbles, which have steadily deteriorated over the years, are the biggest access failing.

But there are also problems with the accessible toilets – one of which he says became notorious for being used by some stallholders to dispose of their used cooking fat – lifts, poor ramped access to shops and wayfinding around the maze of stalls, shops, bars and clubs.

Scarlet began working one day a month for the market about 10 years ago and spent more than six years writing reports, attending meetings and offering advice on access.

Earlier this year he was invited to a meeting with new management and he says he was promised a “rolling programme of upgrades”.

He said: “That was just after Christmas. It’s now the end of August and I haven’t seen anything done.”

He believes the only solution now is to talk to a solicitor about taking legal action against the market for disability discrimination under the Equality Act.

But he is also frustrated with Labour-run Camden council, which he says has done nothing to force the market to improve access.

He compares it with one of his current clients, Derby City Council, which pressures licensed premises to improve access and has a fund to help businesses make access improvements in keeping with the historic environment.

Scarlet remembers taking the head of athlete engagement for the London 2012 Paralympics, who was preparing information in advance of the games, on a tour of the market.

The cobbles were so bad that the man had to be strapped into his wheelchair by his personal assistant, who also had to “gaffer-tape his head to his headrest”, said Scarlet.

He later advised athletes not to visit the market until they had competed, warning them: “It is so inaccessible you will injure yourself before the games.”

But a Camden council spokesperson said: “Camden Market is an important part of the character, culture and heritage of Camden Town and the borough.

“The council wants to ensure the market is accessible to all and has encouraged the owners to share their vision strategy, to ensure that this aspiration is realised.”

He said the council’s building control service can advise businesses on accessibility audits, but there are “instances where either due to factors such as space or impact on structural integrity, or public safety, such access provision may not be possible”.

He said there had been no complaints received by the council’s licensing service relating to access to Camden Market businesses.