You are here: Home / Activism and Campaigning / Town council secures half a million in lottery cash… then bans electric wheelchairs 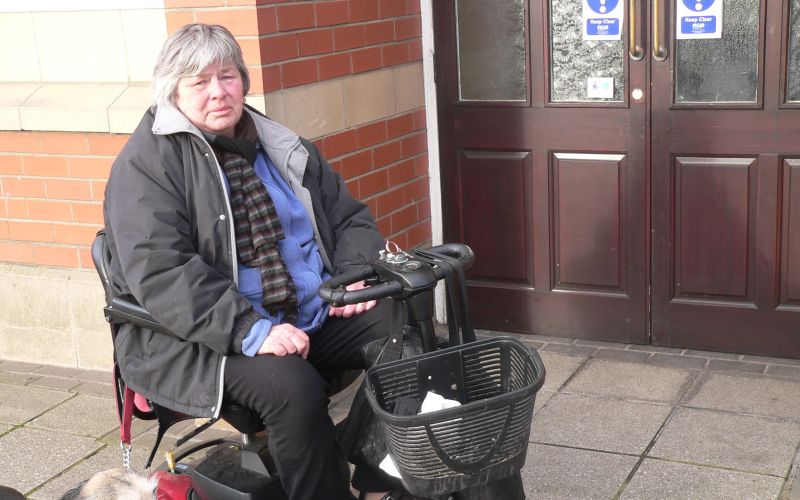 A town council that secured half a million pounds in lottery funding to turn a building into a new community centre and council offices banned disabled people from entering the newly-refurbished premises in their scooters or electric wheelchairs.

The Meridian Centre Withernsea (MCW), in east Yorkshire, provides community facilities and hosts the ground-floor offices of the town council, which owns the building.

But disabled people who use scooters or electric wheelchairs were told they had to leave them at the front door.

The centre’s policy was first exposed last summer by scooter-user Adrienne Jardine, who visited the centre on her own for one of its regular bingo sessions.

The main, accessible entrance was locked and the side door, which was unlocked, had a step.

When she asked for assistance, she was told she would have to leave her scooter outside and walk in, even though she cannot walk.

She told Disability News Service (DNS): “I said, ‘I can’t walk.’ It was so humiliating.”

The centre now appears to have changed its policy slightly, but still only allows scooters and electric wheelchairs into the building on a “discretionary” basis and only if their users provide “prior notice”.

Despite the Big Lottery Fund (BLF) providing more than £500,000 to fund the renovation work on the former club and bar, the council decided it could only afford to install a platform lift, rather than a proper passenger lift.

This led to MCW banning scooters and electric wheelchairs from the platform lift, so any disabled people who use them and want to visit the first floor – where most events, such as film screenings and bingo sessions, take place – had to transfer outside the building into a manual wheelchair.

MCW claims that Stannah, the company that installed the platform lift, only guaranteed its use for manual wheelchairs, although DNS has seen an email from Stannah that states that the lifts are suitable for electric wheelchairs.

East Riding of Yorkshire Council, which uses the building as a polling station, has even been forced to secure an agreement from MCW to allow people using electric wheelchairs and mobility scooters into the ground floor of the building to vote during elections.

DNS has seen an email sent by town council clerk Jayne Moxon last November to local MP Graham Stuart, in which she says: “Everyone who comes to the events on a mobility scooter leaves them outside the building.

“Mobility scooters are getting bigger and heavier and can cause damage (already have) when used inside. They also would create an obstruction in the fire exits.

“We are only able to take Class 1 wheelchairs [manual, or self-propelled wheelchairs] inside the building.

“This is not discriminating in any way, it is for safe use of the building, facilities and all its users.”

She then claims – wrongly – that this is the policy “in many public buildings, including the House of Commons”.

Terry Dagnall, a town councillor, who became chair of MCW in November, said that electric wheelchairs were now allowed to use the platform lift.

He told Stuart in December that scooter-users were allowed into the building with “prior notification”.

But he has so far been unable to explain why this current policy differs from what Moxon told the MP.

Moxon has also been unable to explain the difference between what she and Dagnall told the MP.

She told DNS: “The lift specification was carefully considered by our professional team – architects, structural engineers and quantity surveyors, building regulations and the Big Lottery funders, and we put the best one in that we could afford.”

She added: “Most people who come to the events on a mobility scooter leave them outside the building, though we do allow some inside, given prior notice.

“This is to plan to accommodate them safely for all the users.”

The Big Lottery Fund has so far refused to criticise any of the decisions made by the town council or MCW and has insisted that it was “not the case” that some disabled people had been denied access to the building, despite being shown Moxon’s email to Graham Stuart.

A BLF spokeswoman said: “We reviewed the proposal to install a platform lift and were comfortable that it would provide vertical access.

“It was built in compliance and means that a building that didn’t previously have a lift now does.”

She added: “We would always be concerned if it came to light that people were being barred access from a public building that we had funded. However, this is not the case.”

Adrienne Jardine (pictured, outside the centre) said she was “very surprised and angry” with the Big Lottery Fund’s approach.

She said: “I am just so humiliated and angry.

“The money was given for the community and not for the council.

“It seems as though the whole building has been designed for the use of the council and not for the public at large.

“Everything is upstairs, which is inaccessible to people on electric wheelchairs and scooters.”

The concerns have been taken up by support and campaign group Disabled Voices East Riding (DVER).

Catherine Scarlett, DVER’s founder, said: “I have been really shocked by this situation. Mrs Jardine contacted me after not being allowed into the centre to go to bingo on her scooter.

“After she went to her local paper, the responses from the council were shocking – saying that 99 per cent of scooter users can walk anyway and that she should have had a carer with her.”

She said the council and centre had imposed a “de facto ban on scooter and electric wheelchair users”.

Scarlett added: “Expecting a disabled person to have a carer with them to attend events and to undertake the dangerous transfer from scooter to wheelchair outside puts wheelchair users at a substantial disadvantage compared with non-disabled people using the building, and also amounts to humiliating treatment.

“Why would someone with a scooter or electric wheelchair have to inform the centre in advance to be allowed in?”

She said the policies were clear breaches of the Equality Act.

Scarlett said: “I am disgusted with the Big Lottery Fund, who appear to be colluding with the discriminatory practices of the Meridian Centre by stating that people are not being barred from going in, when an independent scooter or powerchair user who couldn’t transfer or operate a manual wheelchair would not be allowed in.

“Both Withernsea Town Council and the Big Lottery Fund need to update their understanding of the Equality Act, especially the public sector equality duty, and get some urgent disability equality training.

“Withernsea Town Council should also publicly apologise to Mrs Jardine for the humiliation and distress they have caused her and tell the disabled people of the town that they are welcome to enter the centre and use the lift to visit the cinema and function rooms.” 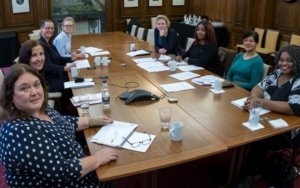 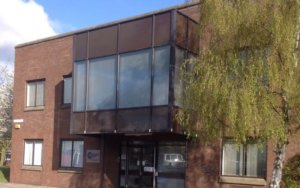 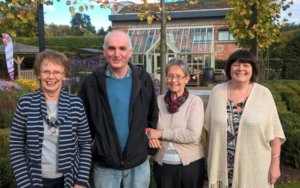