You are here: Home / Benefits and Poverty / Trio of disabled women say EHRC has failed them and other families over benefit deaths 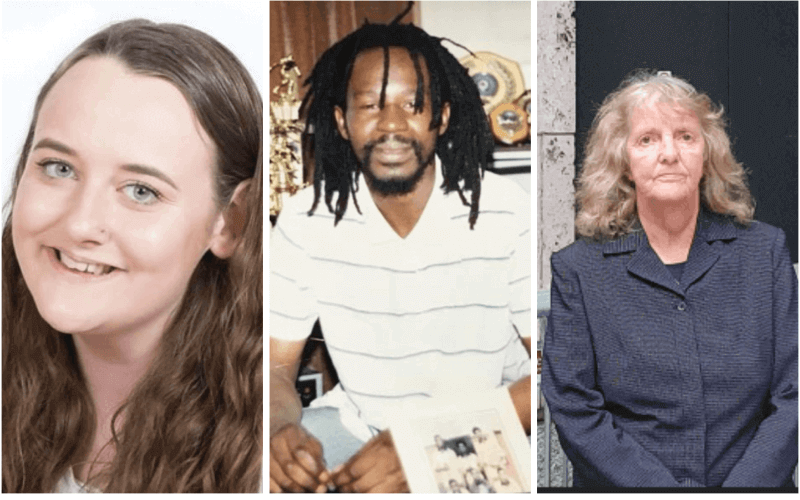 Three disabled women who lost relatives because of the actions of the Department for Work and Pensions (DWP) have accused the equality watchdog of failing them and countless other families.

They spoke out this week after the Equality and Human Rights Commission (EHRC) refused to follow through on plans for an inquiry into multiple deaths linked to DWP’s failings.

The commission has instead announced plans for a voluntary agreement with DWP that will commit the department to follow an action plan aimed at “resolving issues for DWP customers”.

The details of the so-called section 23 agreement are not likely to be released until the summer but will require DWP to “improve its treatment of disabled benefit claimants” and not breach its duties under the Equality Act.

In a letter to the Commons work and pensions committee, published this week, the commission said it was negotiating an agreement with DWP that will ensure it complies with its obligations under the Equality Act’s public sector equality duty.

It said it was “confident the Commission and DWP will together develop an action plan that can provide further positive improvements to the experiences of people with mental health and learning difficulties in the social security system”.

But despite EHRC’s apparent confidence that an agreement would be signed, DWP insisted this week that it “complies with the requirements of the Equality Act 2010 and has not identified any systemic unlawful action”, and that it “has not reached or entered into a legal agreement with the EHRC”.

Chloe Smith, the minister for disabled people, said DWP had been “corresponding with” EHRC about its duty to make reasonable adjustments under the Equality Act 2010 since March 2021.

The EHRC announcement is further proof that the commission has abandoned any plans to hold an inquiry into deaths linked to DWP’s disability benefits assessment system.

It had originally promised to carry out an inquiry after being approached in April 2019 by Labour’s Debbie Abrahams, a former shadow work and pensions secretary.

But the commission later decided to delay and “deprioritise” the inquiry – blaming the pandemic – and then backed away even further from the commitment by instead announcing plans to address the “systemic barriers” facing disabled claimants in the benefits system.

The proposed section 23 agreement – if it happens – appears to be the only result of that work.

Now three disabled women who have campaigned for justice for relatives whose deaths were linked to DWP’s actions have criticised EHRC for dropping its plans for an inquiry.

Alison Burton, Imogen Day and Joy Dove told Disability News Service (DNS) this week that the commission had failed them and other families.

Alison Burton is the daughter-in-law of Errol Graham, who starved to death after DWP wrongly stopped his employment and support allowance (ESA), leaving him without any income.

She said the section 23 agreement was another bit of pressure on DWP but was “nowhere near enough”.

She said it showed the continuing issues around trusting both DWP and EHRC, after it backed out of its promise to hold an inquiry.

She said: “They will never be able to restore public trust without that inquiry.

“That’s the only way DWP are going to be able to wipe the slate clear and build for a better future.

“There will always be questions and mistrust with that department until they clear the skeletons out of the closet.

“The public inquiry is the only thing that will even go an inch towards restoring the damage that has been caused.”

An inquest in January 2021 uncovered 28 separate problems with the personal independence payment system that helped cause the death of Philippa Day in October 2019.

Her sister Imogen told DNS this week that EHRC had failed those who have been left bereaved by DWP’s actions.

She said: “An independent inquiry is necessary to prevent further deaths and acts of serious harm.

“Without an inquiry it is clear that more failings will continue to be made.”

Joy Dove’s daughter, Jodey Whiting, took her own life in February 2017, 15 days after she had her ESA wrongly stopped for missing a work capability assessment.

Dove said this week that EHRC’s failure to carry out an inquiry was “not good enough”.

She said: “We need an inquiry to get to the truth about the failings.

“Having an inquiry is the right thing to do so all the families can get some peace.”

Abrahams has also spoken out, telling the Mirror that although the section 23 agreement was “a step forward” it was “just not good enough” and there needed to be “a full independent transparent inquiry looking at the scale of the deaths, the responsibility round the culture of the organisation, and the policies that contributed to it”.

A DWP spokesperson said in a statement: “We are committed to providing a compassionate and responsive service to all our customers, and are constantly improving our processes to deliver consistently reliable and high quality standards.

“We have not so far identified any systemic unlawful action by the department.

“We will continue to work collaboratively towards our shared goals with the commission, addressing their concerns and delivering for our customers.”

He declined to say if this statement meant there was no guarantee that DWP would sign a section 23 agreement.

An EHRC spokesperson had not responded to DWP’s statement by noon today (Thursday).

But the commission told DNS earlier: “Entering into a section 23 agreement with the Department for Work and Pensions is the most effective, direct and targeted means of redress to deal with the systemic barriers disabled claimants face in the benefits system.

“A section 23 agreement will ensure swift and meaningful change and is a more appropriate use of our specific powers.

“This legally-binding action plan is focused on swiftly resolving issues for DWP customers, while avoiding lengthy investigations and offering the bereaved families the justice they deserve.”