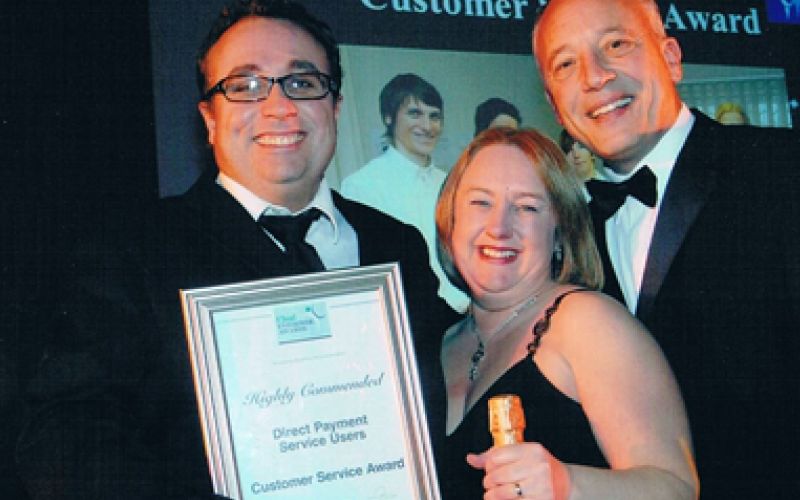 Three disabled people are taking legal action against a council that has banned them and other service-users from continuing to use a disabled people’s organisation (DPO) to support them with managing their care packages.

It is believed to be the first case in which service-users have sought a judicial review under the government’s new Care Act 2014.

All three claimants – Haydn Collins, Jenny Bolland and Slade Holmes – have been using Direct Payment Service Users (DiPSU) to support them in managing the direct payments allocated by Nottinghamshire County Council to fund their care and support, and say the DPO has provided them with a high quality service.

But the council claims that a long-running probe by its own trading standards department, including, more recently, allegations of fraud against DiPSU, makes the organisation unfit to be providing services to hundreds of service-users across the county.

DiPSU, which has been running since 2003, insists it has done nothing wrong and that the council has never provided a shred of evidence for its allegations.

Paul Co-Head, chief executive of DiPSU, said his organisation had to resort to legal action twice during 2014 to prevent the council from excluding it from providing direct payments support in the county.

It was only a few weeks after the second failed attempt that the council launched its trading standards investigation, a probe which DiPSU’s lawyers, Irwin Mitchell, have described as “frivolous” and “a fishing expedition”.

Last summer, the council announced that it was now investigating DiPSU for alleged fraud.

It has now sent letters to every one of DiPSU’s direct payments clients, telling them that they must no longer use DiPSU because it was not an “accredited” service-provider.

DiPSU says that only five of more than 500 clients across Nottinghamshire have left the organisation “of their own choice”, but Co-Head said the council was “writing letters which are forcing the rest of our service-users to leave against their will or lose their direct payments for another method of care arranged by the council”.

One of the letters, seen by Disability News Service, tells the recipient that the council has been told that they are “unwilling” to transfer their direct payments support from DiPSU to an alternative provider.

The letter suggests that if they refuse to leave DiPSU, the council could remove their right to receive direct payments.

DiPSU says the council has failed to provide a single piece of evidence of fraudulent behaviour, while independent accountants have examined its accounts and given it a clean bill of health.

Co-Head said: “It is causing a lot of people a lot of stress, but it isn’t about us, it is about disabled people having the right to choose the organisations they wish.”

He said the three DiPSU service-users were now “fighting to have that right to independence, choice and control”, but he warned: “If the council wins this case, it means they have found a way around the Care Act.”

Co-Head believes that it was DiPSU’s efforts to protect service-users from the impact of spending cuts from November 2013 that led to a deterioration in its relationship with the council.

If the council wins its battle to exclude DiPSU, Co-Head said his organisation would probably be forced to close within six months.

He said: “The vast majority [of council staff], especially frontline workers, have worked hard alongside us to promote the rights of disabled people to have independence, choice and control, but we have been bullied, harassed and intimidated by senior officials, and been treated like common criminals.

“The uncertainty of our futures is making us feel physically and mentally ill, but we are doing it for what we think is a very good cause.

“As a disabled person myself, I believe it is our human right to have independence, choice and control over who provides support for us.”

So far, he said, out of about 2,000 clients – employing more than 5,000 staff – who have received support from DiPSU, not one has suffered financial loss as a result of using direct payments, and none of them have been successfully taken to an employment tribunal.

He said: “We think we have a very, very good track record.”

There has only ever been one formal complaint against a DiPSU employee, he said, and that was from a social worker complaining that a DiPSU member of staff had stepped outside their duties by cooking a meal for a client when a personal assistant failed to turn up for their shift.

A spokesman for the county council said it was limited in what it could say, because of the ongoing investigation.

But Caroline Baria, the council’s adult social care and health service director, said: “The county council suspended Direct Payment Service Users Ltd (DiPSU) from its list of accredited direct payment support service-providers in August 2015 due to a major criminal investigation being carried out by trading standards into potential fraud involving this provider.

“The suspension of DiPSU does not relate to the implementation of the council’s direct payment policy and will not prevent the council from carrying out its statutory responsibilities.

“We have had to act to safeguard service-users against potential fraud so we are moving all Nottinghamshire residents who use this service-provider to alternative providers.

“There are currently four accredited direct payment support service-providers within Nottinghamshire [council letters to DiPSU clients suggest there are only three].

“We are starting to work with the first group of 100 service-users on this move and this should be completed by the end of March.”

Lawyers for Collins, Bolland and Holmes say the council’s actions are unlawful because they breach the Care Act 2014; the council’s public sector equality duty under the Equality Act; and the European Convention on Human Rights and the UN Convention on the Rights of Persons with Disabilities.

They hope to win permission for a full judicial review of the council’s new rules at a high court hearing in Birmingham next month (11 February).

Martin Bridger, solicitor for the three claimants, from legal firm Bhatia Best, said: “It’s quite clear-cut that the Care Act says that local authorities cannot mandate the use of accredited providers.”

He added: “We are saying the decision is irrational, unlawful and unreasonable because it has been taken too quickly, without consulting with the individual claimants… and without disclosing in that consultation all the evidence to say, ‘This is why you cannot use DiPSU.’

“It’s an important case, touching on a piece of legislation that has not been tested by the courts yet.”

“The council took the decision to safeguard vulnerable people from potential fraud and to protect public funds and stands by that decision.

“Permission to proceed with the claim was refused by the court in November 2015.

“However, the claimants have requested that the court reconsider the issue of permission. This request will be considered by the court in February 2016.

“As is always the case, we will work with the individual people affected by the change and consider all options available to ensure there is minimum disruption to the care and support they receive.