Disabled activists have called for an end to the “creeping” use of driver-only operated (DOO) trains, which they say put the safety of disabled passengers at risk.

The call was headed by a union activist who was once saved from falling onto the track by the actions of a train guard and a member of station staff after she had experienced her first TIA (transient ischaemic attack, or “mini stroke”).

Jennifer Aggrey-Fynn (pictured), from the RMT union, told the TUC’s annual Disabled Workers’ Conference that the guard’s role should be a “safety-critical one”, such as assisting in emergencies and helping passengers who have had accidents, as happened to her at Waterloo station five years ago.

The motion she proposed, attacking the increasing use of DOO services – in which the driver has responsibility for opening and closing the doors – and condemning train operating companies that refuse to ensure there is a second safety-critical member of staff on board every train, was unanimously carried.

She said DOO services meant there was no-one to help disabled passengers on and off trains, and no-one to make sure doors do not close until everyone is safely inside the train or on the platform.

The motion said that removing a safety-critical guard from trains would have a disproportionate impact on disabled people, and it condemned the actions of the much-criticised Southern Rail for its refusal to ensure that all its trains had this second safety-critical member of staff.

It warned that DOO trains have been “creeping into services across the country”.

Ray Spiteri, from TSSA, the transport and travel union, said: “If trains are to be accessible to all, then disabled passengers’ access needs must be met.

“An important part of that is having a well-trained guard who can afford assistance.

“We are very concerned about the fact that more and more train operating companies are attempting to impose this unsafe practice on their passengers.”

Amy Murphy, from the USDAW union, said disabled passengers were already faced with barriers such as unstaffed stations and broken lifts, and removing the safety-critical guard “will make access to trains more difficult and in some cases impossible”.

Delegates also praised RMT for the strike action it has taken against Southern, Merseyrail and Northern for their increasing moves towards the use of DOO trains. 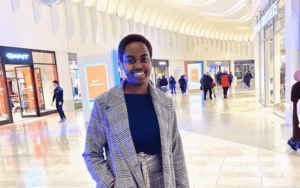