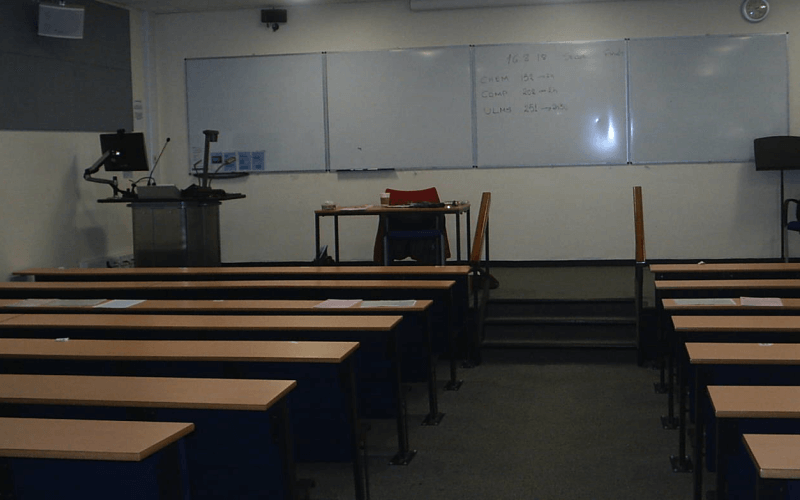 A “Disability Confident” university is facing claims that it forced a disabled member of staff to scour the campus for accessible rooms in which she could deliver her lectures.

The University of Liverpool also told Dr Kay Inckle that it might be considered “reasonable” for her to go down stairs on her bottom in some circumstances rather than be timetabled into ground floor or fully accessible rooms.

And it told the wheelchair-user that she would have to wait in the wings for the end of the annual procession of academic staff through the Liverpool Philharmonic Hall before she was allowed to join them on stage at the end-of year conferment ceremony in which students receive their degrees.

After she protested about her treatment, she says, she was eventually allowed to join the procession.

The university has even claimed that it cannot afford to pay for an access consultant to ensure plans for a £30 million refurbishment of the building where the school of law and social justice and her office will be located are accessible.

Instead of paying for a professional consultant, the university has asked Inckle, and possibly other disabled staff, to offer advice on access requirements for the refurbished building.

The university will also not commit to putting a fire evacuation lift in the building to ensure that disabled people can escape in an emergency, says Inckle.

And one of the two lifts in the main student union building has been out of action for nearly a year, which means that wheelchair-users have not been able to reach the upper floors.

Despite the claims, the university is one of about 7,000 employers that have signed up to the government’s discredited Disability Confident employment scheme.

It claims to be a Disability Confident Employer – the second of the scheme’s three levels – as an organisation that is “recognised as going the extra mile to make sure disabled people get a fair chance”.

Critics have previously argued that it is easy for employers to sign up to the Disability Confident scheme and then continue to discriminate against disabled people.

Inckle, a sociology lecturer who specialises in work on disability, self-harm and mental distress, told Disability News Service that she has been treated with “absolute contempt” by the university.

And she said it was “sickening and laughable” that the university saw itself as a Disability Confident employer.

Now the local branch of her union, the University and College Union, has passed a motion condemning the university’s treatment of her and other disabled staff and students, and is calling for support from disability rights groups.

Its motion says: “The branch is concerned with how the University is discriminating against disabled staff and students in a variety of direct ways from failing to provide accessible rooms and hold accurate information of the accessibility of rooms, to ensuring new buildings are fully compliant with the Equality Act 2010.

“There are also frequent failures to make reasonable adjustments in an effective and timely manner and a hostile and obstructive response towards those who request such adjustments.”

It adds: “A request for an accessible room is not discretionary; it is a legally binding, non-optional and reasonable adjustment.”

The union branch has concluded that the university is breaching the Equality Act 2010 and that its discriminatory actions are “heavily impacting staff and students”.

Inckle described how she has repeatedly been allocated rooms for her lectures that were accessible for disabled students but inaccessible for her because the lecturer’s area could only be reached via steps.

When she complained, she was told to search the campus herself for accessible rooms that would be suitable for her to lecture in.

She has even been allocated rooms that she would not be able to evacuate from in the event of a fire, and she says it took 10 months for the university to provide an accessible toilet for her to use in her own department.

She said: “I was told by one member of university staff that the university might think it was reasonable for me to go down stairs on my bum in some situations rather than provide me with fully accessible rooms.”

On another occasion, a member of university staff demanded that she demonstrate to him how she could be evacuated down stairs in her wheelchair before he would give her permission to use the fire evacuation lift.

Her pleas to address the shortage of accessible parking spaces near her office have also been dismissed.

She said: “As a disabled woman, I am seen as useless and worthless and as an annoyance.

“I am treated with absolute contempt. They see me as a nuisance who needs to shut up and go away.”

“Colleagues at the University and College Union have recently raised a number of points with the university regarding the experiences of disabled staff and students and we are actively looking into these.

“We are eager to work with the trade unions and have agreed to meet with them to discuss this further as soon as possible.”

Picture: One of the rooms Dr Inckle was asked to lecture in