You are here: Home / Arts, Culture and Sport / University to provide a home for NDACA disability arts collection 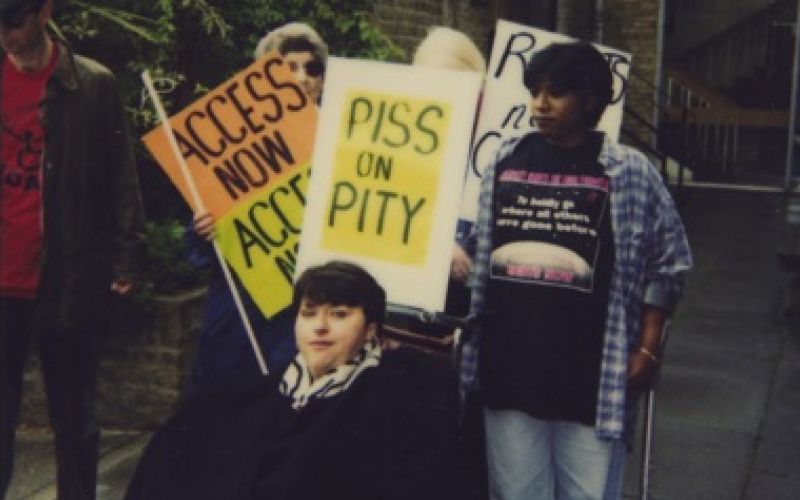 A collection and archive that tells the 40-year history of the disability arts movement will have a permanent home from next April, the project has announced.

The latest stage of the £1 million National Disability Arts Collection and Archive (NDACA) project will see a wing of Buckinghamshire New University’s library, on its High Wycombe campus, devoted to hundreds of the movement’s most significant pieces of work.

As well as some of the collection being displayed in the university’s nearby art gallery, other parts of the archive that have been copied digitally and cannot be shown publicly for copyright reasons – including a detailed timeline of the disability arts movement, illustrated by some of its most significant works – will be available for private inspection in the new NDACA Wing for Learning.

All of the NDACA catalogue will eventually be available to view through a new website.

As well as donated art works, the physical archive also includes hundreds of posters, photographs, postcards, tee-shirts, catalogues, and a complete set of the Disability Arts in London magazine.

Some of this will be archived by the university, while other parts will be stored by organisations partnering Shape in the project – DaDaFest, Disability Arts Online, Zinc, Graeae, Holton Lee and the disabled-led digital arts agency filmpro.

The digital archive will be made available through the interactive website, while some elements of the collection – such as films in now-obsolete formats – will be available for more detailed inspection by students, researchers and academics, by appointment, when the wing opens next April.

And this summer, NDACA will be producing up to 50 new short films of interviews with some of the movement’s most significant “contributors and leaders”.

David Hevey, NDACA’s project director, told Disability News Service that he believed that both the website and the new wing would secure worldwide attention.

He said: “Our story is that disability arts was arguably one of the most successful political arts movement in the world.

“Had there not been a cultural intervention from the disability arts movement, I don’t think the Disability Discrimination Act would have gone through.

“It’s a campaign that did change the world. It’s quite a story.”

Hevey said he hoped the “shining light examples” of the disability arts movement that are being archived and collected by NDACA will help “counter the reactionary stuff” that disabled people have faced at the hands of successive governments.

The project is funded by the Heritage Lottery Fund, Arts Council England and the Joseph Rowntree Foundation.

Picture: A Polaroid of a Piss on Pity demonstration organised by disability arts movement activists, part of the collection (date unknown)