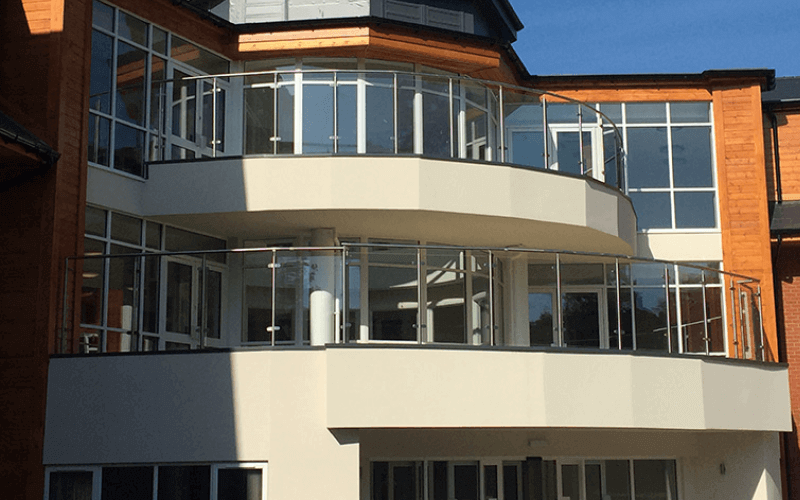 The care watchdog has yet to find a significant link between a controversial programme to discharge hospital patients still infected with COVID-19 into care homes and a series of fatal outbreaks of the virus, despite alarming new figures.

It came after analysis of official figures by Disability News Service (DNS) raised concerns of a possible link between the “Designated Settings” programme and a sharp spike in deaths in some care homes in England that took part in the scheme during the pandemic’s second wave.

Figures showing how many COVID-related deaths were associated with large and medium-sized care homes across the country in the first year of the pandemic were released last week by the Care Quality Commission (CQC).

But the figures also show how many COVID-related deaths were reported by care homes that had recently signed up to the “Designated Settings” programme, managed by CQC but devised by the Department of Health and Social Care (DHSC) and launched last autumn.

Under the programme, care homes that passed strict safety checks were allowed to accept hospital patients who were recovering from COVID-19 but were still infected with the virus.

Most of those homes allocated a segregated part of their building to receive patients with COVID-19, while other parts continued to be occupied by older and disabled service-users not infected with the virus.

Such arrangements were known under the programme as “zoned” settings, and often saw care homes of two or three floors dedicating one floor – and separate staffing – to the discharged patients with coronavirus.

From the start of the designated settings programme, there were fears that allowing such zoned settings risked repeating the outcome of the scandal that occurred early in the pandemic, when hospital patients were discharged into care homes without being tested for COVID-19, resulting in hundreds of deaths of older and disabled residents, and possibly many more.

Now the new CQC figures – which show the number of COVID-related deaths in each care home in each quarter of 2020-21 – have raised fears that the designated settings programme could – in some cases – have led to this kind of cross-infection in zoned settings.

DNS understands that CQC has not yet found any significant link between the designated settings programme and spikes in deaths at some of the homes that took part.

But DNS has found 25 care homes where there was a sharp spike in deaths in the quarter in which a care home joined the designated settings programme, or the following three months.

There is no suggestion that any of the homes failed in any way in their duties to protect their service-users or failed to follow the strict infection prevention and control protocols laid down by CQC, while some of the deaths could have been of people who had experienced a relapse after being discharged from hospital.

But the figures do raise concerns that the design of the designated settings programme could have led to the infection and subsequent death of some existing service-users in some of the care homes.

Among those homes is Castlebar, a care home in Lewisham which announced in March that it was closing for financial reasons, but which reported 13 deaths to CQC between January and March this year – compared with just two deaths across the previous nine months – after joining the designated settings programme in December.

Another is Aldergrove Manor, a purpose-built, 70-bed care home in Wolverhampton, owned by Select Healthcare Group, which reported just one death in the first three quarters of 2020-21, but then joined the scheme on 4 March 2021 and reported 13 deaths in the final quarter of 2020-21.

A third home, Heath Lodge, in Hertfordshire, is run by Gold Care Homes, and reported just three COVID-related deaths across the first three quarters of the pandemic, but then reported 19 in the final quarter, after joining the designated settings programme on 6 January 2021.

Another home, Hawkhurst House (pictured), in Kent, run by Graham Care Group, saw only four COVID-related deaths in the first nine months of the year, but then 30 in the final three months, after joining the programme in late October 2020.

And Cedars Place, in Essex, owned by Stow Healthcare, reported no deaths in the first three quarters of the year, but reported 12 deaths in the final quarter, after joining the designated settings programme on 18 January.

By 1pm today (Thursday), the owners of Castlebar, Aldergrove Manor, Heath Lodge and Cedars Place had failed to comment on the figures.

But Ernie Graham, co-owner of Graham Care Group, which owns seven care homes, has spoken to DNS about Hawkhurst House.

He said that some of the 30 deaths in the final three months of the year were in the part of the home that had been put aside for patients released from hospital with COVID – the second floor of the building – while some were of service-users in the other parts of the care home.

But he said there was “no evidence” that the virus had spread from the second floor to the rest of the home.

He said that the second floor of Hawkhurst House, which was used as the designated setting, had separate staffing and management, and a separate entrance, from the rest of the care home.

He said: “We went to one huge amount of effort to do this and worked really closely with the CQC. I can’t think how it could have happened.

“I haven’t seen evidence that there is any basis for being concerned.

“It was a terrible tragedy and very, very distressing for the staff. That second wave just hit like wildfire.

“All I know is that at Hawkhurst we took every measure we possibly could.”

Asked if there should be an investigation into possible links between the designated setting programme and the deaths at Hawkhurst, he said: “This is a pandemic. I am sure COVID needs to be investigated at every different level.

“Do I think this should be investigated? I don’t think so. [But] I’m only a care provider. I don’t really know.”

And he pointed out that there were also spikes in the numbers of deaths in homes that were not part of the designated settings programme during the second wave of the pandemic.

As part of CQC protocols, care homes that take part in the scheme must follow infection prevention and control (IPC) good practice, and they must also ensure that staff do not move between a designated and a non-designated setting.

Kate Terroni, CQC’s chief inspector for adult social care, said: “It is our role to ensure that proposed locations for the designate scheme, which is an initiative led by DHSC, are safe for people with a confirmed COVID-19 test result to be discharged into.

“Having inspected and, where appropriate, approved designated locations, we have supported people to leave hospital in a safe and timely way.

“Our IPC inspections provide an assurance, whether the designated location is standalone or zoned, that the correct infection prevention and control measures are in place to keep people safe.

“In considering the recent data which we have published on notifications provided to us about deaths of care home residents, it is important to remember that every number represents a life lost – and families, friends and those who cared for them who are having to face the sadness and consequences of their death.

“We are grateful for the time that families who lost their loved ones during the pandemic have spent meeting with us and the personal experiences they have shared.

“These discussions have helped us shape our thinking around the highly sensitive issue of publishing information on the numbers of death notifications involving COVID-19 received from individual care homes.

“We have a duty to be transparent and to act in the public interest, and we made a commitment to publish data at this level, but only once we felt were able to do so as accurately and safely as possible given the complexity and sensitivity of the data.

“In doing so, we aim to provide a more comprehensive picture of the impact of COVID-19 on care homes, the people living in them and their families.

“It is important to be clear, however, that although this data relates to deaths of people who were care home residents, many of them did not die in or contract COVID-19 in a care home.”

The Department of Health and Social Care (DHSC) refused to answer any questions about the CQC figures and any possible links with the designated settings programme, or to say if it would be investigating those concerns.

But a DHSC spokesperson said in a statement: “Every death from this awful virus is a tragedy and our deepest sympathies are with those who have lost loved ones.

“Throughout this global pandemic we have done all we can to protect vulnerable people in adult social care, providing billions of pounds to support the sector, including on infection and prevention control measures, free PPE [personal protective equipment], priority vaccinations and additional testing.

“We have seen huge take up of the vaccine in those settings, with 93 per cent of residents and over 75 per cent of eligible staff in care homes having had two vaccine doses.

“To prevent the risk of infections entering care homes, anyone who is likely to be infectious with COVID-19 should be discharged to a setting that meets a set of agreed standards, ensuring that residents who have tested positive for COVID-19 receive the right care.”