The Metropolitan police have launched an inquiry into the policing of a five-hour protest outside Westminster Abbey, apparently following allegations that officers prevented disabled activists from receiving food, drink and medication.

It is just the latest inquiry to examine how the force has dealt with disabled people who have taken part in anti-austerity protests since the coalition came to power in 2010.

Saturday’s protest at Westminster Abbey was aimed at drawing attention to the government’s decision to close the Independent Living Fund (ILF), and included about 10 ILF-recipients, all disabled people with high support needs.

A heavy police presence arrived minutes after activists from Disabled People Against Cuts (DPAC) began setting up a camp on private land belonging to the abbey, with the support of the mainstream grassroots groups UK Uncut and Occupy London.

Some of the activists were not able to enter the grounds because security staff – who appeared to have been warned about the protest in advance – had already locked some of the gates.

The police presence continued to grow until there were more than 200 officers surrounding a group of about 50 protesters, about half of whom were disabled people.

One of the protestors who had been unable to enter the grounds, Robert Punton, described later in a blog how a disabled activist inside the metal railings asked Punton’s personal assistant to pass him a bag, which contained his medication.

But a police officer pushed the bag back over the fence, even though he was told it contained vital medication.

Officers also refused to allow food and water to be passed over the fence.

A staff member in the office of the commissioner of the Metropolitan police confirmed to a disabled campaigner that he had referred the event’s policing to the force’s directorate of professional standards so that it could consider “any learning we can do as an organisation to prevent this happening again”.

A spokesman for the Met added: “A complaint was received on 1 July… the complaint has been referred to the directorate of professional standards who are currently looking at it.

“It was around the policing but we are not going to go into details of the complaint.”

It is the latest in a series of similar investigations into how the force treats disabled protesters.

Two years ago, the Labour MP John McDonnell called for an inquiry into the “violence” of police officers against disabled activists from DPAC who took part in a protest outside Department for Work and Pensions offices in Whitehall.

In August 2011, the Independent Police Complaints Commission ruled that an officer used “excessive” force in dragging activist Jody McIntyre across a road and away from his wheelchair during the December 2011 student tuition fees demonstrations.

And in January 2011, DPAC activists who took part in a protest outside the headquarters of the outsourcing giant Atos raised concerns about the use of “kettling”, a controversial containment tactic, after police set up metal fences hemming the disabled protesters into a small area and allowing only one exit.

A police spokesman confirmed that a man and a woman had been arrested at the Westminster Abbey protest on suspicion of assaulting a police officer, and had been bailed until a date in September. Neither of the activists are believed to be DPAC members. 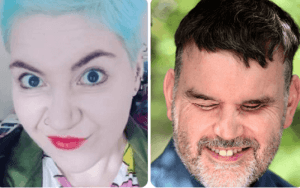