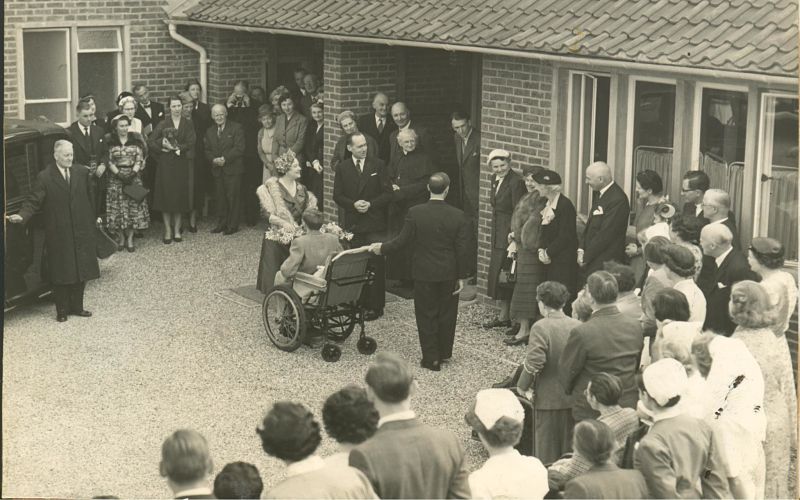 Activists have attacked the decision to give nearly £300, 000 of national lottery funding to Leonard Cheshire Disability (LCD) to research disabled people’s history.

They say the non-user-led charity is in no position to carry out such research, and fear the project will see LCD whitewash its own chequered history, which has seen it repeatedly targeted by the disabled people’s movement.

LCD has been given £242,000 by the Heritage Lottery Fund for its Rewind project – in addition to £53,000 it was handed last year in development funding – to “use its archives to raise awareness about the history of disabled people”.

The funding will “support vital conservation work, digitise archive material and record new oral history interviews with disabled people”, as well as creating a new website and allowing online public access to its collections for the first time.

It will use archive materials from Le Court (pictured), the home of the charity’s founder, Leonard Cheshire, which was adapted to become the organisation’s first residential home.

The charity will also use “trained volunteers” to help community groups “share memories and experiences” in six locations across Surrey, Sussex, Essex and Kent, and will record the oral histories of people who had contact with and experience of the charity, as well as “capturing the experience of disabled people over 70 years”.

But disabled activist and consultant John Evans – one of the residents who set up a pioneering project in 1978 to “escape” Le Court and live independently in the community – said he “cannot believe” that LCD has been awarded the funding.

He said: “I think it’s a crazy amount of money to give Leonard Cheshire, because they are not in a position to write about the history of disabled people other than the network of their residential homes.

“They don’t have any authority or expertise to be able to do it accurately.”

He added: “I don’t think it’s appropriate, of course not. Certainly not to this extent. The only history they can reflect is within their own homes.

“They can’t reflect the wider community, because in many respects their organisation excluded disabled people.”

He said that the social model of disability [which has empowered disabled people for the last 40 years] was written by disabled people who were living in Leonard Cheshire homes.

He said: “In the last 20 years they have tried to claim authority and ownership over some of the successes of the disabled people’s movement.

“Ironically, their whole set-up was doing the contrary – it was excluding people.”

Another disabled activist, Dr Paul Darke, who worked for Leonard Cheshire as its national advocacy officer before resigning in 2000 to carry out a piece of “interventionist art” attacking its “institutional disablist ideology”, also criticised the funding decision.

He said: “It is very disappointing that Leonard Cheshire have received such a large grant for a history of disabled people in the UK when they could so easily have funded such a project themselves about themselves; and in doing so they are quite likely to be taking [the funding] away from others.”

He said it was sad that LCD had not linked up with an organisation such as Disability History Month, which would have been “more of a critical partner than a passive one”.

He added: “I only hope that they will engage disabled people to do the work and lead and manage it, given their track record in employing so few disabled people in any position of significance or influence.

“What would be truly exceptional would be if they appointed a disability activist historian, with a political understanding of the broader history of disability since the Second World War, to give the outcomes a greater importance, impact and social and political legacy to create real understanding and change.”

Another disabled activist to criticise the HLF award was Doug Paulley, who lives in an LCD residential home and has campaigned for years to expose the charity’s failings.

He said: “I hope that the true history of LCD, which sparked the UK and world disabled people’s rights movement through its incarceration of residents, is brought out in full.”

In a blog this week, he highlighted the “hypocrisy” of talking about Le Court when Leonard Cheshire had forcibly closed it against the will of its residents, and in the process established the legal precedent that as a charity it was not subject to the Human Rights Act

And Paulley questioned whether the LCD project would highlight some of the other significant moments in the history of the disability movement, including protests by residents of Le Court against human rights abuses; and a direct action protest carried out by activists from the Disabled People’s Direct Action Network (DAN) at a fundraising ball for Leonard Cheshire in 2007, where they accused the charity of running “prison-like regimes”.

Paulley said: “It’s a shame that they can’t use the cash to pay their care workers the living wage.

“It’s a shame that they feel it necessary to compete for scant resources that could be better used by user-led organisations, particularly when they get such injections of taxpayers’ money through people’s fees.

“If they put their chief executive on their own care workers’ wage, that would save them £130,000 per year and they could afford to do all the archiving they wanted.”

In June this year, Paulley accused LCD of hypocrisy and misleading the public, after its chief executive, Claire Pelham, publicly backed the living wage for care staff, while continuing to pay some of her own employees just above the minimum wage.

The Heritage Lottery Fund (HLF) said it was “delighted” to support the project, “facilitating disabled people to explore their own and LCD’s heritage”.

An HLF spokesman said: “LCD worked with service-users throughout the development of the project, and a key element of the work will be disabled people collecting and curating the heritage of the organisation at six LCD sites across the south-east.

“This work will be used to create resources and interaction on the LCD website, so that people across the UK can participate in sustaining disability heritage, now and in the future.”

Picture: The Queen Mother opening the new Le Court in 1955