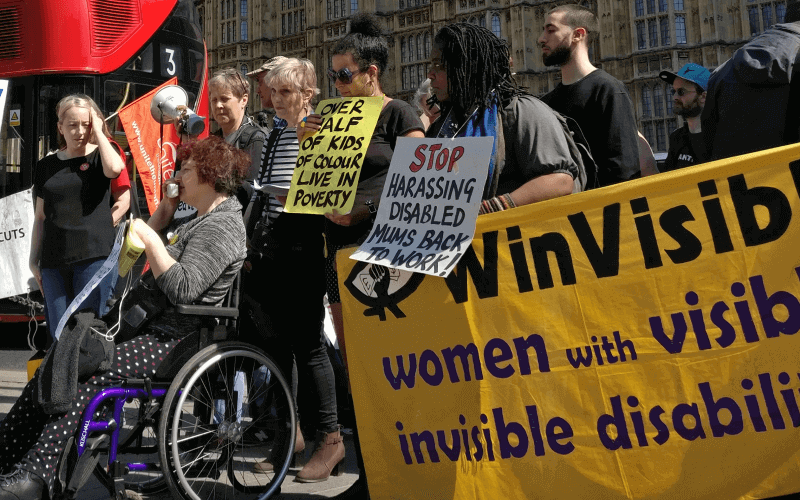 Disabled people who are waiting for an overdue review of their disability benefits can now continue to use subsidised taxis in London, thanks to a successful challenge by a disabled women’s organisation.

The Taxicard system had been telling members whose personal independence payment (PIP) awards had expired that they were no longer entitled to use the scheme.

Delays within the Department for Work and Pensions (DWP) meant that many PIP claimants have had their awards temporarily extended as DWP tries to clear backlogs by concentrating on new PIP claims.

But this was causing huge problems for disabled people who use the Taxicard scheme, who were being told they were no longer eligible if their original PIP award had expired and they could not prove eligibility.

The Taxicard scheme offers subsidised travel in licensed taxis and private hire vehicles to many Londoners with mobility and visual impairments, including those who receive at least eight points for the “moving around” activity of PIP.

WinVisible, which supports and campaigns for disabled women, had been contacted by Ms A, a disabled single mother, who had been told she was no longer eligible to use Taxicard because her PIP award had expired and she could not provide proof of her continued entitlement.

WinVisible suggested she contacted her Conservative MP, Stephen Hammond, who persuaded London Councils – which runs the Taxicard scheme – to make an exception for her.

WinVisible then asked London Councils to change its “punitive” and “discriminatory” approach and extend the exemption to all other Taxicard members facing delays with their PIP reviews.

London Councils has now agreed to offer temporary cards to everyone whose Taxicards have been withdrawn pending their PIP reviews.

Claire Glasman, founding member and co-ordinator at WinVisible, said: “Winning on this does go some way towards getting recognition about the whole benefits stress and cost-of-living situation.

“Everything is all cumulative – the DWP delays, losing your Taxicard, cost-of-living – all those pressures converge.”

She added: “It’s also led to more discussion about problems with the Taxicard scheme generally.

“Unreliability is the biggest problem and disabled women need to feel safe.

“A lot of people get stranded late at night trying to secure their return journey.”

But WinVisible has also been concerned that Ms A encountered “a hostile and unbending attitude” among Taxicard staff when she first tried to overturn their decision.

Glasman said: “Ms A was already extremely anxious about the PIP delay, and this added to her stress.

“Because her Taxicard was cancelled, she spent about £80 extra on fares in addition to her cost-of-living increases.

“She is a disabled single mother of a disabled son. The family has high disability expenses and it is very hard (for them) to economise.

“Ms A was very relieved. All her own efforts to put across her plight just hadn’t been taken seriously.”

Ms A said: “Rather than a hostile, rude, unhelpful person at the other end of the phone, we are all human and deserve to be treated with kindness and dignity – ultimately we should all have the right to access services like everybody else, even with invisible disabilities.”

She added: “I wasted time and energy trying to get my Taxicard back which impacted my health. I really want this to help others now moving forwards.”

London Councils offered to investigate Ms A’s allegations of ill treatment, but she has said she is not well enough to assist with the investigation.

WinVisible now wants to encourage London Councils to tackle concerns about Taxicard’s unreliability, with users complaining about drivers not turning up or turning up late, which has left some disabled women stranded late at night.

There have also been complaints of drivers’ hostile attitudes towards disabled passengers and a failure to record or meet passengers’ access needs.

Glasman said: “We want them to really substantially address the issues of reliability and the other things that we raised, not just by sending an email but by actually laying out what changes are they going to practically make apart from telling staff to be more considerate.”

She added: “Our main recommendation is to make the service open to other minicab and taxi companies so there’s more choice.

“Not everyone needs a wheelchair-accessible taxi anyway.”

London Councils confirmed that it will now issue a temporary card, valid for two months, “in circumstances where customers are having issues providing documentation to support eligibility to the scheme due to circumstances beyond their control… to ensure applicants can have continued use of the scheme until the documentation is supplied”.

A London Councils spokesperson said: “We are proud of the high level of customer service provided by our Taxicard staff and take great steps to ensure quality is consistent.

“All staff calls are recorded and each month calls are randomly audited with feedback provided to staff, taking into account call handling skills and customer service delivery.

“As it stands, we have not received evidence that staff are displaying a negative attitude when dealing with customers.

“However, all staff are consistently reminded of their responsibility to provide customers with a high level of customer service and treat customers with respect, fairly and with dignity.

“Customers are strongly encouraged to let the Taxicard team know if they have experienced any issues so we can take appropriate action.”

Figures provided by London Councils show that its contractor, ComCab London, repeatedly missed its contractual targets on reliability for both advance and “as soon as possible” bookings over the last seven months.

The spokesperson said: “While there is a need to improve, the current service levels do not indicate significant service failure.”

She said London Councils had recognised “service failures in specific areas of the capital and have identified seven postcodes where there are particular issues at certain times of the day”.

She said ComCab was working to bring new private hire operators into the system.

But she said there had been a “downturn in driver numbers across London with a number of drivers leaving the trade and difficulty in recruiting new drivers”, which was “putting pressure on the number of drivers available to undertake taxi work in general including Taxicard”.