You are here: Home / Benefits and Poverty / WRAG cut ‘could harm health and damage work prospects’ 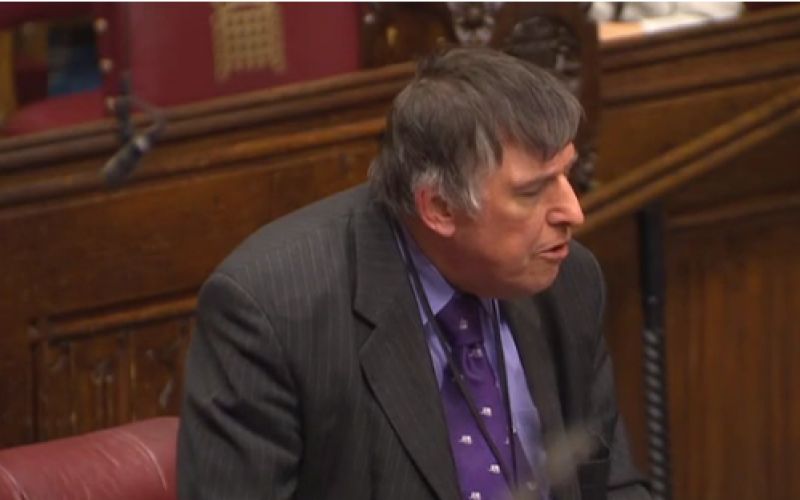 Government plans to cut support for many disabled people on out-of-work benefits could harm their mental health and make it harder for them to return to work, according to a review led by a disabled peer.

The review by the disabled peers Lord [Colin] Low and Baroness [Tanni] Grey-Thompson, and their fellow crossbencher Baroness Meacher concluded that there was “no justification” for the government’s planned cut.

The proposal will see new claimants of employment and support allowance (ESA) who have been placed in the work-related activity group (WRAG) see their weekly payments drop by nearly £30 a week from April 2017.

But the review, Halving the Gap?, said that a survey of 500 disabled people in the WRAG – those viewed as having limited capability for work, but able to carry out some work-related activity – found 57 per cent of them said they already did not have enough money to live on.

One respondent to the review said: “The impact would be massive. I would have to make the saving on food in order to still pay for gas and electricity. This means I would, in reality, have to rely on food banks sometimes.”

Another said: “I would have to cancel my phone and internet which would make it really hard to contact people in my life who support me such as my social worker, parents and doctor.”

Of 150 respondents who answered the question, just two said the government measure would make it more likely that they would look for work.

And many respondents talked about the impact the cut would have on their health.

One said: “Losing this money would make me more worried and stressed which would impact my mental health considerably, turning the whole thing into a vicious circle.”

Another told the review: “Reduced money = poorer health due to poorer diet and poorer hygiene = poorer prospects of becoming well enough to even entertain the idea of looking for work.”

The review was launched just 24 hours before peers discussed the proposed cut in the House of Lords, during the committee stage of the government’s welfare reform and work bill.

Baroness Grey-Thompson told fellow peers that many of those who provided evidence for their review said the proposed cut “would hinder their ability to undertake work-related activity, training, work placements and volunteering, as well as to get to and from work-focused interviews or indeed job interviews”.

She said: “It would contradict the government’s aim to get more disabled people into work and would hurt some of the most vulnerable in society.

“Instead, the government should focus on improving support for those who can take steps towards work.”

Lord Low (pictured, during the debate) said the review – supported by seven of the largest disability charities – found “no evidence to suggest that disabled people can be incentivised into work by cutting their benefits”.

He said: “Our review took place in the context of the government’s welcome aim to halve the disability employment gap.

“It concluded, however, that the proposed cut to ESA would hinder rather than promote this aim.”

Lord Low backed an amendment proposed by the crossbench peer Lord Patel that the cut should not come into force until the government published a report showing its impact on new WRAG claimants’ health, finances and ability to return to work.

But the disabled Tory peer, Lord Blencathra, a former home office minister (as David Maclean), said carrying out such a report would simply be asking work and pensions secretary Iain Duncan Smith for his “best guess” on what the impact would be.

He said: “I suggest that we cannot demonstrate that it will work until it is implemented in practice.

“I think we can get the incentives right. If we can achieve the end result of making employers recruit more disabled people, then this policy is worth testing in the medium term.”

He said: “There is a large body of evidence to show that work is generally good for physical and mental well-being and that, where their health condition permits, sick and disabled people should be encouraged and supported to remain in or to re-enter work as soon as possible.

“That is why an important part of this change is the extra resource that we are putting into support to help bring that about.”

He added: “We will continue to monitor the impact of this change over time through regular national statistics.”