You are here: Home / Politics / Abrahams ‘uninvites’ DPO… because it wanted to talk about independent living 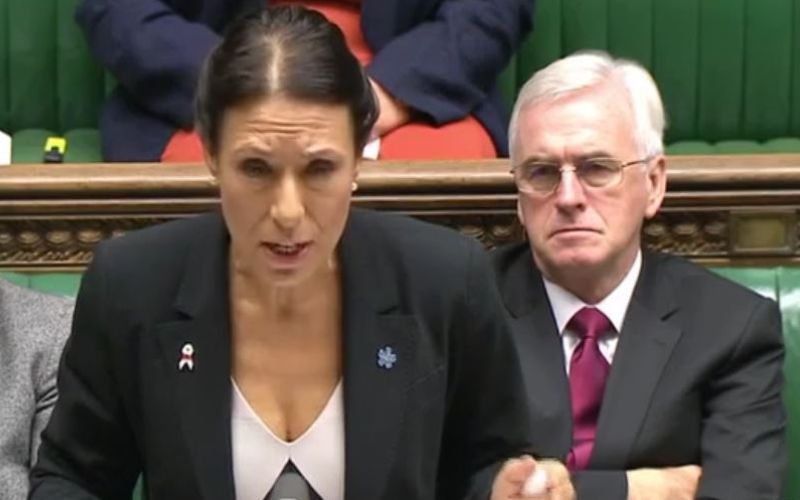 Labour’s relationship with the disability movement has suffered another blow after the party invited a disabled people’s organisation to speak at a major consultation launch, and then withdrew the invitation after discovering what it was planning to speak about.

The plan had been for Corbyn, Abrahams, and someone from the coalition to speak at the launch event in Manchester, with the party citing GMCDP’s “promotion of a rights-based approach to disability [and] extensive experience of campaigning to assert the rights of disabled people”.

But when GMCDP said it wanted to talk about the twin issues of independent living and assisted suicide, the party began to raise concerns.

The coalition was told that Labour did not have a formal policy position on the closure of the Independent Living Fund (ILF), and there were concerns that this would be a difficult issue for Corbyn and Abrahams to respond to if it was brought up at the meeting.

The coalition reassured the party that it would not “would not be looking to put anyone on the spot” or expect any policy commitments on the day, and that independent living was far wider than just the ILF.

Despite that reassurance, Abrahams’ office withdrew the invitation, and invited bedroom tax campaigner Paul Rutherford to speak instead.

Labour is already facing anger and frustration from disabled people at its continuing failure to appoint a shadow minister for disabled people, four months after Abrahams was promoted from that post to be shadow work and pensions secretary.

The coalition – which still attended the event – said it had been “immensely disappointed” at Labour’s decision, when the two subjects were “two of the most serious matters facng disabled people today”, and added: “We are astounded that the Labour party does not want to hear us.”

GMCDP is now writing to Corbyn and shadow chancellor John McDonnell, who has a long history of supporting the disabled people’s anti-cuts movement, to request a meeting to discuss the contents of the speech it was not allowed to deliver.

He said: “GMCDP have important contributions to offer the Labour party.

“We are open to meeting with Labour party politicians and officers at any time, to express the concerns of disabled people, to support the Labour party in bringing an end to the callous indifference of the current government, as they deliberately undermine the lives of many disabled people.

“The Labour party should be reaching out and actively listening to disabled people’s organisations.

“As the official opposition, the Labour party need to be listening to disabled people and supporting our work to expose the disproportionate damage being imposed on disabled people, in this Conservative construction of austerity.”

Asked for a response, Abrahams refused to apologise and appeared to question the coalition’s claims.

She said: “For the launch event, a shortlist of several speaker options was drawn up. Unfortunately, there was only one time slot for a speaker.

“I was delighted that members of Greater Manchester Coalition of Disabled People participated in the roadshow and the input from them and other attendees was incredibly valuable and much appreciated by myself, Jeremy and the whole team.”

The GMCDP speaker had been planning to thank Corbyn for standing outside the court of appeal to show support for legal actions against the ILF closure, and for speaking up about it in parliament, “unlike the majority of politicians who shrugged their shoulders and walked away”.

GMCDP had also been planning to call for a national, needs-led system of independent living support, independent of local authorities, free at the point of delivery and paid for through taxation.

It was to add: “This system should build on the learning from the Independent Living Fund and be a key strategic mechanism for ensuring disabled people’s rights under the UN Convention on the Rights of Persons with Disabilities are fully and consistently realised across the country.”

GMCDP was also planning to restate its “vehement” opposition – and the opposition of the wider disabled people’s movement in the UK – to the legalisation of assisted suicide, which would “give the state the power to end our lives through fear and coercion and then sold to us as ‘choice'”.

It would have told Corbyn and Abrahams: “Imagine the power we could harness if all those, either for or against assisted suicide, could instead turn their energies to fighting for better palliative care for all.

“Fight for a better funded NHS and a social care system that enables people to maintain their choice, control and dignity.

“Not being able to wipe your own bum, or hold a spoon or dress yourself are not reasons to kill people or lock them away in residential care or withdraw their support so they become prisoners in their own homes.”