You are here: Home / Employment / Access to Work: ‘Scheme’s future in jeopardy through cuts and incompetence’ 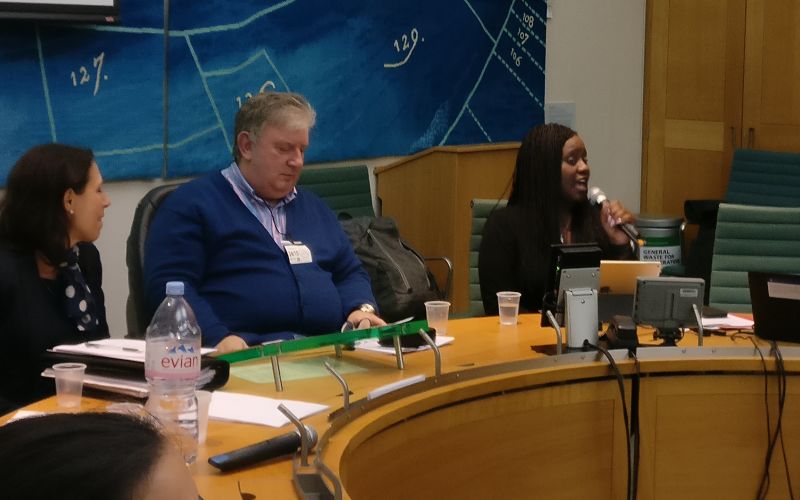 The future of the government’s Access to Work (AtW) disability employment scheme is in jeopardy because of “bureaucratic incompetence” and a cost-cutting drive to reduce people’s support packages, according to new research.

The report, commissioned by Inclusion London, found that “shocking levels of delay, error, and the de-skilling of staff” were putting Deaf and disabled people’s jobs at risk.

The Barriers to Work report, written by disabled researcher and campaigner Catherine Hale, is based on a survey of 320 AtW customers – more than half of whom were Deaf or had hearing impairments – which was carried out last year by the campaign group StopChanges2AtW*.

Hale said the AtW scheme – set up in 1994 and providing disabled people with funding to pay for some of the extra disability-related expenses they face at work – was “a cornerstone of the movement for equality and civil rights for Deaf and disabled people in the UK”.

But her report concludes that the programme has been “beset with so much bureaucratic incompetence and obstructionism in recent years that, in many respects, Access to Work is no longer fit for purpose”.

Marsha de Cordova, a disabled Labour MP and her party’s new shadow minister for disabled people, told a parliamentary event held to launch the report that “poor policy” and “severe cuts” had left the scheme “unworkable for so many of us”.

She said the reviews that led to people’s packages being cut “ultimately will result in many Deaf and disabled people being unable to stay in or retain their work”.

De Cordova (pictured, speaking at the event), who said she had benefited from AtW support through most of her career, said: “This scheme, as we all know, is a fundamental part of employing Deaf and disabled people and ensuring that we can stay in work.”

She said her own experiences ranged from the programme being “very good to being poor and incredibly frustrating”, and added: “They make it so difficult to be assessed for support.”

She said: “I intend in my role, just as an activist, because I am first and foremost a disability rights activist, to press on the government to ensure that they adequately fund this scheme, but also they have to address, they have to reverse, all of the stripping away of cuts, because without that the scheme is not going to work and we will not see more Deaf and disabled people into work.”

One of the aspects the report warns about is the imposition of a cap – currently £42,100 – on annual AtW packages, which already affects new claimants but will not affect existing customers until next April.

The cap is expected to affect 200 AtW customers, of whom about 90 per cent will be Deaf or have hearing loss.

StopChanges2AtW believes this will discourage employers from recruiting Deaf people, increase the likelihood of discrimination, and reduce equality of opportunity.

Paul Redfern, the British Deaf Association’s senior community development manager, told the launch event that a number of Deaf professionals had lost their registrations because they were not given enough interpreting support by AtW to maintain their “continuing professional development”.

He said the new cap meant that Deaf people would be forced “to leave work and be replaced by hearing people”, and he added: “Employers will become more and more reluctant to employ Deaf members of staff because they will be seen as expensive.”

Penny Parker, who uses Access to Work, and is employed by the disabled people’s organisation Equal Lives, had her account of her AtW experiences read by Mark Harrison, chief executive of Equal Lives, as she was not able to attend the launch event.

She said she couldn’t fault the scheme when she began claiming support in 2010, but since AtW began to review her package towards the end of 2015 she said her experience had been “horrendous”, and ended – after a year – with a package “that meant I go to work less and pay more”.

Parker, who is totally blind, said one adviser had “felt the need to question why I don’t drive myself to work”.

The process had affected her job, her mental health, her relationship with her support workers, the taxi company that drives her to work, and her family and private life.

She said: “I was so impressed by the scheme when I set out in 2010. Now it’s a sham and disables rather than enables disabled people to work.”

Harrison said Parker had called him while he was on the way to the event to say that the taxi company she uses had told her it would not be able to take her to work the next day because AtW had not paid its invoices since April.

He said: “AtW said, ‘We have changed the way we want our invoices formatted,’ but they had not informed either Penny or the taxi company.

“She is a prisoner in her own home, unable to do her job because of AtW.”

Deidre Brock, the SNP’s shadow spokeswoman for fair work and employment, who was also at the launch, said people were facing “nothing more nor less than discrimination”.

She said the report’s 11 recommendations for improvements to the scheme – which include commitments not to place Deaf and disabled people at financial risk, and to put the scheme at the heart of the government’s strategy to increase the number of disabled people in work – were “more than acceptable” and “actually quite modest in scope”.

Most of those surveyed by StopChanges2AtW had full-time jobs, while a third had received AtW for at least 10 years.

But only 15 per cent of those surveyed said they found it easy to apply for AtW or to use it.

Among the problems they faced were: not being told when their AtW award was ending, which left people in debt to their support workers; significant amounts of time spent disputing their needs with AtW staff; lengthy delays in assessments for support, which in some cases left people unable to take up a new job or offer of work; and lost paperwork, again leaving many people in debt.

As many as 50 respondents said that without AtW they would be unemployed and reliant on benefits.

Of the survey respondents, nearly half (46 per cent) said there had been changes to their AtW package, but only three per cent said this had led to an increase in their support.

There was substantial evidence of: “rationing” of support by AtW, with more frequent re-assessments and tighter eligibility criteria; a higher burden of proof to show need for support; increased complexity and unnecessary repetition in AtW forms; and a perception by respondents that they were “under surveillance and suspicion”.

AtW staff frequently used phrases such as “funding cuts”, “too expensive”, “need to make savings” and the “need to reduce fraud” when they told claimants that their levels of support were changing.

One of those who took part in the survey, Sayeeda, said: “The way Access to Work treated me was horrible.

“I was talked to in a way where the advisor thought that they knew better than me about the support that I need to do my job. It was always a very aggressive tone.”

Another, Angela, said it took her seven months to secure the funding she needed to pay for support workers while she was at work.

She said: “During this period, I frequently went without anything to eat and drink all day because I did not have a support worker to assist me with feeding.”

A third disabled woman, Sue, said the way she had been treated by AtW “and the amount of obstacles repeatedly put in my way, have very seriously affected both my ability to continue working, and my mental health, to the point that my GP has had to intervene”.

The report concludes: “An apparent agenda of cost cutting rather than investing to save is putting Deaf and Disabled people’s jobs and livelihoods at risk.

“If this trend continues we will see reduced diversity in the UK workforce, and an increase in the numbers of Deaf and Disabled people claiming out of work benefits.”

Asked to respond to the report, a DWP spokeswoman said: “We want more disabled people to get into employment and keep their jobs.

“The Access to Work grant can provide over £40,000 of practical support a year, which is tailored to individuals’ needs and can include travel to work, support workers and specialist equipment.

“We continuously review the scheme to make sure it’s working in the best way possible, and last year we launched a digital service to make the application process more accessible and efficient.

In the November 2015 spending review, the government pledged to increase the number of people the scheme helped by 25,000 a year by 2020, increasing spending by nearly a quarter.

But earlier this month, the government was accused of manipulating statistics in an attempt to hide the ongoing barriers, cuts and harassment experienced by AtW claimants, following the release of experimental figures which showed the number of disabled people approved every year for support from the programme had fallen by 15 per cent under seven years of Conservative rule.

Critics said the way DWP was publishing AtW statistics meant it was impossible to know how many disabled people were currently receiving support compared with previous years, or how the average level of support packages had risen or fallen.

*Its publication was delayed by the general election, the parliamentary summer recess and the party political conference season