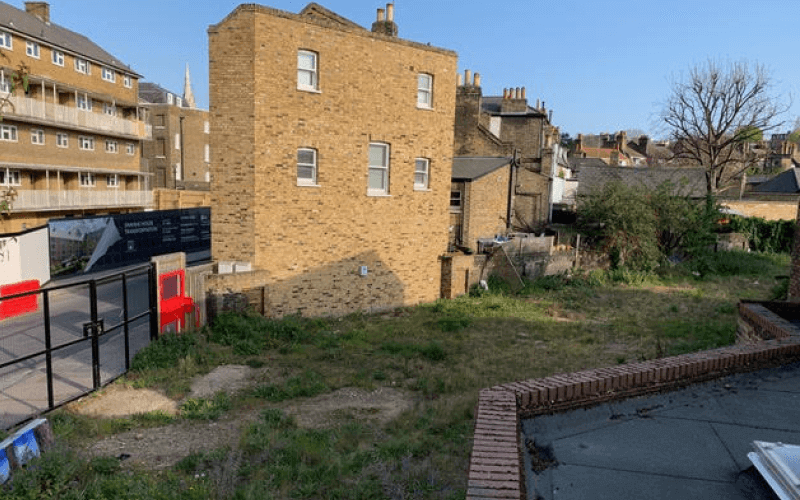 Disabled activists have raised concerns that a local authority has granted planning permission for a new supported living housing development for people with learning difficulties that will be built on a site contaminated with toxic materials.

The site, part of a six-metre-deep former railway cutting which was filled in with building rubble in about 1930, is also in an area of high risk for “unexploded ordnance”.

Previous planning applications for mainstream housing on the site in Greenwich, south-east London, were rejected, in 2014 and 2017.

But Labour-run Greenwich council, which owns the site (pictured), has granted permission for the supported living development, despite being told of the contamination in a report it commissioned itself.

The report, by consulting engineers MLM, found that the site was contaminated with potentially dangerous levels of toxic materials such as asbestos, arsenic, lead and cancer-causing PAHs (polycyclic aromatic hydrocarbons).

The report concluded that the site, on a former police car park in Royal Hill, contained toxic materials “at concentrations which could potentially significantly affect human health during the construction and/or operation of the proposed development”.

And it warned that “future site users… could come into contact with contaminated soils in gardens areas”.

The council notice which gave planning permission for the development says that measures will have to be taken to make the area safe, and to carry out further investigation to ensure there is no “unacceptable” risk to health from potential contamination.

A council spokesperson said that planning permission had been granted “subject to an acceptable and approved remediation strategy being developed and implemented”, and that this will “consider the health and safety of all surrounding residents, as well as future residents of the scheme”.

The strategy will need to be signed off by the council if it is satisfied the development will pose no harm.

But a spokesperson for Greenwich Disabled People Against Cuts said: “We are concerned by the news that the council has approved a development for people with learning difficulties, when two previous applications for housing on the same site were rejected.

“We accept that the council has promised to take the necessary measures to make the site safe for local residents and future disabled residents of the scheme, but we will be watching to ensure that they keep this promise.

“We also question why such land would even be considered as suitable to build a property for disabled people.

“When such third-rate land is considered by Greenwich council as a place to build such accommodation for us, disabled people, that gives a clear message that we are of less value than others.

“Why could not such a resource be built on land that’s not contaminated?

“Greenwich has many other property developments at this time, yet none of them are on contaminated land.

“These other properties are mostly private with a few housing association flats.

“Greenwich council needs to listen to our voices, understand the objections, and realise the long-term impact on community confidence.

“It needs to remember: ‘Nothing about us without us’, thereby preventing some of the negative impact of some of its work which denigrates us and gives the impression that we are of less value.”

The council spokesperson said: “The suggestion that the council is less concerned about the health impact on people who are disabled or who have learning difficulties is incorrect.

“Every planning application is judged individually on its own merit by the planning board.

“The reasons for refusal of both the 2013 and 2016 applications were on the grounds of over-development due to scale and massing, and failure to complement the character and appearance of the street scene, and that of the West Greenwich Conservation Area.

“The current scheme is for a smaller development of six high-quality, safe and sustainable new homes built around a shared garden space for nine residents.”

She said the council’s Learning Disability Housing Strategy had concluded that “more adapted homes needed to be built” in Greenwich.

Asked if the council had felt pressured to grant planning permission because of the shortage of such housing in the borough, she said: “Each planning application is judged on its own individual merit.”

She added: “This development will help us to provide more good quality, local housing to those people that need and will benefit from it.”

It plans to commission a specialist service-provider to manage the development on the council’s behalf.