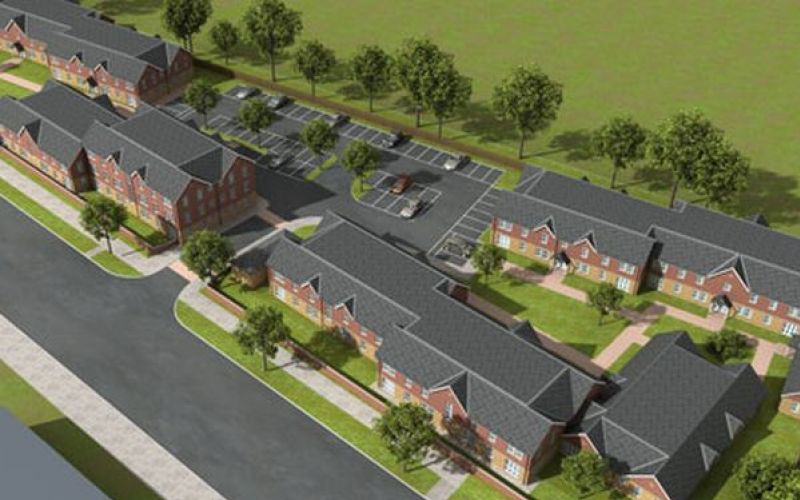 Disabled campaigners have expressed alarm after work began on a huge new “care village” for autistic adults, despite concerns raised by the local council.

The £4 million project will see a 40-unit “specialist care centre” on land in North Shields, with the first residents expected to move in early next year.

The project is headed by Lenore Specialist Care, a company that already runs a 23-bed residential home for adults with learning difficulties in nearby Whitley Bay.

The local authority, North Tyneside council, appeared to demonstrate its approval through a photograph sent out by Triodos, the “ethical” bank funding the scheme, which showed the council’s chair, Cllr Gary Bell, digging the first turf, although the council later blamed an administrative error for Bell’s decision to take part.

Such a scheme contrasts with the government’s national autism strategy, Think Autism, which says that adults with autism “should be able to benefit fully from mainstream public services to live independently and healthily, including access to appropriate housing to meet individual needs”.

The new development also contrasts sharply with the government’s response last November to its No Voice Unheard, No Right Ignored consultation, which looked at how to strengthen the rights of people with learning difficulties, autism and mental health conditions, and focused on how they can “live independently in their communities and make choices in their lives”.

Laura Murray-Walton, Lenore’s service manager, said in a press release that the company was the first in the north-east to develop such a facility providing specialist care to adults who “suffer from” autism or learning difficulties.

The project has been seen as an alarming return to institutionalisation, with the user-led campaigning group Autistic UK describing it as “dreadfully old-fashioned” and “Victorian”.

He said: “I am the father of a 25-year-old autistic man and I wouldn’t want my son in a place like that. It flies in the face of the concept of independent living.”

He also pointed out that the development was “tucked away out of sight in a quiet corner of town” and was “right next door to a traditionally rough estate”.

Andrew Lee, director of policy and campaigns at People First Self-Advocacy, said that institutions were “a thing of the past”, and were “definitely not the set-up to meet the aspirations, hopes and dreams that people with learning difficulties have as being part of an inclusive society in the 21st century”.

Lee said: “When people with learning difficulties talk of independence, choice, control, having a job, being married, having a family, all of these dreams and hopes are from being part of society, not cut off from it.

“Having neighbours that don’t have a learning difficulty, don’t have autism, aren’t a member of staff, is part of that. “

He added: “I would think if you were to ask people with learning difficulties and autism living in Tyneside and [North Shields] whether they would be happy about being cut off from mainstream society, they would have some very strong views about it.

“Not listening to disabled people has proved dangerous in the past. Please learn from the mistakes of the past and start listening to us.”

A Triodos spokesman said its “guiding principle” was that any loan “should provide clear, positive benefits to people and society”.

He said that “care-providing customers” must deliver a “high level of personalised care”, while the bank relies on the Care Quality Commission’s registration and regulatory inspections and assessments to ensure that standards are monitored.

He added: “We believe that more factors determine the quality of care than the number of accommodation spaces available on site.

“In this case, the facilities are specially designed for autism care (which include provisions such as sensory rooms), supported living accommodation has been offered, and an emphasis on personalisation has been shown through individually tailored support plans.

And he said that Tyneside “has been identified as an area which is lacking considerably in autism specialist accommodation”.

A spokeswoman for North Tyneside council said it was “aware of wider concerns” about the development but that the decision to grant the project planning permission was “in line with national government planning policy”.

She said: “As is the case when developments are proposed for any type of supported accommodation, the committee cannot refuse planning permission based on commissioning matters; their role is based on the spatial aspects of the application.

“However, the council did provide advice on numerous occasions to the applicants before they applied for planning permission, advising that the proposed development was significantly larger than our recommended approach and national guidelines.”

When asked why the council chair took part in the Triodos photo opportunity, she said: “The role of the non-political council chairman is to undertake civic and ceremonial duties – this includes supporting new businesses opening in the borough.

“It is entirely normal for the chair of the council to be asked to mark a major milestone for a business and this was no exception.”

But she added: “The council’s officer team have apologised to the chairman for failing to put the invitation into context before he accepted it.

“The chairman, Cllr Bell, is a committed, personal supporter of local organisations that work on behalf of people with a learning disability.”

The Department of Health had failed to comment by noon today (4 February).

Picture: An illustration of the development, when it was first announced in late 2012