You are here: Home / Benefits and Poverty / Anger and dismay after Labour back-tracks on pledge to scrap universal credit 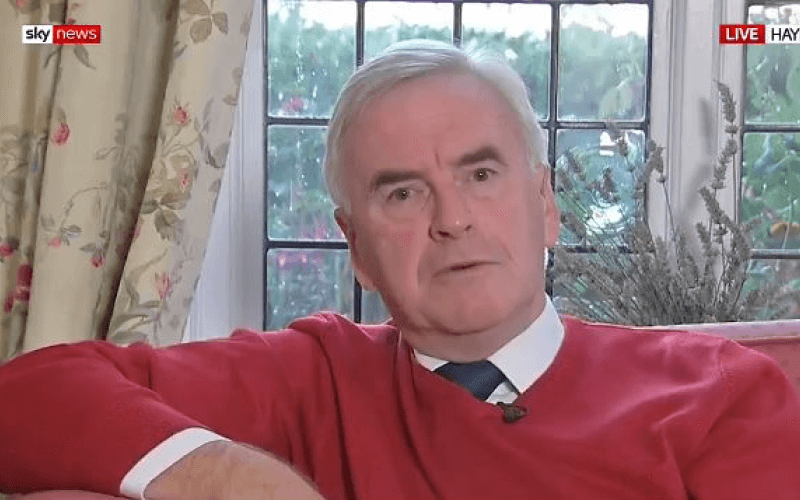 Labour has infuriated its own disabled members by backtracking on a public pledge by the shadow chancellor that the party would scrap universal credit if it won the next general election.

John McDonnell drew widespread praise when he told Sky’s Sophy Ridge on Sunday that universal credit was a “shambles” and “iniquitous” and added: “I think we are moving to a position now where it is just not sustainable. It will have to go.”

But when Disability News Service (DNS) asked Labour’s press office to confirm that the party’s policy was now to scrap universal credit, a spokeswoman said instead that the benefit system was “clearly failing in its current form”.

Instead of committing to scrapping universal credit, she said that Labour wanted “a root-and-branch review of the social security system”.

This was the much-criticised policy announced by shadow work and pensions secretary Margaret Greenwood at the party’s annual conference in Liverpool last month, when she called on the government to “stop the rollout of universal credit and fix its many flaws” rather than for it to be scrapped.

When DNS asked for further clarity and confirmation that a Labour government would scrap universal credit, the party’s press office produced another statement, which said that universal credit was “failing in its current form”.

Disability Labour, which represents disabled party members and has campaigned to persuade the party to change its position, had issued a statement earlier in the week, following McDonnell’s Sky interview, to say it was “delighted” by the party’s decision to scrap universal credit.

But after being told the party had back-tracked on McDonnell’s comments and was now saying the system would merely need to be improved, Disability Labour said it was “appalled and dismayed”.

In a statement, it said: “Despite assurances from the shadow chancellor John McDonnell MP earlier this week, Disability Labour has been informed that the party’s position remains to ‘pause and fix’ universal credit.

“Disability Labour are clear in our position – universal credit is deeply flawed, harmful to many of its claimants and cannot be fixed.

“We believe there is no option other than to stop and scrap universal credit as soon as possible.

“Disability Labour’s position as a socialist society is to always be a critical friend to the Labour party.

“We will continue to campaign for the Labour party to commit to stopping and scrapping universal credit and call on the party to adopt this policy as a matter of urgency.

“We will be seeking an urgent meeting with MPs and party officials to clarify this further.”

Disability Labour’s co-chair Wayne Blackburn had described universal credit earlier this week as “the cruellest of benefits” and said the “built-in long waits that claimants have for their money is disgraceful”.

He said: “That food bank use has increased so much in areas where UC has been introduced is a clear indicator of this government deliberately creating a hostile environment for UC claimants, many of whom are disabled people.”

Disabled People Against Cuts (DPAC), which is also campaigning for universal credit to be scrapped, has said that universal credit has “too many flaws to be simply paused and fixed” and is “rotten to the core”, with foodbank use and rates of claimants being sanctioned “soaring” in areas where it has been introduced.

Linda Burnip, DPAC’s co-founder, said the party’s back-tracking on universal credit did not surprise her because Labour’s attitude was that “we are the party of the workers and the rest are skivers and shirkers and we don’t really care about them”.

She added: “We will just have to redouble our efforts with the Labour party.”