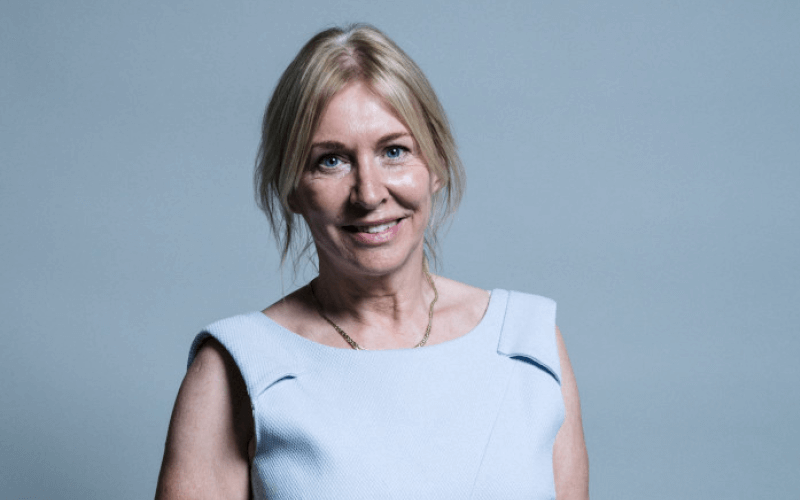 A Tory MP appointed as the new minister for mental health in Boris Johnson’s government is unfit to hold that position because of a disablist message she posted on social media less than two years ago, say disabled campaigners.

Nadine Dorries (pictured) has been appointed as a junior health minister, replacing Jackie Doyle-Price, with health and social care secretary Matt Hancock welcoming her on Twitter at the weekend as the new “mental health minister”.

But just two years ago, Dorries sent out the following tweet: “Window lickin’ Twitter trolls out in force today.”

That tweet was sent when she was a backbench MP, but her appointment this week as a minister in a disability-related post – she will also have responsibility for suicide prevention – has angered disability hate crime campaigners.

Anne Novis, chair of Inclusion London and an advisor on disability hate crime to the Metropolitan police, said the tweet made Dorries unfit to be minister for mental health.

She said: “As chair of Inclusion London, I would say that we would have great concern over someone who would use the language of hate towards disabled people.

“She should not be minister, definitely not. There would be no confidence in her because of what she has brought across through her offensive language.

She said the term “window lickers” was frequently discussed by trainers in disability equality training sessions, who explain how it originated as a term of abuse for people with Down’s syndrome or cerebral palsy because they often cannot control their tongues.

Now, she said, it tends to be used as a term to attack disabled people in general.

Novis said: “It indicates not only that Nadine Dorries would use such offensive language but also that her understanding would be very poor about issues faced by disabled people, including mental health issues.

“You wouldn’t accept it around racist, or religious or cultural difference; you just wouldn’t accept that sort of language and expect someone then to go into a post that is meant to be assisting those people.

Stephen Brookes, a former coordinator of the Disability Hate Crime Network, who himself has a mental health condition, said he was concerned about the Dorries tweet and found her appointment “very worrying”.

He also said he did not think she was a fit person to be given the post.

“I have deep concerns about whether they are going to have respect and concern and are going to be a real supporter of the community they are supposed to represent.

“If somebody tweets something [like that], in the back of their mind they actually mean it.”

He said he found it “very disturbing that some people are given posts when they have no awareness of the implications of varying and fluctuating mental health conditions.

“What we need is someone who understands that and is not just given the job because they happen to be passing Number 10 at the time.”

The Department of Health and Social Care failed to comment by noon today (Thursday), despite promising that it would produce a response to concerns about the tweet and her appointment.

Elsewhere, Justin Tomlinson, the minister for disabled people, has been reappointed to his post, as has Caroline Dinenage, the care minister.

Amber Rudd stays in her post as work and pensions secretary.

Nusrat Ghani, the minister responsible for transport accessibility, has been reappointed as maritime minister, while disabled MP Paul Maynard has returned to the Department for Transport (DfT), where he was previously rail minister and had responsibility for accessibility issues.

A DfT spokesperson said it had not yet been confirmed which minister would now be responsible for transport accessibility issues.

Picture of Nadine Dorries is licensed under an an Attribution 3.0 Unported (CC BY 3.0) licence