You are here: Home / Benefits and Poverty / Atos assessor told gay man he was ‘defective’ and needed to be cured by God 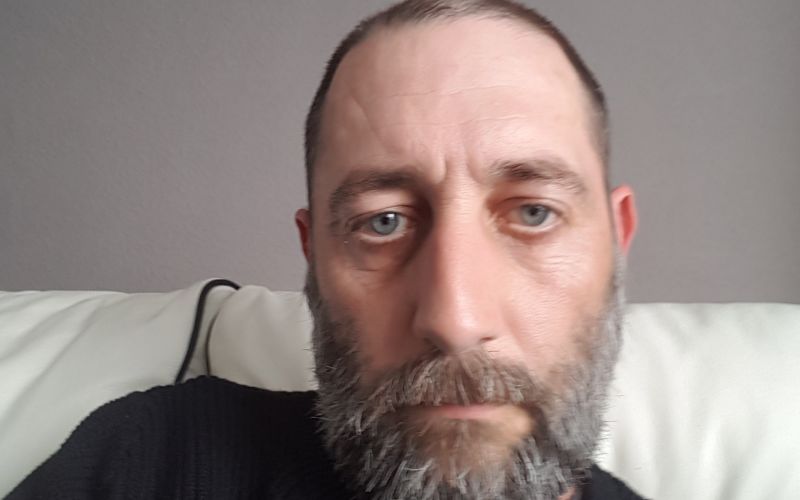 A doctor working for the government contractor Atos told a gay disabled man she was assessing for his entitlement to disability benefits that his sexuality meant he was “defective” and that God needed to fix him like a “broken” car.

Atos was forced to pay Keith Morgan compensation after he was subjected to an experience at the end of his work capability assessment (WCA) that the company later admitted was “wholly inappropriate”.

She then told him of a television programme that featured a gay man who had been “cured” in this way and now had nine children, and she gave him the man’s name and handed him the address of a Christian website that included details of his case.

Although the doctor disputed making some of the comments, she accepted she had told him about the television programme, asked Morgan (pictured) if he wanted to “change”, and suggested the best person to help with problems in her own life was God, “the one who made and understood [her]”.

She received a formal written warning from Atos, but kept her job, and also had a warning attached to her registration by the General Medical Council, which concluded that there had been “a clear and significant departure from Good Medical Practice”.

The GP no longer works for Atos.

Atos agreed an out-of-court settlement with Morgan, from Kent, in 2013, which included a confidentiality agreement, after admitting he had been discriminated against under the Equality Act.

Lisa Coleman, an Atos senior vice president, told him in a letter in September 2013: “Atos sincerely apologises for the upset and hurt that has been caused to you as a result of [the doctor’s] comments made on the 14 August 2012.

“Atos view [is] that it is wholly inappropriate for any health care professional to behave in this manner, and appropriate management action has been taken to prevent a recurrence of the behaviour.”

She said Atos had agreed to provide “further training on diversity and discrimination” to the doctors it used for the assessment process, “with a view to ensuring, as far as possible, that the Equality Act 2010 is complied with”.

Mark Hoban, at the time the Conservative employment minister, said in a letter in September 2012 that the complaint was being treated as “serious” and that an investigation would be carried out into the doctor’s “clearly unacceptable” behaviour, while the findings would be acted on by the government.

By noon today (Thursday), the Department for Work and Pensions (DWP) had not confirmed what these findings were and whether they had been acted on.

Morgan has decided that he must now speak out about the case, despite the confidentiality agreement, because of the way he has since been treated by Atos at another face-to-face assessment.

Atos lost the contract to provide WCAs three years ago but had already won contracts to provide assessments for another benefit, personal independence payment (PIP).

Morgan believes the way he has been treated by Atos – both in 2012 and this year – amounts to harassment and that the company has in effect breached its legal agreement with him.

His experience with this year’s PIP assessment is just the latest of hundreds of cases of alleged dishonesty by PIP assessors working for Atos and Capita, many of which emerged during a lengthy investigation by Disability News Service (DNS).

Morgan told DNS this week that the nurse who conducted his PIP assessment in March repeatedly downplayed the impact of his health conditions on his daily life and mobility, ignored written evidence, and kept cutting him off when he tried to explain how his impairments affected him.

She refused to let him read from his notes, told him not to to respond to her questions in too much depth because she was likely to forget what he had said, and told him she was running late and needed to “catch up”.

She also misreported the results of a physical examination and how he was dressed and behaved during the assessment, said Morgan.

A friend who accompanied him to the assessment has submitted a written statement to Atos, telling the company that the assessment was “unprofessionally handled” and that “Keith tried desperately to hand over documentation throughout the assessment but the assessor always refused to take them”.

She added: “It was obvious to me that Keith was in severe pain during the assessment regardless of whether he was standing or sitting.”

The nurse wrote in her report that Morgan “did not show any signs of pain”.

The assessor concluded that he had “no significant functional restriction”, even though he continues to receive the out-of-work disability benefit employment and support allowance (ESA), and is in the ESA support group, for those who face the most significant barriers to work.

Only 12 months previously, he had been found eligible for the standard rate of the daily living element of PIP. Since then he has been diagnosed with four more physical impairments.

He now has a string of health conditions, including anxiety, agoraphobia, OCD, diabetes, osteoarthritis, spondylitis and fibromyalgia, and experiences chronic pain.

Atos even refused to look at the papers from his 2013 court case, which he says would also have shown the level of his impairment.

As a result of his latest assessment, DWP removed his entitlement to PIP on 17 April, a decision he is now asking to be reviewed through the mandatory reconsideration process.

He has also lodged a complaint about the assessor with the Nursing and Midwifery Council.

He believes the assessment was part of the company’s “continued attempts to bully and harass” him.

In a response to his complaint to the company, an Atos client relations officer passed on a brief statement from the assessor, in which the nurse denied all his claims and said she had followed DWP guidance.

She claimed that she “took time to listen and document what Mr Morgan said” and “listened to Mr Morgan with empathy and was not rushed through the assessment”.

The Atos client relations officer said in the letter that “as we were not present at the assessment and there is no definitive evidence available to show that the actions you have outlined have taken place, we can only advise that we have been unable to reconcile the issues raised.

“I can assure you that where a definite conclusion can be drawn, actions such as the ones described are not considered to be compatible with our professional standards.”

A DWP spokeswoman said that Morgan’s experiences with Atos did not suggest that the assessment system was not fit for purpose.

She said: “We’re committed to ensuring that disabled people get the full support that they need, and under PIP 30 per cent of people are getting the highest rate of support, compared with 15 per cent under disability living allowance.

“Assessments work well for the vast majority of people, but one person’s poor experience is one too many, and we’re committed to continuously improving the process for people so that they get the support they need.”

An Atos spokesman said the company was unable to comment on the 2012 assessment because of the confidentiality agreement.

In relation to Morgan’s complaint about the PIP assessment, he said: “We are aware of a complaint and as it is currently under investigation it would be inappropriate to comment further.”

But Morgan said his latest PIP assessment was “a complete joke”.

He said: “I am so sick to death of it now. I feel that every chance they get they lie, and I don’t want to live my life like that.

“I am ill enough already, I struggle with day-to-day living and it is getting harder without the added stress.

“I want to concentrate on my health but how do they ever expect me to make progress?

“They are not trying to be fair and honest. These people are supposed to be qualified nurses.

“How do they live with themselves, knowing they are harming the very people they are supposed to care for?”

He added: “I did it all the right way last time but this time I said I wanted it all out in the public domain. I just need to get it out there.

“They are ruining what little life I have, and I am tired of dealing with it. I just don’t have the strength.”