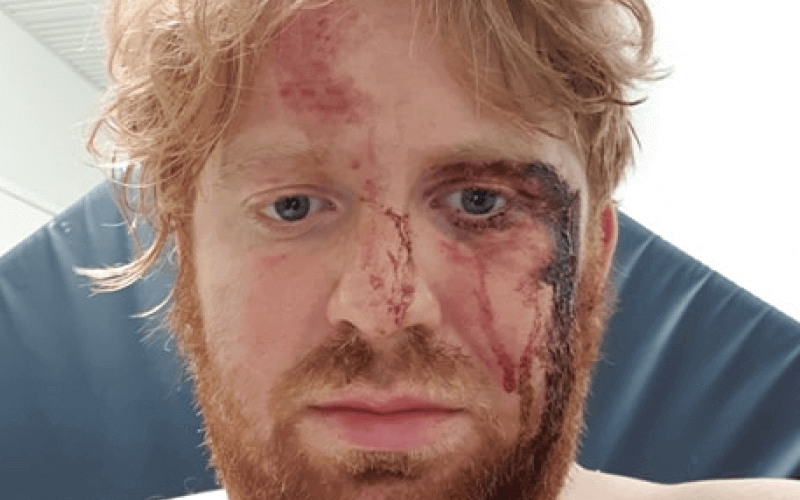 An autistic man who brought a legal case against a police force for discrimination, after it twice detained him, has had his claim settled out of court.

Daniel Smith had challenged the policies of Devon and Cornwall police because he believed the way the force was treating autistic people was unlawful.

Although the case has now been settled, he is not allowed to reveal details of the settlement, although he and his father, Owen, say they are “pleased” with the outcome.

Daniel has agreed to contribute to a police reference group and to help with police training on autism.

Daniel had previously faced what he believes was discriminatory treatment at the hands of Northamptonshire police, who held him in a cell for eight hours after he had defended himself from a disability hate crime in a local park in Northamptonshire, where his dad lives, in October 2015*.

But despite the settlement with Devon and Cornwall police, Daniel said he still feels unsafe, following another in a series of violent hate crimes he has suffered over the last few years in both his home city of Exeter and Northamptonshire.

The latest attack in Exeter was on 16 September 2019, when Daniel was attacked by two men who stopped their car while he was waiting at a bus stop, before jumping out and launching a vicious attack on him.

He was kicked, stamped on and punched, which left him bruised, bloodied and with a dislocated shoulder (pictured).

Owen said it was a clear, targeted attack because the men had followed Daniel around the estate, shouting insults at him as he walked to the bus stop to go home.

Daniel is often targeted because he gesticulates and talks to himself as a way to calm himself in public.

A few weeks after the attack, Daniel attempted to take his own life, after being left depressed and anxious about his safety on the streets of Exeter.

He now has to be accompanied by care staff when he leaves his home, for his own safety and reassurance.

Owen was furious that the force closed the investigation shortly after the attack, and made no attempt to take written statements from two members of the public who had stopped their cars to help Daniel and who saw the car and the two attackers.

A senior officer later told Owen that a police officer had spoken to the witnesses at the scene and had taken “full accounts” of their evidence, but a formal written statement “would not have added anything more to the investigation”.

The force also failed to check the many highway safety, police automatic number plate recognition (ANPR) and CCTV cameras in the area, even though they were told the make, model and colour of the car – a black Vauxhall Corsa – the two attackers had been traveling in.

Owen was told that this “would simply not be a proportionate use of police officer time”, even though they knew what time Daniel had been attacked and Daniel had worked out the route the car had taken while it followed him around the estate.

The force also failed to put out an appeal for witnesses on social media.

Owen was told that such appeals must be “judged on a case by case basis”, to avoid “a constant stream of crimes being posted which is both time consuming and also dilutes the effectiveness of using social media”.

He was told that an officer “did complete a thorough house to house enquiry, CCTV enquiry and approached all local businesses (many of which were closed)”.

Police only took a statement from Daniel six weeks after the attack, after his father had lodged a complaint with the force, wrote to the chief constable and secured support from his local MP.

Owen said it took another month for the police to reclassify the attack as a disability hate crime, after originally refusing to do so.

He is set to lodge an official complaint with Devon and Cornwall police into why certain investigatory procedures were not carried out at the crime scene.

He said these include the force’s failure to take DNA and blood samples, and damaged clothing, for use in a possible future prosecution, and the failure to check the CCTV and ANPR cameras.

“This was a terrible attack for me that the police did not investigate enough.

“It has made me feel unsafe on the streets where I live. I still feel I get let down by the police which is why I offered to help with their training.

“I am happy the legal process is over, but the problems are still bad for me.”

Owen added: “We are bewildered by how poor this criminal investigation has been.

“We cannot understand how it can be the case that it has been impossible to identify the suspects.

“Just how bad does a crime have to be, to be considered serious enough to spend time on investigating? It is as if the crime didn’t take place.”

A Devon and Cornwall police spokesperson said in a statement: “The force takes seriously our obligations under the Equality Act and we continue to work hard to combat all forms of discrimination in our society.

“The force accepts that we didn’t meet the standards expected of us in relation to the incident in February 2016 and we continue to work hard to improve our interactions with the autistic community, which is why we have invited Daniel to contribute to a group of independent advisors to Devon and Cornwall police to help influence our understanding around autism.

“In relation to an allegation of assault having taken place in September 2019, whilst we are victim-led as a force, investigations must still follow proportionate lines of enquiry and therefore each will be different depending on the gravity of the offence, the threat, risk and harm posed, and the evidence available.

“Officers and a local inspector have worked closely with Daniel and his family in relation to this incident, and have explained fully the reasoning behind officers’ decision-making processes which was fair and proportionate in this matter.”

*Daniel was left bloodied and bruised by the attack but ended up being prosecuted for assault after the police failed to investigate the hate crime and charged him instead. He spent eight hours in the cell, without medical treatment, even though he told officers he had only been defending himself against “the bullies”. He was eventually cleared of assault charges by magistrates, following a six-month court ordeal. The Independent Police Complaints Commission (now renamed the Independent Office for Police Conduct) eventually concluded that there was insufficient evidence to show misconduct by officers of Northamptonshire police who were involved in his arrest and detention.