You are here: Home / Transport / Baroness Campbell vows to fight on over access to buses 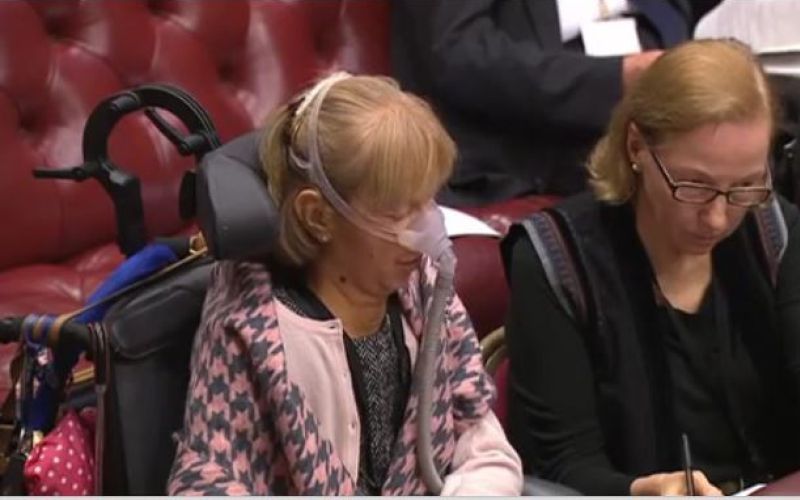 A disabled peer has vowed to fight on after the government rejected her proposal to introduce a new law that would force bus companies to protect the interests of disabled passengers.

Baroness [Jane] Campbell had suggested an amendment to the government’s bus services bill that would have forced operators to publish policies on access for disabled people and “actively help them to use bus services”.

She said government plans to just publish new guidance were not good enough and would “never deliver the result that we need – that is, full, guaranteed access for disabled people”.

Baroness Campbell – whose amendment was backed by both Labour and the Liberal Democrats– said: “Guidance without statutory backing or any enforcement behind it can be ignored with impunity – and, let us face it, we have plenty of experience of public services doing just that.

“Guidance is fine, but we know that it can be left on the shelf and ignored. People may start with good intentions but, in reality, other priorities invariably get in the way.”

But Lord Ahmad, a junior transport minister, said the government did not want to “create a disproportionate bureaucracy or imperil the sustainability of marginal bus routes”.

Instead, he said, it would rely on guidance which would state that transport authorities would be expected to publish statements describing “the policies, services and facilities that have been put in place to ensure an inclusive approach”.

They would also have to ensure disabled passengers had “the necessary information to make informed choices about their travel arrangements”, he said.

Baroness Campbell (pictured, left, speaking in the debate) welcomed Lord Ahmad’s offer to meet with her to discuss another legislative option she had suggested, instead of the amendment, which would force bus companies to comply with access requirements as a condition of their licence.

She told peers debating the report stage of the bill this week that her fight to strengthen the law “does not end here”, and that she would continue to try to persuade the minister and MPs that stronger laws were necessary.

She said: “Disabled people should have the right now to travel on public transport in exactly the same way as their able-bodied peers.”

She and other peers also welcomed confirmation of a government announcement that was issued earlier this month, which will force transport operators to provide accessible information for their bus passengers.

Campaigners had wanted the government to legislate to ensure that all new buses were fitted with audio-visual announcements.

But Lord Ahmad said instead that operators would be required to “provide accessible information, using both audible and visible media” for all local bus services in England, Scotland and Wales, although not necessarily by installing audio-visual equipment.

He said: “We intend that information identifying the route and direction, as well as upcoming stops and points at which a vehicle is diverted from its scheduled route, should be provided on all the services covered, and that traffic commissioners will be responsible for ensuring compliance.

“We believe that, by placing an information requirement on operators rather than a requirement to install specific equipment, we will ensure that the needs of passengers are met within years, not decades.”

Lord Ahmad said the government would amend the Equality Act and then develop the necessary regulations “in full consultation with both the bus industry and disabled passengers”.

He also confirmed that the government would wait to “take any action that they might deem necessary” on the issue of access to wheelchair spaces on buses, until the Supreme Court had handed down its judgment on the discrimination case brought by disabled activist Doug Paulley against transport operator First Bus.

The Liberal Democrats’ disabled president, Baroness [Sal] Brinton, had proposed an amendment to the bill which would have placed a new duty on bus drivers to ensure that a passenger freed up the wheelchair space on a bus if they were “unreasonably preventing” a wheelchair-user from occupying it.