You are here: Home / Arts, Culture and Sport / BBC board role is chance to push broadcaster on jobs, says Tanni 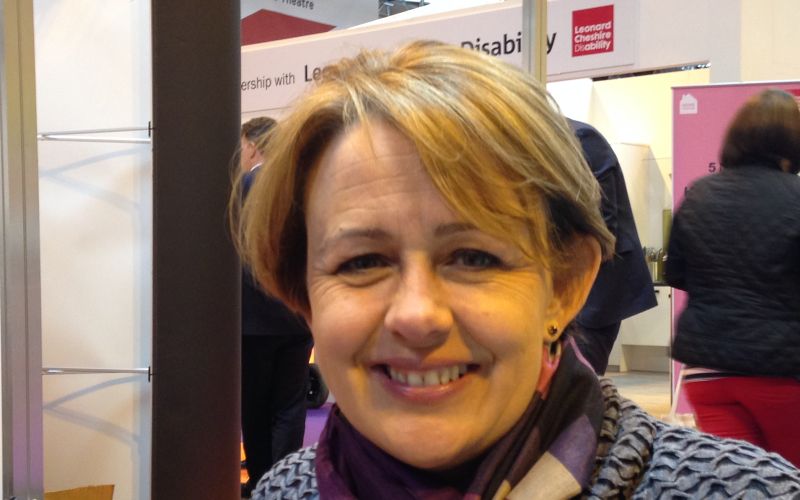 A disabled peer is hoping to use her appointment to the BBC’s new board of directors to persuade the broadcaster to employ more disabled people.

Baroness [Tanni] Grey-Thompson is one of just five non-executive directors appointed by the BBC to its new board*, and said she was both “excited” and “daunted” by the position.

The board will govern and run the BBC from 3 April – replacing the previous two-tier structure of the BBC Trust and the BBC’s executive board – while Ofcom becomes the broadcaster’s first independent, external regulator.

The board’s role, according to Sir David Clementi, its chair, will be to “push the BBC to offer the highest quality, hold its executives to account on delivery, while protecting its independence to ensure licence fee payers get the very best programmes and services”.

Baroness Grey-Thompson (pictured) told Disability News Service this week that she hoped to encourage the broadcaster to employ more disabled people and improve its representation of disabled people.

She said: “There are lots of opportunities for more disabled people to be working in the BBC.

“It just seems to make sense that this is somewhere that disabled people could work, in terms of flexible working hours and the size and scale of the BBC.

“They have done some really good stuff around Access to Work and things like that [but] it’s a big enough company that they can really be at the forefront of getting more disabled people on-screen and off-screen.

“They have made some really positive steps, but it needs to be a bit more.”

She said the BBC can also “send out a really useful message” through the way it talks about disability and in the “tone” it sets around disability and language, and as a public service broadcaster it can do things for disabled people that other channels might not be able to do.

She said she believed it had been a significant step for the BBC to appoint a disabled person to the board.

“I do think it was important,” she said. “Most organisations have targets for diversity. It sometimes helps to have a visible impairment [so] people can’t really forget the targets.

“I think I can bring something as a disabled person because I have lots of experience in how I have been treated.”

And as one of the few non-media professionals on the board, she said she hoped she would be able to ask some of the “really simple” questions that other directors with a background in the media might not ask.

Baroness Grey-Thompson said the BBC was “a big part of people’s lives, but we take it a bit for granted.

“I travel around the world so much and I see that other countries do not have the quality of what we have and the quality of some of the programming.

“Something like the World Service, in some countries I’ve been to round the world that is the kind of the thing that is the mainstay of independent news and just finding out what is going on in the world.

“So I would like to be a critical friend. I really believe in the BBC, it’s just that we need to challenge it going forward.”

Watching sport on the BBC had played a big part in her own life growing up, she said.

But she has also been a Radio Four listener since she was 16, enjoys its comedy programmes (“and I drift in and out of listening to The Archers”), and also uses iPlayer regularly because of the hours she works.

She said: “I like that you know you are going to get a level of quality of programme [on the BBC].

“I like the whole range of stuff that it does, the sport, the drama, to costume drama, to crime.

“I like the huge breadth, and again from travelling around the world and watching different channels, there is actually nothing quite like British television anywhere else.”

She finds it harder when asked what parts of the BBC she does not like, although she admits eventually that there are “potentially a few presenters where I think, ‘Why on earth are they on?'”.

She has been a crossbench peer in the House of Lords since 2010, and before her retirement as a wheelchair athlete won 16 medals across five Paralympic Games, including 11 golds.

She currently sits on the boards of Transport for London (TfL), the London Legacy Development Corporation, The Duke of Edinburgh’s Award, SportsAid and the Tennis Foundation.

But she said the new position was part of what she sees as a “rolling career”, with her eight-year stint on TfL soon coming to an end, as have some of her charity roles.

She told DNS that she did not believe the BBC appointment would impact negatively on the time she can spend on other work – such as in the House of Lords – with her BBC meetings generally on Thursday afternoons and Fridays, when the Lords is rarely sitting.

And she said that she was not concerned about whether it would affect her ability to speak out in the Lords on controversial issues around disability, such as welfare reform, although it would be important to be clear about her BBC interests when she spoke in relevant debates.

She said: “I hope I am really mindful of lines that I can and cannot cross. There is no issue with me going into a debate on welfare rights, or things like that, because that doesn’t cut across anything that I do with the BBC.”

Her reaction when she discovered her application had been successful was mixed, she said.

“I was really excited. It was also a bit daunting because it’s the BBC, it’s an institution. I’ve travelled the world and people know the BBC wherever you go.”

She said she had already been congratulated by about 20 other peers, in just four days after her appointment was announced.

Their congratulations on securing such a “big job” had brought home the importance of the role, she said.

“When you get that from people who have been involved in all sorts of things both here [in the Lords] and outside, then you think, ‘actually there will be a lot of people watching me, watching what I do,’ and certainly [you think], ‘don’t mess it up.’

She said she believed the new role would have an impact on her life “in lots of ways”, including the need to spend more time away from home.

When asked whether it would make it harder for her to continue commentating on sport for the BBC – with BBC Radio set to cover the World Para Athletics Championships in London in July – she said this was “a conversation we still have to have”.

But she said she hoped that such work would not be a problem “as long as it is absolutely transparent why I have been asked to do something.

“To be honest, the world of broadcasting is fairly harsh. If they find someone better, it’s ‘thanks very much…’.

“It’s as tough as sport when they decide they don’t want you any more.”

*The board will also include Tony Hall, the BBC’s director-general, and fellow BBC executives Anne Bulford, Ken MacQuarrie and Tim Davie, as well as new board members for England, Northern Ireland, Scotland and Wales, who will each be appointed by the government. The other BBC-appointed non-executive directors, joining Baroness Grey-Thompson, are Sir Nicholas Serota, Simon Burke, Ian Hargreaves, and Tom Ilube