You are here: Home / Activism and Campaigning / Benefit claimants take to social media to describe DWP ‘hell’ and ‘abuse’ 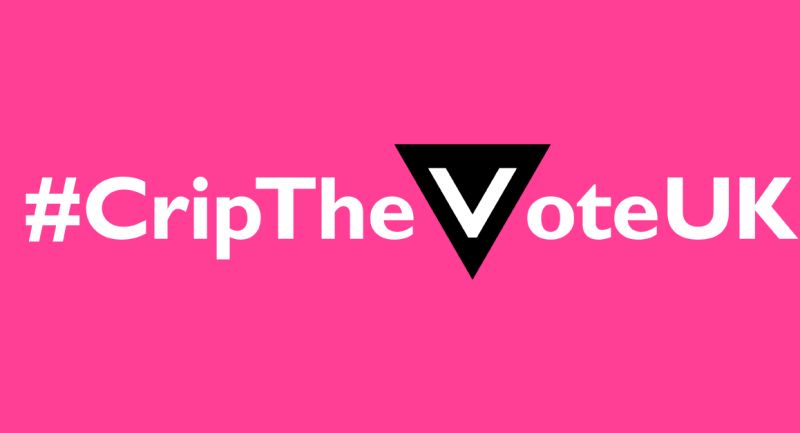 Disabled people have described how the “terrifying” and “abusive” benefit assessments delivered by the Department for Work and Pensions (DWP) have seriously damaged their health, and how its failings will affect how they vote in next month’s general election.

The discussion on the social media platform Twitter was the first major event organised by the new user-led campaign #CripTheVoteUK, which hopes to enable disabled people to become a major political force in the UK, and help decide the election.

One contributor to the discussion, Hazel Fairs (@Hazel_Fairs), said the benefits assessment process had been “hell”, and added: “It made me suicidal. It’s like having an insulting abusive controlling ex with the power to starve and evict you.”

Another, @hufflewoof, said the process of assessing sick and disabled people for their eligibility for benefits was “an abusive process, built on mistrust”.

She added: “I have several MH issues anyway but my interactions with the DWP have exacerbated them significantly. It’s been awful.”

Payton Quinn (@PaytonQuinn) said the benefits assessment process had been “difficult and exhausting”.

She tweeted: “Our PIP assessor lied on the report and they have ignored our complaints, rejected our appeal.”

“Assessor had no understanding of my illness(es), medical terminology or even, having read his report, morals.”

Juliette Gazzard (@juliettegazzard) said her dealings with DWP “drove me to a suicide attempt, panic state I have never recovered from. Live in constant fear of contact with DWP.”

One contributor to the discussion, @victoriaclutton, spoke of how dealing with DWP was “terrifying, frustrating, dehumanising and outright surreal”.

Jonathan Hume (@IamMrJ), who has previously told Disability News Service how an assessor working for government contractor Maximus asked him what was stopping him taking his own life, was another who described how his interactions with DWP had affected his mental health.

He tweeted: “I used to be confident. I didn’t used to panic at a knock on the door or unexpected post.”

Social worker Brooke Winters (@brookewinters33) said she was supporting #cripthevoteuk because she can see that austerity “isn’t working”, harms disabled people, and does not save money.

She added: “As a disabled person I don’t have the support I need or adequate health care under the current government.”

Another contributor, @zagbah, tweeted: “I have a MH issue and I want to #CripTheVoteUK because I don’t want to spend another five years having to prove I ‘deserve’ disability benefits.

“I feel really angry with the DWP. Because of them, all the progress I was making is in ruins. I have to start over, AGAIN.

“My agoraphobia is worse. I can’t take the rubbish downstairs now. I can’t even step into the communal hallway.

“Dealing with the DWP is like being forced to play a neverending, live action version of #snakesandladders.”

Journalist and presenter Mik Scarlet, tweeting at @MikScarlet, said: “I’m stunned at how scared I am every time I have a brown envelope in the post ever since my #PIP reassessment started. Nightmare.”

Activist Alice Kirby was another to discuss the impact on her mental health of continual communication with DWP, tweeting: “I hate contacting them, I hate them contacting me.

“Constantly receiving letters, sometimes every other day, feels like harassment.”

And Recovery In The Bin, the user-led mental health group, tweeted: “We in @RITB_ want to #cripthevoteUK b/c we are suffering individually and collectively by ongoing fear, harassment, sanctions, destitution.”

#CripTheVoteUK plans to share material about political parties’ disability policies through the election campaign, to “generate discussion about the issues affecting disabled people, including children”.

Although the campaign is non-partisan and does not promote any particular party, it will still be critical of policies that have harmed disabled people and those that could do so in the future.

It will also stress that the Conservative UK government has been condemned by both the UN’s committee on the rights of persons with disabilities (CRPD) and the Equality and Human Rights Commission (EHRC) for the abuse of disabled people’s rights.

Eleanor Lisney, disability activist and co-founder of #CriptheVoteUK, said: “Disabled people should make sure they tell the politicians that, for 13 million in the voting age, we make a substantial number.

“We need to vote in order to get a chance to survive the future onslaught on our human rights.”

Another #CripTheVoteUK campaigner, Dennis Queen, said: “At this point in time, disabled people are quite literally voting for our lives.

“We need all voters to know this is an emergency for thousands of disabled people and help us fight back.”

A second #CripTheVoteUK Twitter discussion, on Brexit, disability and intersectionality, will be held on Sunday (7 May), from 7-8pm, and will be hosted by Professor Anna Lawson, head of the Centre for Disability Studies and the new Disability Law Hub at the University of Leeds.