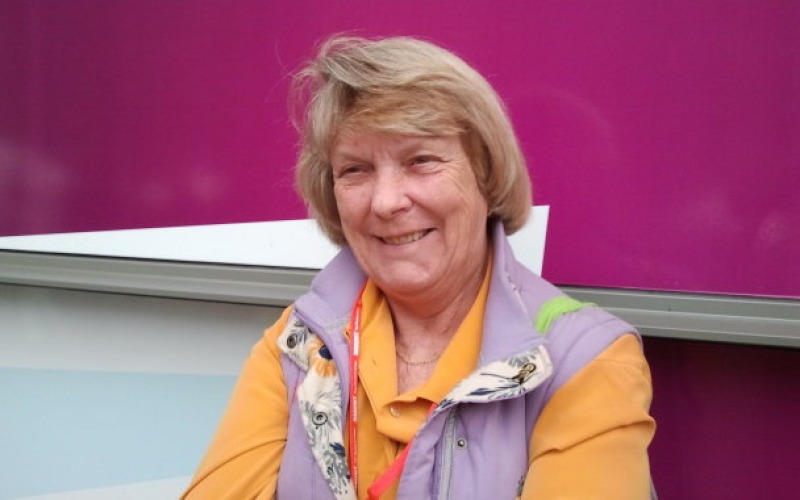 Hundreds or even thousands of disabled people are so alarmed by the idea of Britain leaving the European Union (EU) that they are considering moving to Scotland, information from disabled activists suggests.

One disabled campaigner has told Disability News Service (DNS) that she has been contacted personally by 70 disabled people who want to leave for Scotland in the wake of last week’s referendum result, in which Britain voted to leave the EU by a margin of 52 per cent to 48 per cent.

Pat Onions (pictured), co-founder of Pat’s Petition, who lives in Scotland, said disabled people had been in touch by text, phone, email and on Facebook.

She said: “Scotland wants to remain in the EU. They felt their human rights would be protected. They felt it was a safer country to live then England.

“They felt Tories would remain in power after Brexit even with a general election in the autumn [and that] no-one in England cares about people with disabilities anymore.”

She added: “Feelings amongst disabled people are running high. They are scared – more than before with such uncertainty. Scotland seems like a safe place to be.”

Two other disabled campaigners have separately told DNS that they want to move north of the border, in the hope that Scotland will vote for independence and join the EU as an independent nation.

Doug Paulley has played a leading role in using the legal system to fight disability discrimination in England, and is currently awaiting a Supreme Court ruling on whether disabled people should have priority in using the wheelchair space on buses.

He is so concerned at the loss of safeguards that are currently provided by EU legislation that he is considering a move north of the Scottish border.

Paulley, who lives in Wetherby, Yorkshire, said: “I’m not sure I want to be part of a country that has lost all its safeguards for disabled people’s rights and is already victimising disabled people.”

He said the government was already “fairly openly hostile to disabled people” and was “making them pay for austerity”, and that an EU exit would mean a “significant loss of protection” on independent living and equality.

He said: “We don’t know how much worse it’s going to be. Being in Europe could have been protecting us from things being even worse than they already are.”

Paulley said he saw Scotland as a “safe environment”, and even if there was a delay in it joining the EU, he said he would “rather be in a country that is wanting to be in the EU than one that is isolationist”.

He insists he is serious about the idea, although he accepts the difficulty of transferring his care package from one part of the UK to another.

Martin Kelly, founder and chief executive of the Disability Experts consultancy, said he too was considering a move to Scotland.

He said: “My wife is Scottish and is keen to return following the result and I’m not against the idea either.

“We said we would look into moving to Scotland if the vote was to leave. This is because we want to be member of the EU, we feel we have the protection of EU laws as people with disabilities.

“I was devastated by the result because I don’t feel as protected as I used to.

John McArdle, co-founder of the user-led grassroots network Black Triangle, which is based in Scotland, said: “I have had a lot of people express that opinion.

“I don’t know whether it means they will just pack up and move north.”

But he said the referendum had “hardened people’s fears and sense of insecurity”.

He said: “The feeling is that people are terrified that there has been such a right-wing shift in British politics because of Brexit.”

He said this had led to a rise in hate crime, which had affected disabled people who were being blamed for claiming benefits and causing the country’s financial problems.

McArdle said: “People look north to us and see a lack of any of that and all this hatred and division and see broadly speaking [in Scotland] social solidarity.

“That’s what is making people feel they would prefer to live in a country like Scotland rather than England, with the way things are going.”

He said he believed that some disabled people would move north, but for a combination of reasons and not just the Brexit vote.

He said: “This may just be a tipping point.”

McArdle said one reason could be the Scottish government’s move to set up its own Independent Living Fund, following the closure of the fund in England last year, and new wide-ranging powers for the Scottish government to control benefits such as disability living allowance and personal independence payment, as a result of the Scotland Act.

Scotland’s first minister, Nicola Sturgeon, pledged in her party’s manifesto for this year’s Scottish parliament elections that an SNP government would “protect disability benefits” and “reform assessment procedures to ensure they work for service users, and stop the revolving door of assessments and related stress and anxiety for those with long-term illnesses, disabilities or conditions”.