You are here: Home / Politics / Brexit ‘would have dire consequences for disabled people’ 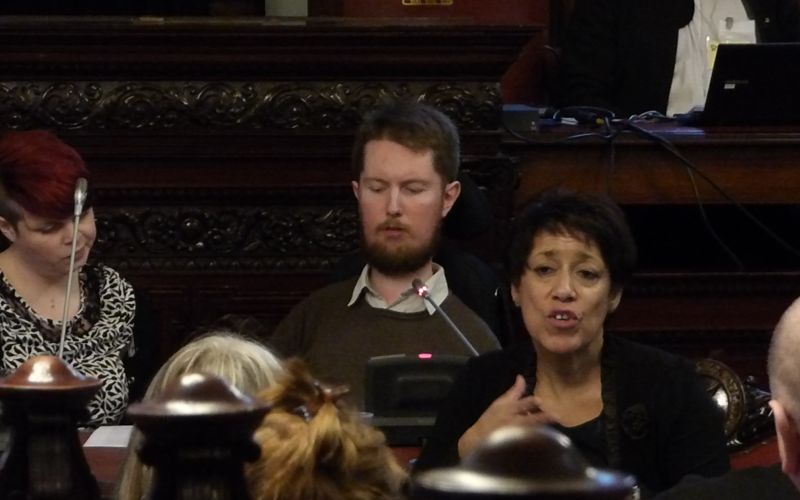 Leaving the European Union (EU) would have “harmful” and “dire” consequences for disabled people, according to two of the first leading disabled figures to speak out on June’s referendum.

The UK will decide whether to leave the EU in a referendum on 23 June, but almost nothing has been said publicly about the potential impact of this vote on disabled people.

A search using the terms “Brexit” (a UK exit from the EU) and “disabled” on two of the most popular internet search engines, Bing and Google, failed to bring up a single reference to how leaving the EU would affect disabled people.

Deborah King, co-founder of Disability Politics UK, criticised the campaigns to leave and remain in the EU for failing to spell out “what the impact of Brexit would be on disabled people”.

She said: “We need to know the effects on our income – for example, if the economy took a nosedive, would we be facing yet more cuts?

“Would there be a rush to also withdraw from the European Convention [on Human Rights] as well? This has underpinned our rights in the bedroom tax cases.

“There are many unanswered questions.”

One disabled campaigner who has spoken out this week is Miro Griffiths (pictured), a former government adviser and project officer for the European Network on Independent Living, and now a lecturer, researcher and teacher.

He said he believed that Britain’s exit from the EU “would have dire consequences for disabled people”.

Griffiths said the EU could be criticised on many issues, such as its failure to implement strategies to protect refugees who enter Europe, but “disabled people’s life chances would certainly not improve if we were to leave”.

By remaining, he said, disabled people can continue to use existing EU frameworks and directives to “continually challenge our state and the power it exerts”.

He suggested that “sustained grassroots pressure” and “diplomatic dialogue” could lead to the EU challenging the damage caused by the UK government’s cuts to disabled people’s support.

Griffiths also said he feared that the “fetishism” of some Brexit supporters on the issue of UK “sovereignty” would lead to a post-Brexit UK government “imposing a concept of justice that reinforces and validates their actions, which will continue to oppress many groups”.

This could lead, he said, to disabled people becoming “voiceless – with reduced support from our European neighbours”.

Griffiths, a member of the British Council’s advisory panel for disability issues, said: “Many will argue that the EU is complacent in tackling the social injustice within many member states and I would agree with their analysis.”

But he added: “If we are isolated from our supporters in Europe then our resistance towards the state is merely interpreted as disobedience.”

Another prominent disabled figure who has spoken out this week in favour of staying in the EU is the crossbench peer Lord [Colin] Low, who said: “I have no doubt that leaving the EU would be harmful to disabled people’s interests.

“There have been many occasions when European legislation has been ahead of the UK’s or what the UK was prepared to deliver.”

Many disabled people’s organisations have not had the time or resources to prepare a position on Brexit, although Disability Rights UK has promised to release a statement before June’s referendum.

Disability News Service has not yet found a disabled campaigner or user-led organisation in favour of Brexit, but two of the mainstream organisations campaigning to leave the EU commented briefly this week, although neither argued that there were benefits of Brexit that would solely apply to disabled people.

Jack Montgomery, a spokesman for Leave.EU, said: “We think that Brexit will be good for everyone in the UK.

“It will empower people to hold lawmakers directly to account by restoring the full range of decision-making powers to our elected representatives in parliament, and it will liberate funds currently spent on immoral EU programmes like the Common Agricultural Policy which can be better spent on things like inclusion schemes, research and public services.”

Edward Spalton, president of the Campaign for an Independent Britain, said: “Our view is that the UK’s own position on disability rights and practical support for disabled people is ahead of many EU countries. Of course, more can and will be done.

“The EU has a policy with similar aims to that of the UK legislation but in many countries its implementation [is] less advanced in practice than in the UK.

“So the position for people with disabilities with regard to EU membership is broadly the same as for the whole population.

“It is, of course, far easier to obtain improvements from our own parliamentary representatives, whom we elect and can dismiss, than from the remote and unsackable EU Commission. Again, this is true for the whole population, not just for those with disabilities.”