You are here: Home / Activism and Campaigning / Campaigner’s MBE will not stop pursuit of justice for thalidomide survivors 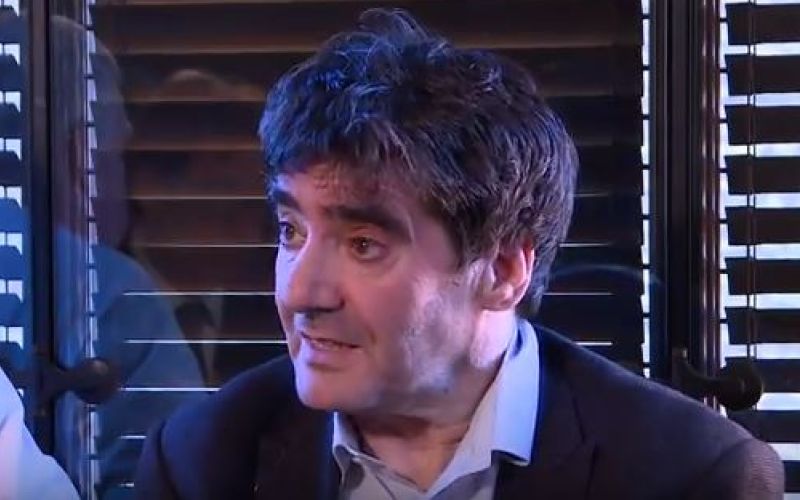 A disabled campaigner who has spent 14 years fighting for justice for survivors of the thalidomide scandal has vowed to continue the battle, after he was recognised with an MBE in the new year’s honours.

Nick Dobrik’s years of experience on the thalidomide campaign led to him volunteering to help campaigners seeking justice for survivors of other treatment scandals, including those affected by the pregnancy drug Primodos, the epilepsy drug Epilim and NHS contaminated blood.

Dobrik (pictured), a long-standing member of the Thalidomide Trust’s user-led National Advisory Council (NAC), said he was accepting the MBE on behalf of all of those involved in the thalidomide campaign – led by the NAC – and “all the thalidomide community”.

He said: “It was a privilege to receive it. It’s very nice to get recognised.”

But he said it was “a team effort”.

He added: “I could never have done this on my own. If we were not a team, we would not have achieved as much as we did.”

Dobrik, who works as a commodity broker, said the thalidomide campaign was not yet over.

In the last four years, he has visited the European parliament 80 or 90 times to fight for compensation for thalidomide survivors in the UK, as well as those in Sweden, Italy and Spain.

Four years ago, he and other campaigners secured evidence that showed the German government deliberately sabotaged efforts to secure justice for thalidomide survivors in the late 1960s and early 1970s, and that it knew the drug was associated with birth defects at least 10 days before it was withdrawn from sale in 1961, and almost certainly much earlier.

Dobrik said the campaign was “very close” to reaching an agreement with the German government on compensation.

But he said the “group that was most guilty” was Grunenthal, which had “contributed nothing” to support thalidomide survivors.

He said: “They are a nasty bunch. We will hold them to account. They can bury their heads in the sand, they can run as fast as possible, but they are never going to escape us.”

Dobrik said it was time that all the historic treatment scandals were resolved, as many of them go back nearly 50 years.

He said: “It is time that those issues are resolved. You cannot expect people to wait a whole lifetime before their needs are met.

“It is time for the government to act generously towards these groups and accept responsibility.

“These legacy issues need to be resolved. People have waited three-quarters of a lifetime for justice.”

Dobrik was an expert adviser to a working group that examined the use of Primodos and other hormone pregnancy tests, which reported in October.

But he has rejected its conclusion that there was no “causal relation” between the use of Primodos and impairments in babies born in the 1960s and 1970s.

Health minister Steve Brine was forced to apologise to Dobrik last month in the House of Commons after both he and the prime minister, Theresa May, attempted to use his presence as an expert advisor to the working group to defend that conclusion, which was attacked by critics as “a whitewash”.

Dobrik said: “I was very angry about that because I disagreed with the conclusion. They used my name to whitewash the report.”

But the working group also came up with recommendations to tighten regulations “to make sure things like this don’t happen again”, something he has campaigned for himself, particularly on the safety of medicines taken by women during pregnancy.

He said: “The inquiry came up with a whole series of recommendations and I will hold the government’s feet to the fire to make sure they are enacted.

“I’m happy that I’ve been involved in that inquiry for the last three years, because it gave the opportunity to look at these regulations and make recommendations to decrease the likelihood that another tragedy will happen again.”

Picture: Nick Dobrik being interviewed by Sky News about the government’s Primodos comments