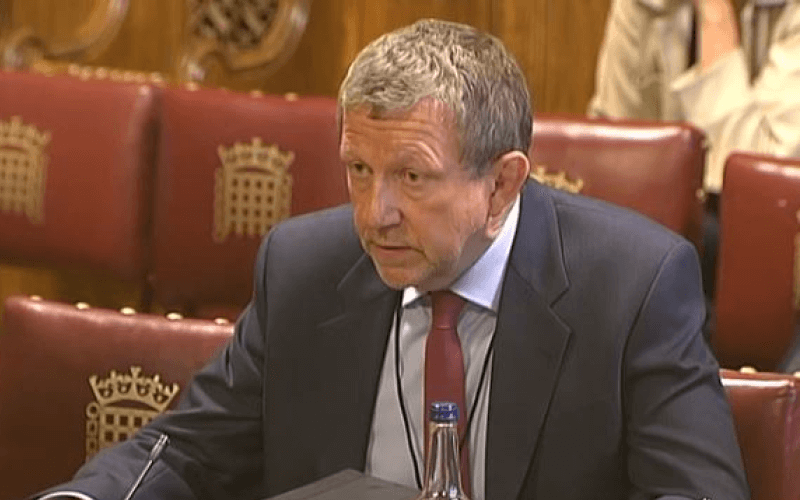 The care regulator has faced accusations from a committee of MPs and peers that it ordered a “whitewash” of abuse allegations at a private hospital for disabled people that was later exposed by a BBC documentary.

Two senior figures in the Care Quality Commission (CQC) were asked yesterday (Wednesday) to explain why their organisation failed to act over abuse at Whorlton Hall in County Durham four years before an abusive regime was exposed by an undercover BBC reporter.

Harriet Harman, the Labour chair of the joint committee on human rights, asked Dr Paul Lelliott, CQC’s deputy chief inspector of hospitals and its mental health lead, and Ian Trenholm, its chief executive, why their organisation had “suppressed” a critical inspection report about Whorlton Hall, written in 2015, which was never published.

Harman said she did not understand why Lelliott (pictured) had appeared so surprised at allegations passed to him in the Panorama documentary when a draft report written by CQC’s own inspectors in 2015 had included allegations of bullying and “inappropriate behaviour” by staff at Whorlton Hall.

The 2015 report said patients in the hospital “did not know how they could protect themselves from abuse”.

The evidence session was part of the committee’s inquiry into the detention and inhuman and degrading treatment experienced by young autistic people and people with learning difficulties in assessment and treatment units and other institutions.

The committee heard that the CQC team sent to inspect Whorlton Hall in 2015 included a person with learning difficulties, as part of the regulator’s experts by experience programme, which sends service-users to assist on inspections of care homes, hospitals and care agencies across England.

But the 2015 report was never published, which led its lead inspector, Stanley Wilkinson, to lodge a complaint with his CQC superiors.

The CQC executive who considered his complaint said it should be published, and Lelliott said it would be, Harman revealed.

But instead of publishing it, CQC sent a smaller, less experienced team of just three members to carry out a second inspection, which failed to mention any allegations of bullying or abuse in its report, concluding instead that standards at Whorlton Hall were “good”.

This second team did not include an expert by experience.

“There was a row about it, and a strong complaint from the lead inspector, and then the report was supressed despite a commitment to publish it and then a new team was sent in and they produced a report which was a whitewash and said Whorlton Hall was good.”

After Lelliott claimed that the “key findings” of the first report were included in the second report, Harman said: “They were not, because the abuse and bullying had vanished.”

She said Wilkinson had told CQC that this refusal to publish his report “fails in our duty to protect people” and “compromised the safety, care and welfare of patients”, and that the culture within CQC was “toxic”.

Wilkinson had added: “I am raising these issues because I believe something serious could happen which could put CQC under the spotlight.”

Harman told Trenholm and Lelliott: “He was right, wasn’t he?”

Trenholm said he and his colleagues had still not got “to the bottom of what happened during that period” and so had launched an independent review.

And he said that if Wilkinson had thought there was any significant abuse at Whorlton Hall, he would have recommended an “inadequate” rating – instead of “requires improvement” – and CQC would have acted immediately and called police, which would have led to the hospital being forced to close.

Lelliott said that what he saw in the Panorama programme had been “horrifying and sickening”.

But he said the 2015 report had not concluded that abuse was taking place at Whorlton Hall, and he added: “I had no idea that abuse of that type was happening.”

And he insisted that CQC had “a track record of taking decisive action when we have evidence of abuse or malpractice or poor care”, although Whorlton Hall was “a wake-up call for us and for the whole system”.