You are here: Home / Activism and Campaigning / Charity lobby ban ‘shows government is trying to muzzle its critics’ 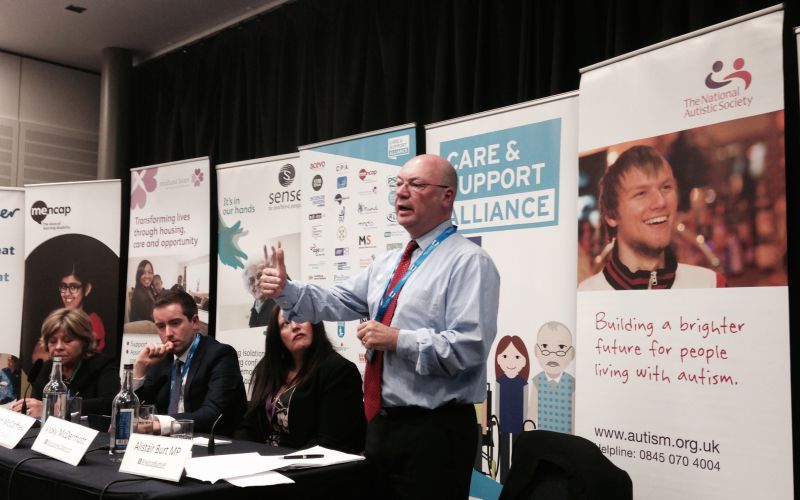 Disabled people’s organisations (DPOs) have accused ministers of attacking freedom of expression and trying to muzzle their critics, after announcing new rules that will ban charities from using government grants to lobby politicians and civil servants.

DPOs say that the new rules, announced by the Cabinet Office, will make it even harder to campaign to promote the rights of disabled people.

The new rules say that all government grant agreements from 1 May will forbid charities from spending money on work that is intended to influence “parliament, government or political parties”, or “legislative or regulatory action”.

But there has been Cabinet Office confusion over whether the new rules would apply to charities responding to government consultations, or trying to improve proposed legislation as it passes through parliament.

And the Cabinet Office risked ridicule after it told Disability News Service that government departments would be holding their own consultations on the new rules in the lead-up to their introduction on 1 May.

This holds out the prospect of charities being asked to comment on a policy that could prevent them taking part in such consultations in the future.

Asked whether this suggested “double standards”, a Cabinet Office spokeswoman said: “I don’t really see a problem at all.”

Henrietta Doyle, policy office for Inclusion London, said the new rules showed that the government “dislikes criticism” and was “trying to clamp down on the voluntary sector highlighting the damage their policies are causing”.

She said: “For [Cabinet Office minister] Matthew Hancock to call it ‘the farce of government lobbying government’ shows little understanding that charities provide government with an independent opinion about the impact of their policies on the population.

“The proposal inhibits the democratic process. Government policy should be examined by the third sector, which includes disabled people and their organisations.

“If a policy is damaging disabled people’s lives then government should be informed of this and voluntary organisations play a vital role in providing this feedback to government and it should not be inhibited in any way, regardless of where the funding comes from.”

Tara Flood, director of The Alliance for Inclusive Education (ALLFIE), said the new clause was “appalling”.

She said it was already becoming more difficult for campaigning organisations like ALLFIE to secure meetings with government decision-makers, and to find the time and resources to respond to the frequent consultations sent out by government departments, such as the Department for Education.

She said: “There is a real resistance, particularly among politicians, to meet with those of us who are going to challenge what politicians say.”

Flood said the new clause would also intensify the competition for grants from the few organisations that still fund campaign work, while some charities may just decide to stop campaigning completely.

Disability Rights UK said the new clause “fundamentally undermines the value of the third sector in bringing insight and feedback from the people we represent”.

Sue Bott, deputy chief executive of Disability Rights UK, said: “It goes against open policy-making and is counter to the ideas of co-production where those affected by a policy have the opportunity to help shape it.

“We think this attack on the freedom of expression undermines good policy-making and in the end, far from being good for taxpayers as it is claimed, will do the exact opposite, as poor policy will result.”

She said the new clause also contradicts the Compact, the agreement between the government and voluntary organisations across England to ensure that they “work effectively in partnership”.

Clause 1.1 of the Compact states that the government will “respect and uphold the independence of civil society organisations to deliver their mission, including their right to campaign, regardless of any relationship, financial or otherwise, which may exist”.

Picture: Social care minister Alistair Burt speaking at a meeting organised by the charity-funded Care and Support Alliance at the 2015 Tory party conference