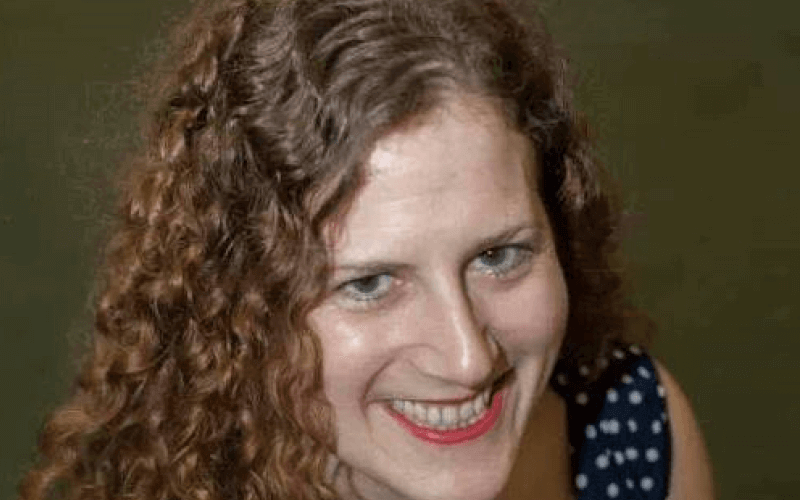 A disability charity that supports people with learning difficulties has paid thousands of pounds to settle an employment discrimination case taken by a leading disabled campaigner.

The settlement by Learning Disability England (LDE) comes just months after one of its founding member charities, which also works with people with learning difficulties, was found to have unfairly dismissed an autistic member of staff.

LDE has agreed to pay Kaliya Franklin £12,500 to settle her claim for unfair dismissal, a refusal to provide reasonable adjustments, and discrimination arising from disability, after she was made redundant last year.

LDE has refused to apologise for the way it treated her, or to accept that it behaved unlawfully in any way.

But Franklin (pictured) says the settlement demonstrates how non-user-led charities – particularly those that claim to campaign on behalf of people with learning difficulties – fail to practice what they preach on rights and empowerment.

She said: “The entire learning disability sector is based on a false premise.

“Everybody across the sector understands the buzzwords about empowerment and leadership but they don’t practice them.

“This sector makes its living by having power and control over people with learning difficulties.

“It’s an industry and it serves and feeds itself. It is an abuse of power.”

Franklin’s victory comes only a few months after United Response, another disability charity that works with people with learning difficulties and campaigns to end discrimination in the workplace, was found by an employment tribunal to have unfairly dismissed an autistic member of its staff.

United Response, which was one of LDE’s 31 founding members, had concluded that the adjustments that would be needed to allow its disabled staff member to continue working would be too expensive.

In her claim, which was settled through judicial mediation before it could reach a full employment tribunal, Franklin argued that she had only been made redundant because LDE refused to provide the adjustments she needed to continue working at the charity she had helped set up just three years earlier.

Just as with United Response, LDE claimed it could not afford to make those adjustments.

Franklin’s dismissal last year came after LDE had engaged on a restructuring exercise.

Her role was made redundant and she was asked to apply for one of two new 19-hours-a-week job-share roles as a membership and engagement co-lead.

But LDE refused her request for a role that would allow her to work eight hours a week, and to work only from home, both for impairment-related reasons.

LDE turned down her request even though it had told her that she had had “considerable impact working remotely” in other roles.

In its response to her tribunal claim, LDE denied that Franklin was unfairly dismissed, that it had failed to provide a reasonable adjustment, and that it had discriminated against her, arguing instead that the role could not “logistically be undertaken” as an eight-hour job share and that travel would be “an essential aspect of the role”.

A spokesperson for LDE said it was “sad and sorry that it found it necessary to make Kaliya redundant and we have apologised to her for that from the outset”.

She said: “Two years ago, LDE’s staffing structure was not fit for purpose and a staffing review was undertaken to ensure that our limited income was being used to fund the staff posts that were needed.

“This sadly involved the removal of the role that Kaliya was originally employed in as that activity was not a priority for the very limited funds LDE has.

“These priorities are decided by our representative body (made up of self advocates, families, and organisational representatives) as well as the trustees.

“LDE did not discriminate against or act unlawfully towards Kaliya and it is wrong to imply there has been any such finding.

“The settlement was reached with Kaliya because of a desire from LDE to bring this difficult employment process to a close and to enable all parties to move on from what was distressing on all sides.”

She added: “We were personally extremely disheartened to have to see Kaliya leave our team but we also needed to act in the best interests of the organisation and make best use of the resources available.

“There is no doubt that we are sorry that this had to happen and sorry for all the distress caused, but we still believe it was the right thing to do for the future of LDE, what we stand for and for who we are here to serve.

“LDE could not accommodate the role Kaliya requested. We seriously considered it on a number of occasions alongside other options.

“She proposed a job doing work that did not meet the organisation’s goals and this was the only reason her proposal was not accepted.”

Franklin told Disability News Service that she had realised last year that she could not continue to campaign for disability rights if she did not stand up to the discrimination she experienced at LDE, which claimed that it was a rights-based organisation.

Franklin, who has a young son, said she had managed successfully for years to have a significant impact as a campaigner while working from home.

She has previously played a significant and high-profile role in campaigning against the coalition’s welfare reforms and cuts to disability benefits, both through her own research, blogs and lobbying, and as a key member of the Spartacus online network of disabled activists.

LDE’s refusal to provide her with the adjustments she had requested, and the way she was treated, caused her significant mental distress that led to a “complete breakdown”, she said.

She added: “The settlement doesn’t take account of the emotional damage, and that damage was intensified because of the kind of organisation they were, because they were set up to fight discrimination.

“There were no excuses about not understanding the law or not knowing what their duties were.

“I’m not going to be the same again. It has changed me for good.”

LDE was formed in 2016 through a merger between People First England (PFE) and the Housing and Support Alliance, and is funded by organisations including service-providers United Response, Dimensions and MacIntyre, local authorities and housing and disability organisations.

It faced criticism in 2016 because PFE had been set up by Franklin and fellow disabled activist Gary Bourlet as a national user-led organisation, but the merger of PFE and the Housing and Support Alliance meant that people with learning difficulties were in the minority on its new representative body and its board of trustees.