You are here: Home / Benefits and Poverty / Cockroft’s fear of PIP reassessment and losing independence as she heads for Rio 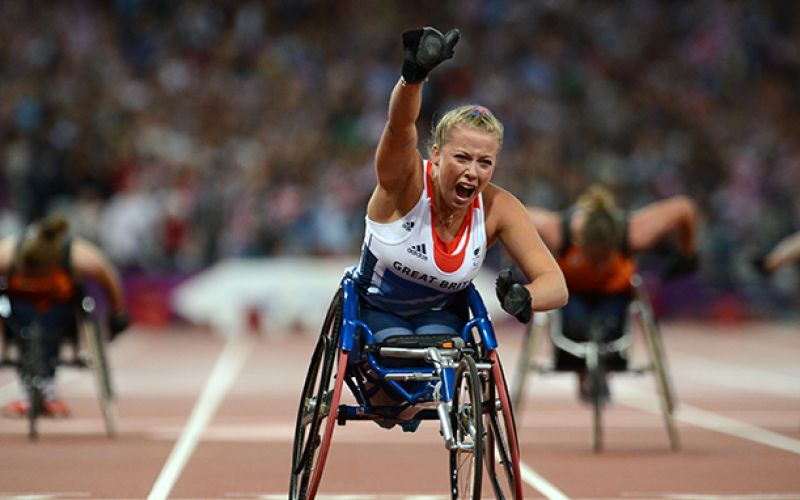 One of Britain’s biggest stars from the London 2012 Paralympics has said she is “scared” that she will lose her independence when she is reassessed for the government’s new disability benefit.

Wheelchair racer Hannah Cockroft has yet to be assessed for personal independence payment (PIP), which was launched by the government the year after London 2012 with the aim of cutting spending on working-age disability living allowance (DLA) by 20 per cent.

Cockroft (pictured), who won two track gold medals at London 2012 and is going for three in Rio, told Disability News Service (DNS) that she dreads the reassessment, the possibility of having her support cut, and potentially losing the car she leases through the Motability scheme as a claimant of the higher rate mobility component of DLA.

She said: “I haven’t yet been hit by PIP, I haven’t been called up for my assessment, but honestly, it scares me.

Speaking on Saturday (16 July), as she and many of the rest of the ParalympicsGB team took part in media interviews, and prepared to enjoy a celebratory team dinner in London before the final countdown to the Rio games, which begin on 7 September, Cockroft said: “Honestly, it scares me.

“The fact that I am a Paralympian makes it worse because you are selling yourself on things you can do.

“They know what you can do, they see it on telly, they see it every day, they think that you’re maybe more able than you are.”

Like many tens of thousands of other disabled people with physical impairments, she fears the tighter eligibility criteria under PIP which mean that claimants only qualify for the enhanced mobility rate – and therefore entitlement to lease a Motability car – if they are unable to walk more than 20 metres, rather than 50 metres under DLA.

She said: “I am strong pushing a wheelchair, but ask me to walk down the street and I’m probably going to land on my face in about two minutes, but not in 30 metres, depending on where we are.”

When told by DNS of last week’s story, which quoted Motability’s own figures showing that 35,000 disabled people are expected to lose their vehicles this year as a result of being reassessed for PIP, she said: “It breaks my heart, it absolutely breaks my heart.”

Cockroft said she understands that some people are “playing the system” but she points to her boyfriend, Sam Ruddock, a fellow Paralympic athlete, who has cerebral palsy and has even been turned down for a blue parking badge.

She said: “He can’t even get a blue badge because on a sunny day when he hadn’t trained and he was walking on a flat piece of ground, they said he was too able.

“But what happens when it’s snowing, or it’s wet and he has to walk over uneven ground and he’s had a heavy day walking, and he’s tired? What happens then? Apparently that doesn’t count.

“He just tried to get a blue badge to make life a little bit easier and he didn’t get it. How can you not be disabled if you’re a Paralympian?” 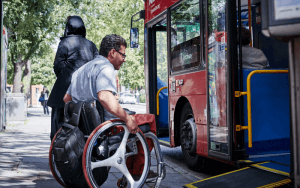