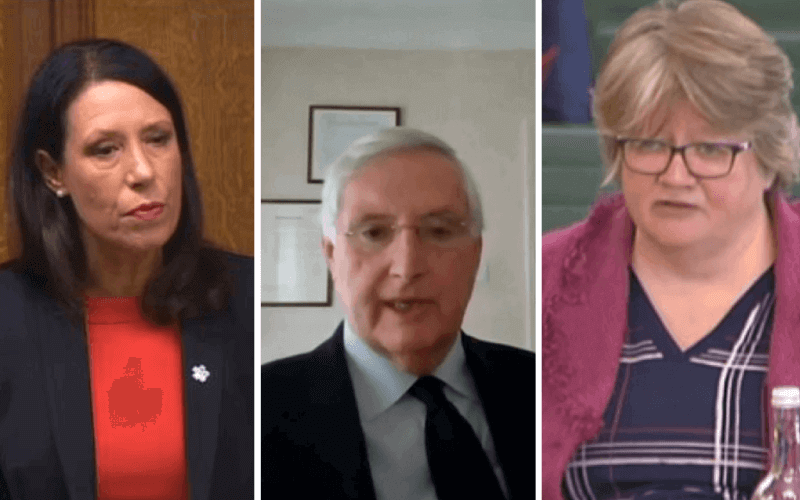 The work and pensions secretary has dismissed the need for a new review into the work capability assessment, despite being told that her own department failed to pass information about its links with claimant deaths to an independent reviewer.

Therese Coffey also appeared to mislead the work and pensions committee yesterday (Wednesday) about evidence that should have been shared with the reviewer in 2013 and 2014.

She had been asked about evidence given to the committee last week by Dr Paul Litchfield, who carried out two independent reviews of the work capability assessment (WCA) in 2013 and 2014, on behalf of DWP.

Litchfield had told MPs on the committee that he believed that DWP had not passed him copies of its secret reviews into benefit-linked deaths, or two prevention of future deaths (PFD) reports sent to DWP by coroners, which called for changes to prevent further deaths and warned of links between the WCA and the suicides of claimants.

Litchfield had suggested that the evidence that DWP prevented him considering could have led to him making further recommendations to improve the assessment.

This may have prevented changes to the WCA that could have saved lives.

But when Labour MP Debbie Abrahams asked her about Litchfield’s evidence, Coffey said: “The coroner is the person responsible for allowing the release of any reports, as far as I’m aware. That certainly wouldn’t be in the department’s gift.”

Coffey should have been aware that PFDs are published on the Courts and Tribunals Judiciary (CTJ) website, because her department was sent a PFD earlier this year, following the high-profile inquest into the death of Philippa Day.

The CTJ website published DWP’s response to the Philippa Day PFD this summer.

Coffey and DWP’s permanent secretary, Peter Schofield, both made it clear that Litchfield’s reviews had taken place before they joined the department.

Coffey told Abrahams: “I don’t know the story or the basis of [Litchfield’s] views that he believes he was not shared information.

Coffey did not comment on why the many DWP peer reviews that made recommendations about the safety of the WCA were not shared with Litchfield.

Abrahams told Coffey that it appeared as if attempts to provide her with evidence about safeguarding concerns were being “rebuffed”.

But Coffey told her: “I’m not convinced we need more reviews in order to inform our plans.”

Abrahams told her in response: “I don’t really know what to say to that, given that I’ve just said that previous reviews didn’t have all the evidence supplied and you’re saying on that basis, ‘I’m still not prepared to do another review.’

“The committee and people watching this will draw their own conclusions, secretary of state. It is a concern.”

Disability News Service (DNS) revealed in 2016 that Professor Malcom Harrington, who carried out three earlier reviews of the WCA for DWP, in 2010, 2011 and 2012, believes that he also was not shown peer reviews that mentioned the WCA, or a PFD sent to DWP in March 2010.

After the meeting, Abrahams, the MP for Oldham East and Saddleworth, said it was “astonishing” that Coffey had “prepared so poorly for the committee” that she had not reviewed the evidence given to the committee the previous week by Litchfield and Paul Gray, who carried out two independent reviews of the PIP assessment system.

She said: “After having said that the government were ‘listening and learning’ from previous mistakes, when presented with such evidence from these independent reviewers, the secretary of state point blank refused to heed their calls for further independent reviews into PIP and work capability assessments, which unfortunately says it all.”

She added: “I will continue to press for the independent reviews into the DWP’s health assessments, as supported by Paul Gray and Dr Litchfield, as well as a full, independent inquiry into the deaths of social security claimants.”