You are here: Home / Benefits and Poverty / Government’s reviewer tells MPs how DWP kept vital deaths evidence from him 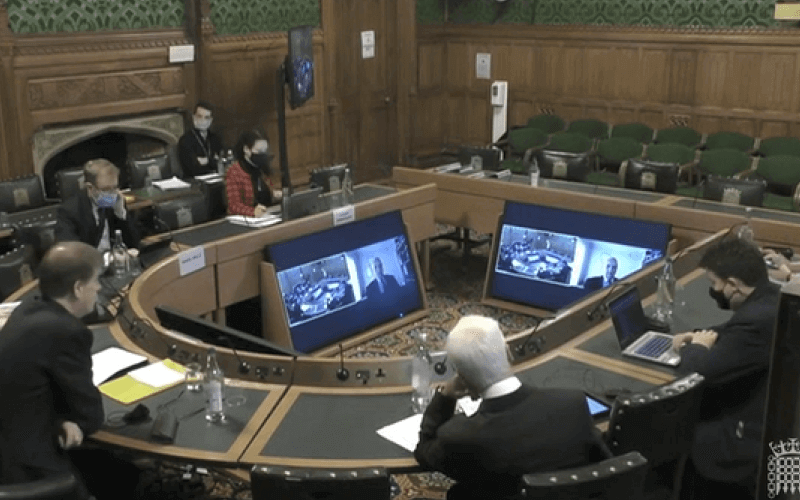 The expert commissioned by the government to review the work capability assessment (WCA) has told MPs that the Department for Work and Pensions (DWP) failed to hand him crucial evidence showing links between the test and the deaths of disabled claimants.

Dr Paul Litchfield confirmed to the Commons work and pensions committee yesterday (Wednesday) that he believed he had not been passed copies of secret DWP reviews into benefit-linked deaths, or two reports sent to DWP by coroners aimed at preventing future deaths of claimants of employment and support allowance (ESA).

And he suggested that the evidence that DWP prevented him considering could have led to him making further recommendations to improve the assessment.

This suggests that DWP’s decision to hide evidence from its independent reviewer may have prevented changes to the WCA that could have saved lives.

It again raises the question of whether former DWP ministers and senior civil servants should be investigated by police for potential misconduct in public office, and it adds weight to calls for an independent inquiry into the links between DWP and countless deaths of disabled claimants.

It was the first time Litchfield has spoken publicly about the claims made first by Disability News Service (DNS) and confirmed two years ago after an intervention by the information commissioner.

Litchfield published his two reviews in December 2013 and November 2014, but neither of his reports mentioned the documents, many of which link the WCA with the deaths of claimants.

In response to a question from Labour’s Debbie Abrahams, who has led parliamentary efforts to expose the links between DWP and claimant deaths, Litchfield said: “As far as I recollect, I did not receive either and I am pretty certain about that.”

When Abrahams asked him how those documents would have influenced his recommendations, he said: “If I had had that evidence available to me, or indeed been told that it was there – you can only ask for stuff if you know that it exists… I would certainly have looked at it and taken it into consideration.”

He said one of his objectives in his two reviews had been to focus on mental health.

Abrahams told Litchfield about government-funded research which concluded in 2015 that the programme to reassess people on incapacity benefit through the WCA was linked to 590 suicides in just three years.

Meanwhile, a disabled people’s organisation that has raised concerns about a “highly secretive” algorithm used by DWP’s computers to identify potential benefit fraudsters, and which appears to disproportionately target disabled people, has launched a crowd-funder to cover its potential legal costs.

If they find evidence that it is unlawful, they plan to challenge DWP in court.

GMCDP says on the crowd-funder page: “To date the government has failed to provide any details about the algorithm.

“We don’t know how it works, how and why people are flagged for investigation, what information or data about us is used in this decision making, how the government is ensuring the rights of disabled people are protected and what checks and balances are in place to ensure that this algorithm doesn’t destroy lives.”

GMCDP says the algorithm is causing “fear, confusion and endless cycles of bureaucracy”, with disabled people living “in fear of the brown envelope” or an out-of-the-blue phone call that fails to explain why they have been “flagged” by DWP.

It adds: “Once flagged by the algorithm, an automated system is kick-started that forces targeted people to repeatedly explain why they need payments in an aggressive and humiliating process that can last up to a year.”

A senior DWP civil servant, giving evidence to the work and pensions committee last week, did not deny that DWP used an algorithm, but he insisted that any decision on action to be taken with a particular claimant “always comes down to an individual”.

Picture: Members of the committee listening to Paul Litchfield’s evidence