You are here: Home / Benefits and Poverty / Company linked to death of PIP claimant gives itself ‘seven or eight out of 10’ 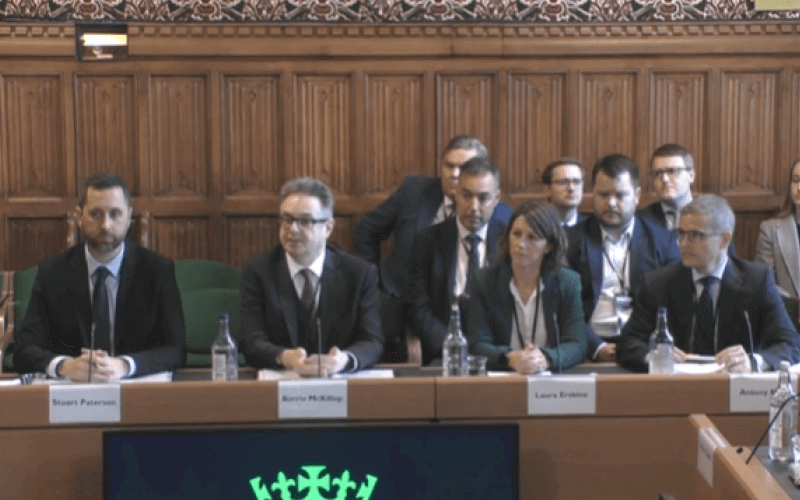 The boss of a private sector contractor has told MPs that he gives his company a mark of seven or eight out of ten for its performance in carrying out disability benefit assessments, despite it being closely linked to the death of a young disabled mother.

The outsourcing giant Capita declared that its performance had improved dramatically since the last time its senior executives gave evidence to the Commons work and pensions committee in December 2017.

Antony King, managing director for Capita Health and Welfare, told the committee this week – as part of its inquiry into benefit assessments – that there had been “huge improvements” since the committee’s subsequent report in February 2018.

Asked to give Capita a mark out of 10 for its performance on the assessment contract for personal independence payment (PIP), he said: “I think maybe it was a four last time, I would say we are probably around a seven or eight now.”

Only last year, a coroner highlighted 28 separate “problems” with the administration of the PIP system that helped cause the death of 27-year-old Philippa Day, from Nottingham.

It took more than two hours for the coroner to read out his conclusions and findings, after a nine-day inquest that uncovered multiple failings by both the Department for Work and Pensions (DWP) and Capita in the 11 months that led up to Philippa’s death in October 2019.

Later in yesterday’s (Wednesday’s) evidence session, King apologised to the Day family for the errors that contributed to Philippa’s death.

But Capita also suggested that it would like to see more “transparency” from DWP around deaths linked to the PIP system.

Labour’s Debbie Abrahams had asked about figures that showed more than 60 people a month died within three months of being found ineligible for PIP, which she said suggested there was “something completely and utterly flawed in the process”.

She then asked how many of DWP’s secret reviews into suicides and other deaths of claimants – so-called internal process reviews – Capita had been told about.

But she said her company would “welcome more transparency around claimants who do die during or after the PIP process” so it could investigate the cases and “understand if there are any further lessons that could be learned”.

Atos*, the other PIP assessment contractor, admitted that the number of disabled people waiting for it to deliver a PIP assessment had risen to 188,000 by the end of last year, although it had now fallen to 167,000.

DWP has told its contractors that the number of new PIP claims has risen by about 20 per cent.

King suggested that some of this was due to claimants reporting having long Covid, an increase in the number of people with mental health conditions, and an ageing population.

But he also suggested that some of the increase could be “linked to the current cost-of-living crisis, as people are looking for further ways to augment their income”.