You are here: Home / Politics / Concern over bill that offers new rights… but only to people with Down’s syndrome 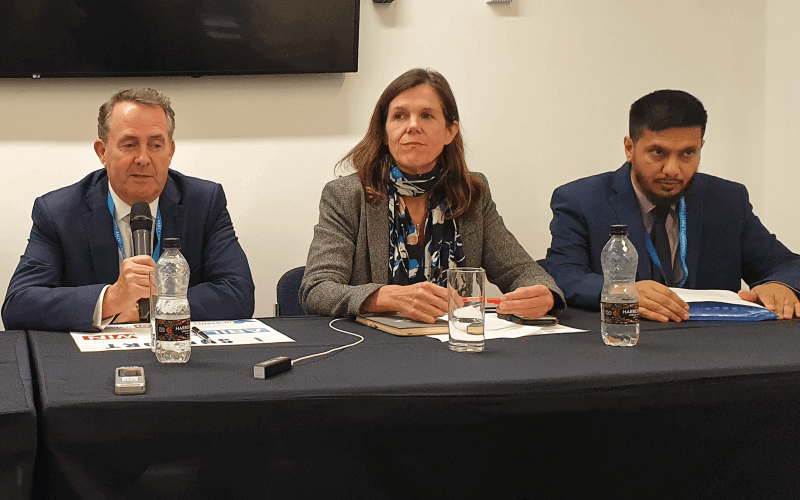 Concerns have been raised about a government-backed bill that would provide new rights to social care and other services, but only to a small minority of people with learning difficulties.

The Down syndrome bill is due to receive its second reading in the House of Commons tomorrow (Friday), and the government has given the private members’ bill its support, which gives it a strong chance of eventually becoming law.

The bill was drawn up by former defence secretary Dr Liam Fox, after meeting Annabel Tall, who stood for the Conservative party at the 2019 general election in Bath, and has a son, Freddie, with Down’s syndrome.

The short bill has just a few simple clauses and would ensure that councils and other relevant public bodies – such as NHS trusts and schools – would have to have “due regard” to new guidance.

That guidance – which would be issued by the government – would explain the steps that it would be “appropriate” for the public body to take to meet the needs of people with Down’s syndrome in its area on social care, health, education and housing.

But Andrew Lee, director of People First (Self Advocacy), said he was concerned that the bill “just singles out a small group of people with learning difficulties… and forgets the rest of us”.

He said the disabled people’s movement had been telling the government “for a very long time” that the answer to the social care crisis was through a new National Independent Living Support Service, but that it has “not been listening”.

Lee said the bill had taken a medical model approach to addressing the barriers faced by people with learning difficulties, and disabled people in general, because it focused only on people with a particular impairment.

He also said the bill’s call for councils and other public bodies to have due regard to government guidance was “not strong enough”, as it would only be saying “please can you” rather than “you must”, “you’ve got to” or “you have to”.

And he said he was worried that people with Down’s syndrome would worry about other people with learning difficulties not having access to services that they might now have access to because of the legislation.

Fox (pictured, above, left) said at a fringe event at last month’s Conservative party conference that they had chosen people with Down’s syndrome to be the subject of the bill because they all had an “absolutely clear diagnosis”, which meant their rights would be “watertight”.

He said: “It sets a precedent that can be followed later on in other areas. If we can get a foothold in this, and it creates a precedent, others can follow.” 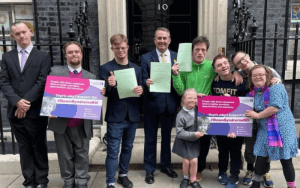